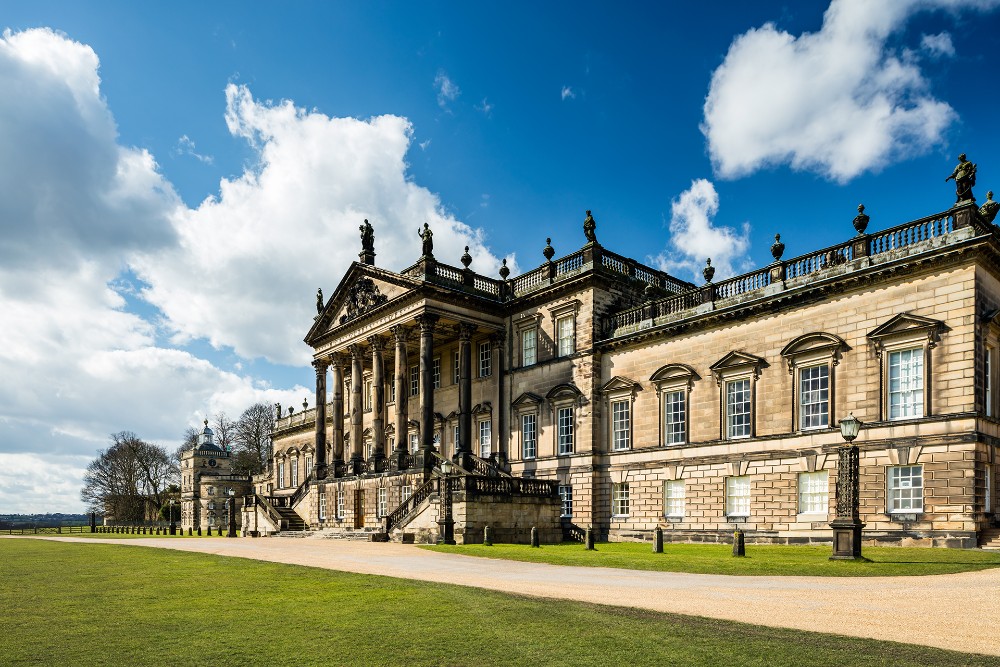 Is it really four years since Downton Abbey was last on our TV screens? Blue Badge Guide Kirsty Wardle takes a look at the new box office hit, Downton Abbey the movie.

“The globally popular ITV series ran for six seasons from 2010 to 2015. It’s back, but this time on the silver screen in cinemas, following the lives of the Crawley family and their households and set in the fictional Yorkshire estate situated somewhere between York, Thirsk, Ripon and Easingwold. Although set in Yorkshire very little of the original TV series was actually filmed in ‘God’s Own County’. This time around Yorkshire is represented in glorious technicolour by two of it’s great houses, Harewood House and Wentworth Woodhouse, the North York Moors Railway, the streets of Little Germany in Bradford and further north in County Durham. Several scenes were filmed at Beamish, Living Museum of the North. 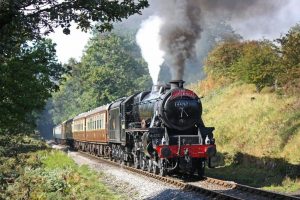 During the opening credits, we see the North York Moors Railway’s Pickering station doubling up for King’s Cross Station in London with the help of computer-generated imagery and cinematic trickery. An important invitation from Buckingham Palace to host a Royal visit from King George V and Queen Mary is in the postbags being loaded onto the train and a mysterious stranger is boarding and heading north to Yorkshire and Downton Abbey. The North York Moors Railway is a heritage railway that runs through the North York Moors National Park which was first opened as the Whitby and Pickering Railway in 1836 as way of opening up the inland trade routes from the fishing port of Whitby.

Today visitors can travel along the route powered by steam and diesel engines pulling vintage carriages including the teak ones used in the film.

Harewood House, home to the Earls of Harewood near Leeds, plays itself in the Downton Abbey film. It was built between 1759 and 1771 by the “Fab Four” of the period – architects John Carr of York and Robert Adam, landscape designer Capability Brown and furniture designer Thomas Chippendale for Edwin Lascelles, 1st Baron Harewood. In the film, we first see Harewood as Ladies Cora, Mary and Edith visit Mary, Princess Royal and Countess of Harewood for afternoon tea. Here the fictional and real-life meet as Princess Mary, the third child and only daughter of King George V and Queen Mary really did live at Harewood with her husband Henry Lascelles, who became the 6th Earl. Scenes here were filmed in the Yellow and Cinnamon Drawing Rooms, the Long Gallery and the Terrace. Downton Abbey fans will also feel that Harewood’s impressive kitchens look familiar too as they were the inspiration for the studio set kitchens that we have seen in the original series. 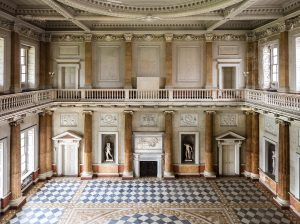 The plot for the new Downton Abbey film is based around a real visit to South Yorkshire in 1912 by King George V and Queen Mary, who stayed at Wentworth Woodhouse for four days as the guests of the Earl Fitzwilliam, whose family fortune came from coal mining. During their visit a ball was held in their honour in the magnificent 60ft square Marble Saloon, said to be the most perfect Georgian room in England. In the film we see the Marble Saloon being used to recreate this scene, and playing the ballroom at Harewood House for a ball to which the Crawley family are invited during the Royal visit to Downton Abbey and Yorkshire.

Wentworth Woodhouse is a fascinating building and said to have the longest façade of any home in Europe at 606ft long. Built for the 1st Marquess of Rockingham circa 1735, it is in fact house of two halves, with the earlier West front being in the English Baroque style, while the spectacular and most photographed East front is Palladian.

For many decades the house has not been open to the public but this has now changed since its purchase from private ownership by the Wentworth Woodhouse Preservation Trust in 2017. The Trust is now undertaking a £130m masterplan to bring the building back to life. Currently it’s not a traditional visit to a stately home as that spectacular East front is clad in scaffolding and the majority of the rooms on show are empty. But what makes Wentworth Woodhouse so captivating is it’s scale and grandness along with the current opportunity to take a tour high above the rooftops to see the vital repairs to the vast roof being undertaken by heritage craftsmen.

Kirsty Wardle is a Blue Badge Guide working in Yorkshire. She specialises in architectural history and runs Downton Abbey tours.