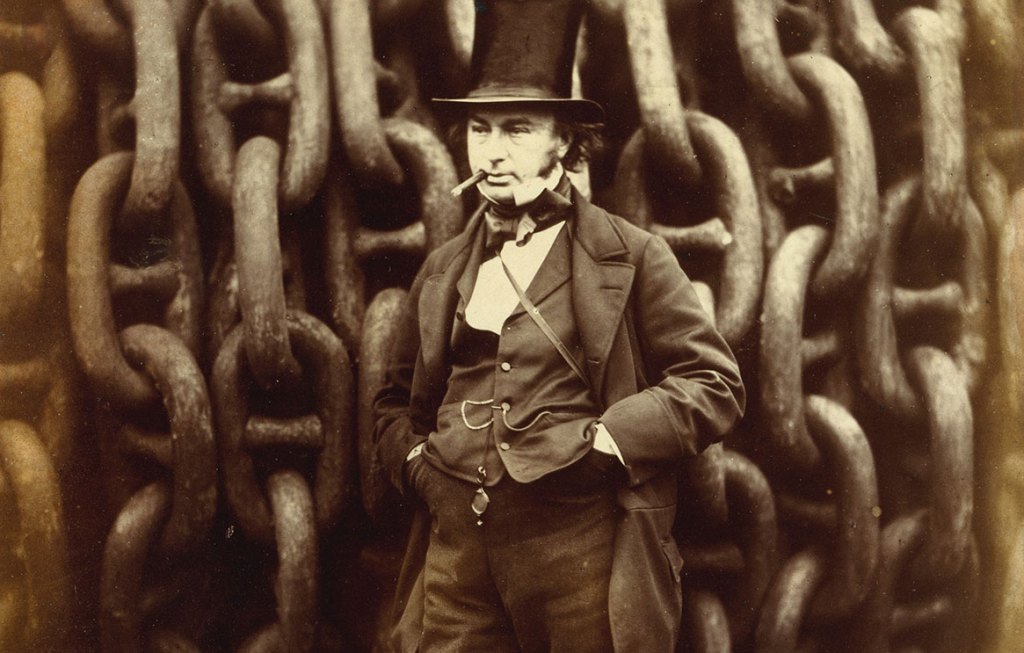 One of the greatest engineers of the Victorian era was born on 9 April 1806. Isambard Kingdom Brunel was one of the giants of the Industrial Revolution, building dockyards, tunnels and bridges (including Bristol’s Clifton Suspension Bridge), the Great Western Railway from Paddington to the west country, and huge steamships, including the Great Eastern, the Great Western and the Great Britain.

Brunel’s father – Marc Isambard Brunel – built the Thames Tunnel between Rotherhithe and Wapping. This was a project that took 18 years to complete and almost cost the young Brunel his life when the tunnel flooded and the unconscious Isambard was pulled from the water moments from death. The tunnel is now part of London’s overground railway, and the Rotherhithe end is the home to London’s Brunel Museum.

It’s Brunel’s work for the Great Western Railway that particularly still gets the admiration of engineers and railway fans. He set the standard for effective railway building, by using careful surveys to minimise grades and curves, and bridges, viaducts, and tunnels to cut through the countryside. This includes the two-mile-long Box Tunnel through Box Hill between Chippenham and Bath. (There is a story that the tunnel is so precisely aligned that light shines along the tunnel on the morning of Brunel’s birthday – this seems to be a myth, although the sun does illuminate the tunnel on one morning in the first week of April.)

You can find out more about Brunel’s work in our Guide magazine article, where South West guide Mike Rowland explains about Brunel’s engineering legacy in Bristol.