Edward was the son of the leading Yorkist in the dynastic struggle against the Lancastrians which began in 1455. When Edward’s father, Richard Duke of York was killed at Wakefield in 1460, Edward inherited his claim. With the support of the powerful Earl of Warwick, known as ‘the kingmaker’, Edward defeated the Lancastrians in a series of battles, culminating in the Battle of Towton on 29 March 1461. With the Lancastrian king, Henry VI, overthrown, Edward was crowned King Edward IV on 4 March 1461. 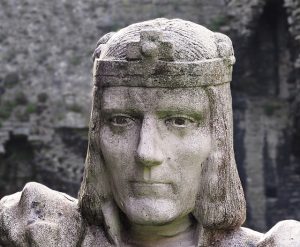 In 1464, Edward married a commoner Elizabeth Woodville and Warwick was furious as he had been busy arranging a foreign marriage and was not happy with the favours now bestowed on Elizabeth’s relatives. He allied himself to Edward’s brother George, Duke of Clarence, and led a revolt against the king.

He fled to France where he joined up with the forces of Margaret of Anjou, wife of Henry VI. Margaret’s Lancastrian army invaded England in September 1470 and Edward fled to the Netherlands with his brother Richard Duke of Gloucester. They returned in March 1471 and at the Battle of Barnet, Edward defeated and killed the Earl of Warwick before defeating the Lancastrian army at Tewkesbury in May. Henry VI was put to death in the Tower. 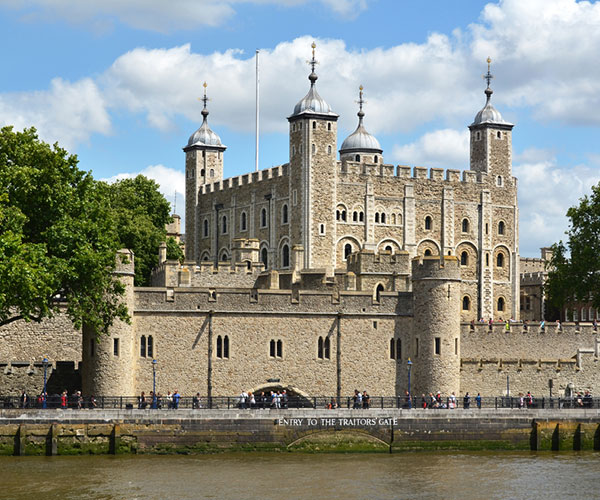 Henry VI was put to death in the Tower of London

The second part of Edward’s reign, from 1471 to 1483 was a period of relative peace and security. He used income from the Crown Estates to pay government costs and trade was revived by treaties, internal order and external peace which benefited custom duties and other revenues.

Edward died on 9 April 1483 and was buried in St George’s Chapel in Windsor Castle. His wife Elizabeth Woodville joined him later in 1492. His tomb can be viewed by visitors along with his coast of arms and badge on the vaulted ceiling and his image and that of his wife on the nearby stained glass windows.”

Deborah Keenan is an experienced South of England guide who specialises in Royal tours and tours of Windsor Castle and St Georges Chapel.