When you think of Chelsea (the district in SW London not the one on Manhattan’s Lower West Side I mean) what image do you conjure up in your mind? Is it the millennial excess of Channel 4 TV’s Made in Chelsea, the Sloane Rangers of the 1990s, those punks of the 1970s and 80s – or the fab crowd of the 1960s in their psychedelic gear and mini skirts?

Maybe you first think of the Kings Road and a world-famous football team? Or is it the Chelsea of Chelsea Pensioners and the Flower Show? Perhaps, for you, it’s all about the timeless river, elegant properties and beautiful garden squares. Chelsea is, of course, the sum total of all of these things.

The word Chelsea derives from Chelcheya, meaning either ‘chalk wharf’ or ‘shelf of sand’ – implying a landing place for a boat. Chessil Beach on Dorset’s Jurassic Coast and Selsey, the Sussex coastal resort have the same derivation. 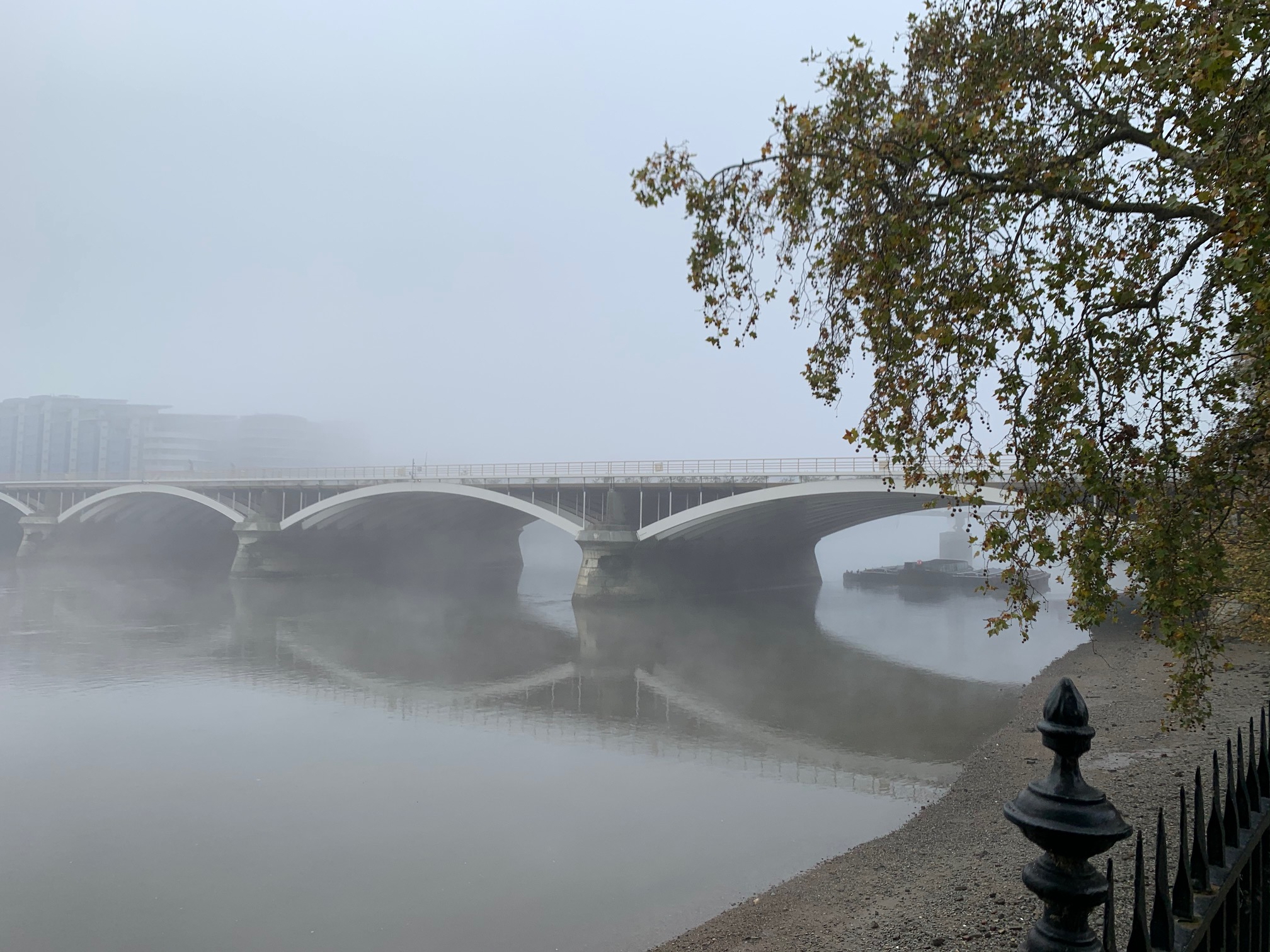 The name Chelsea derives from Chelcheya – meaning a landing place by the water. Image by @Mrlondoner

Offa, King of the Mercians (famous for Offa’s Dyke, the vast earthwork that separates England and Wales) assembled his lords and clergy here at his synod in AD 787. Chelsea also gets a look-in in the Doomsday Book. This was William I’s 1068 ‘Great Survey’ of the nation. England was the newly conquered territory of the Norman king, who had invaded and claimed the throne in 1066, changing the course of British history forever.

Roman bones and British weapons discovered on the river bed during the construction of Chelsea Bridge in 1851 reveal an earlier invasion. They show us that a pitched battle was fought here during the early part of the first century. In those days Chelsea lay some distance beyond the walls of Londinium, the Roman walled town in the present-day City of London.

A place in the country

Chelsea’s close proximity just up river from political Westminster and Whitehall and aristocratic St James’s made it a natural retreat for royal courtiers and wealthy gentlemen. During the 16th century, the neighbourhood became ‘A Village of Palaces’. Late medieval mover-and-shaker Sir Reginald Bray was a wealthy 15th-century linen merchant. He came to the aid of a cash-strapped Henry VII and bankrolled the completion of St George’s Chapel in Windsor. Sir Reginald set up home in Chelsea in the late 1400s and Bray Place is named after him. Henry VIII’s Chancellor Thomas Moore, who was born just along the river at Putney, also constructed his palace here. 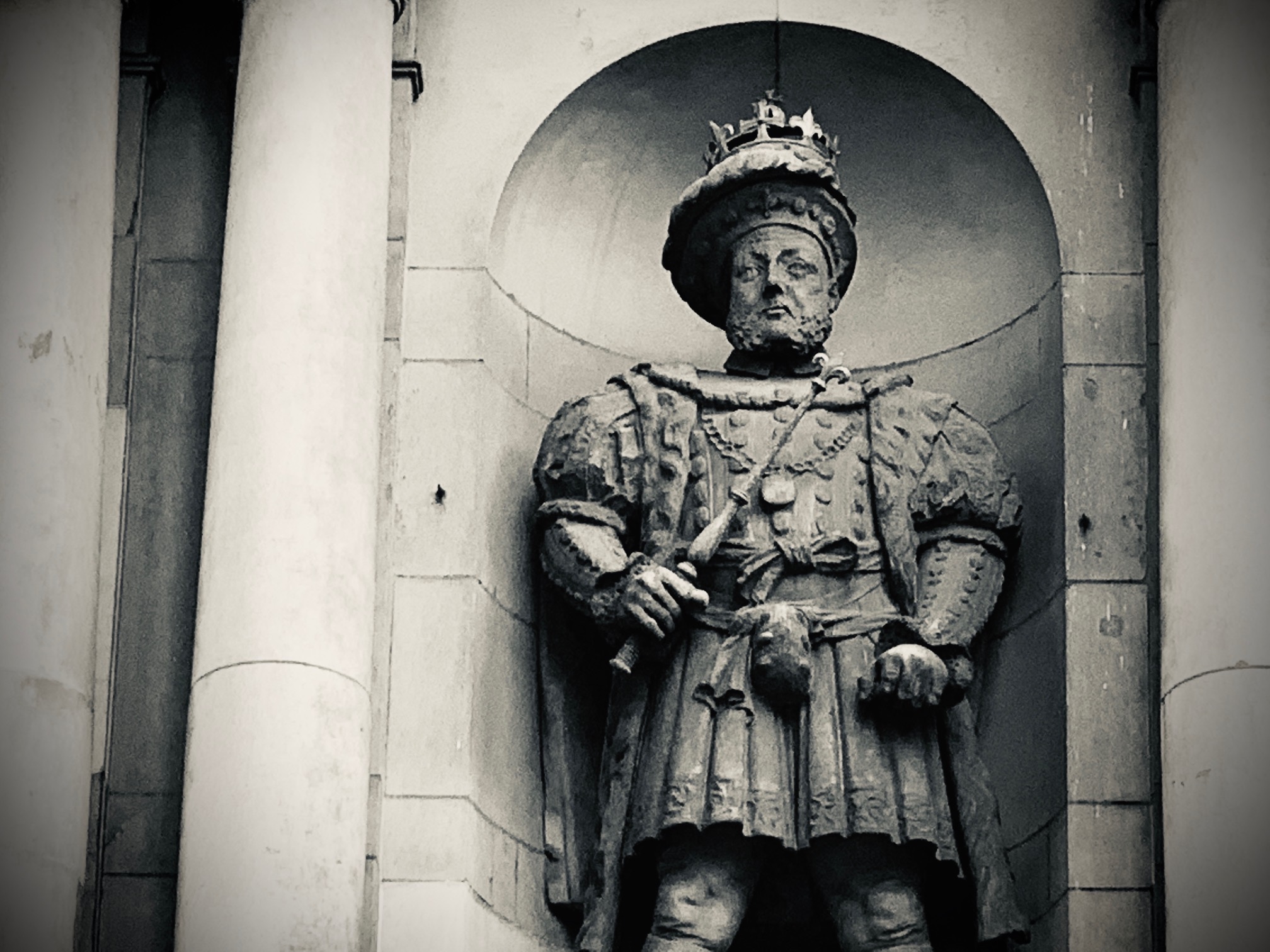 Henry VIII loved a palace. He built 60 of them. Included among them was Chelsea Manor, constructed in 1536. Henry’s fourth wife, Anne of Cleves, died there in 1556 and Elizabeth I spent much of her childhood within its brick walls. Chelsea Manor remained in royal and aristocratic hands until it was seized by Parliament in 1653. Ten years later Charles Cheyne, 1st Viscount Newhaven, purchased it. He is buried in Chelsea Old Church and Cheyne Walk is named after him. In 1712 Hans Sloane bought and leased the property. He eventually moved in with his huge natural history collection. It was this content that formed the basis for the British Museum, which opened to the public in 1759, following Sloane’s death in 1753. Chelsea remembers him in Hans Crescent and Sloane Square.

The Royal Hospital Chelsea was established in 1682 as a retreat for old soldiers. Its creation was at the behest of ‘Merrie Monarch’ Charles II, looking to build his own legacy. His famous mistress Nell Gwynne was an early benefactor. Its architect was Christopher Wren, who built St Paul’s Cathedral and many city churches following the Fire of London in 1666. Today old soldiers – about 300 men and women arranged into six divisions – call the place home. They remain a distinctive sight around town in their crimson tunics. Margaret Thatcher, who died in 2013, and her husband Denis are both interred in the Hospital’s burial ground.

The Hospital also hosts the Royal Horticultural Society’s Chelsea Flower Show. It’s held every May in a tradition that began in 1912 and remains a world-famous event. The district has long associations with gardening and medicinal plants. The Chelsea Physic Garden on Swan Walk was founded here by the Apothecaries Company in 1676. Some of the first cedar trees in England were planted here. It’s also home to the country’s first rock garden.

Although today we think of Chelsea as a wealthy area, it wasn’t always so. And to this day elements of social deprivation remain in the borough. Initially, artists came to Chelsea because property was cheaper in this partially undiscovered hamlet just outside London. The Covent Garden-born 19th century painter Joseph William Mallord Turner, who loved ships and seascapes, established his home on Chelsea Embankment. He died at a house on Cheyne Walk. American artist James MacNeill Whistler (1894-1903) called the place home as did Dante Gabriel Rossetti (1828-1882).

In 1848 Rossetti founded the Pre-Raphaelite Brotherhood group of artists with John Everett Millais and William Holman Hunt. The PRB, as it became known, believed in an intensity to their art and poetry – and truth to nature. The group rejected the formal ‘mannerist’ style of painting and what they saw as the mechanist work of fashionable portrait artists. Principal among their targets was the founder of the Royal Academy, Sir Joshua Reynolds, whom they disparagingly called ‘Sir Sloshua’.

The Chelsea Arts Club was founded by the neighbourhood’s painters, sculptors and fine artists in the 1890s on the Kings Road. It has been at its present home at 141 Old Church Street since 1902. The Chelsea School of Art opened on Manresa Street in 1965. It’s now part of the University of the Arts London (UAL), with its HQ on Millbank, in neighbouring Pimlico.

The Chelsea Porcelain Works were founded in Lawrence Street in 1745. This part of south-west London was famous for its ceramics and pottery. Although you have to go to 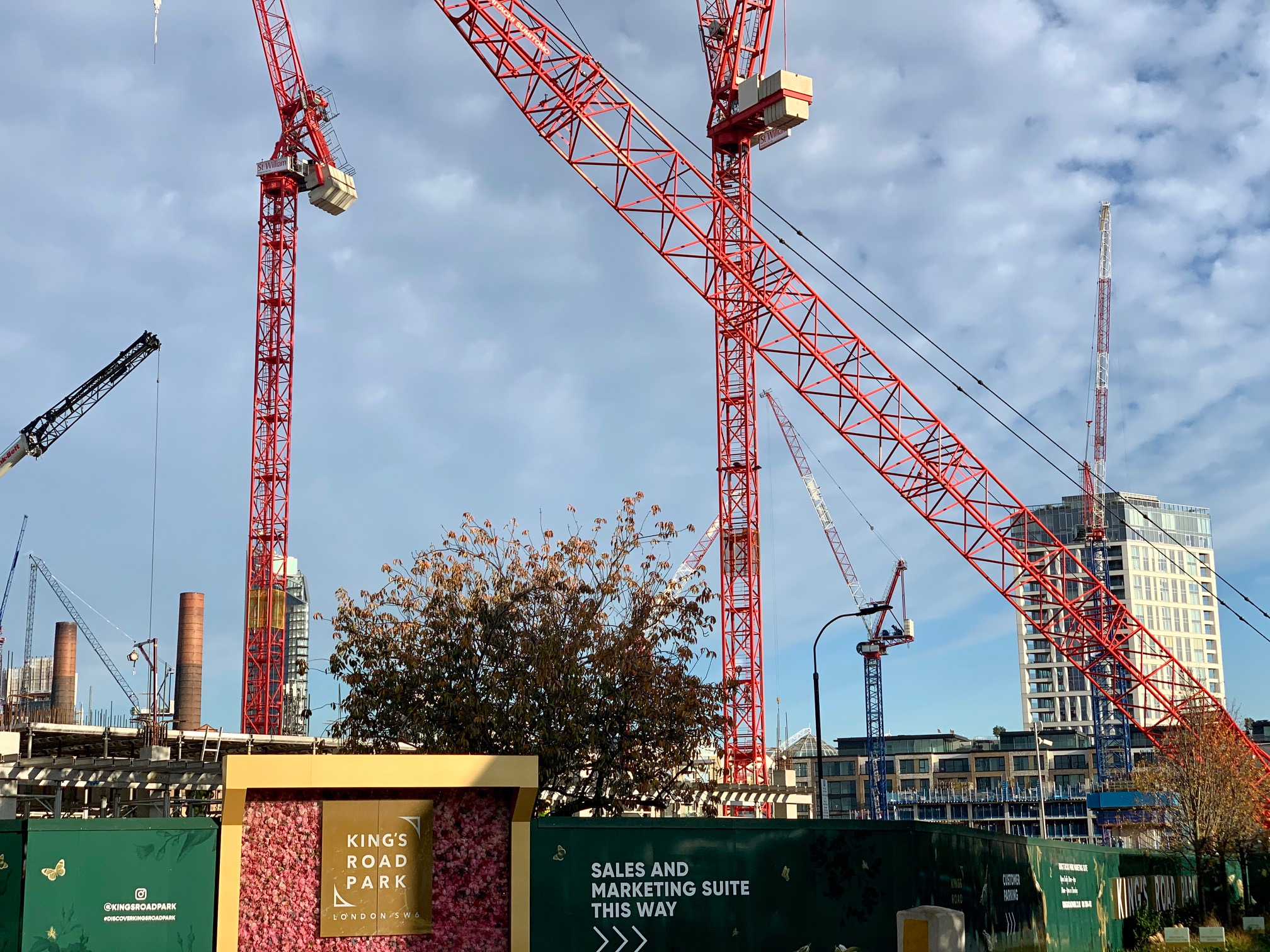 Chelsea, however, is still home to independent makers and small-scale businesses. The Designers Guild was founded by Tricia Guild in 1970. It now has a £50m turnover and a global reputation. Its King’s Road showroom is still going strong. Jeremy Hackett founded menswear specialists Hackett in the New Kings Road in the 1980s. Just around the corner you can buy a classic American motorbike from Harley Davidson.

A little bit of Toast

Toast on the Kings Road makes eclectic clothes for women and undertakes to repair any of their damaged or worn garments for free. This is an impressive commitment to customer service and sustainable living in an age of fast fashion. Archie Foal is an exciting independent maker on the New Kings Road: it began as a market stall selling socks. Today it offers high-quality men and women’s wear with a focus on traditional making and a commitment to a greatly reduced eco-footprint. David Mellor’s Sheffield-made cutlery can be found in the company’s showroom, just north of Sloane Square. Mellor died in 2009. His son Corin runs the company today. His father’s ethos – that good design can improve our lives – remains as strong as ever. 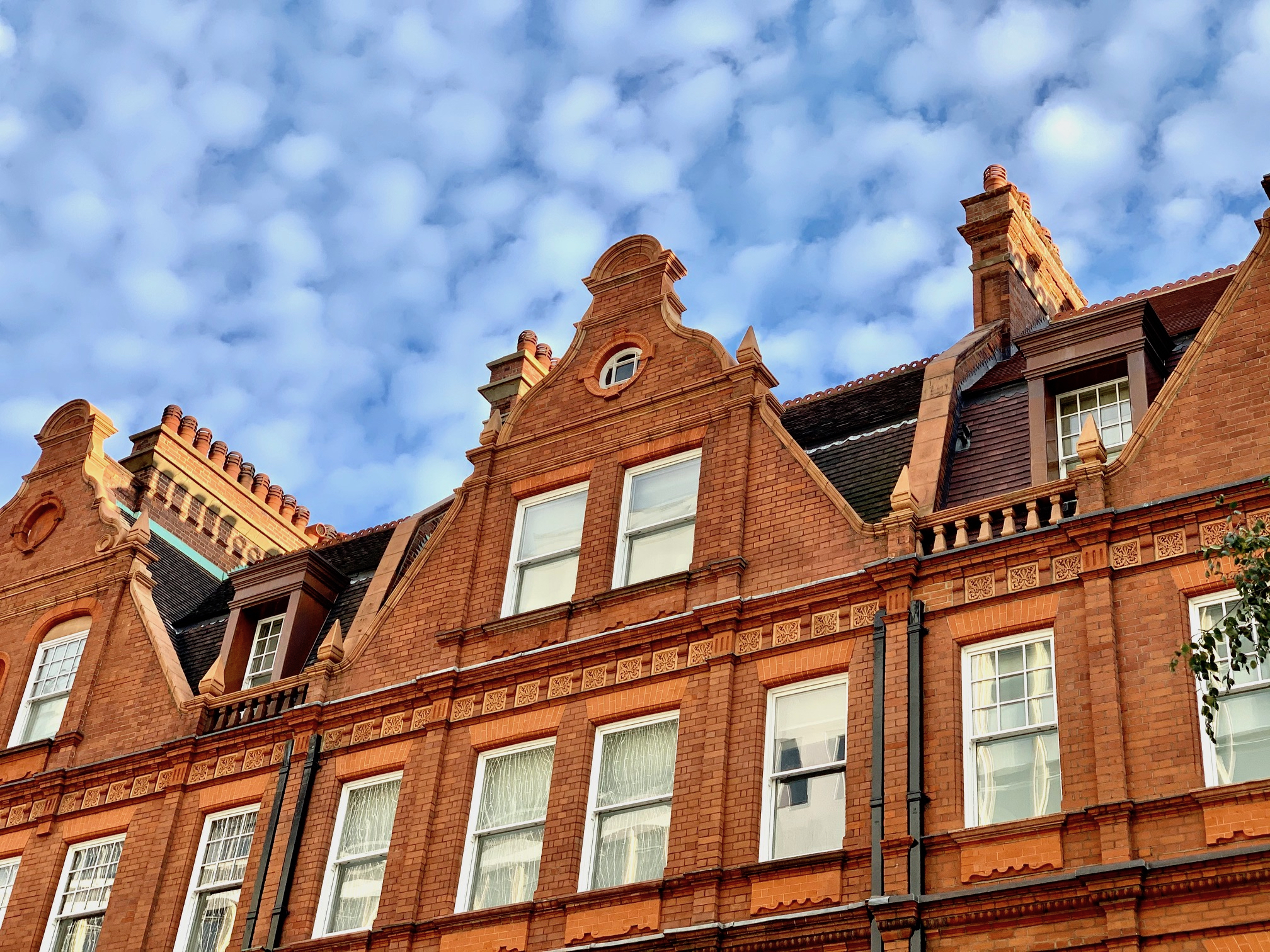 The borough is home to some exciting buildings. Each has a story to tell. The King’s Road is home to some fine red-brick gabled buildings in the Gothic Revival style. The streets branching south off the King’s Road are dominated by neat and respectable-looking Edwardian mansion blocks. Sydney Street is home to the church of St Luke’s. Charles Dickens was wed to Catherine Hogarth here in 1836. It turned out to be an unhappy marriage. Celebrated Welsh dramatist Emlyn Williams (1905-87) lived in nearby Dovehouse Street. Williams made a career out of playing Charles Dickens in his one-man shows, which toured America. Right nearby is Markham Square, the perfect London square, laid out in 1836. 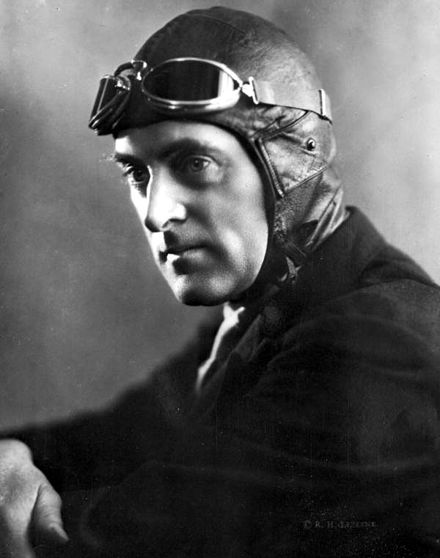 Peter Jones has an amazing architectural first – the UK’s first curtain wall. This creates dramatic and spacious window displays unencumbered by engineering or structural reinforcement. The former Bluebird Garage was built for the Bluebird Motor Company in 1923. Its Art Deco architecture by Robert Sharp embodies the heady days of motoring pioneers like co-owner Malcolm Campbell, who won nine world speed records and was the first person to drive at over 300 miles an hour, in his famous car – the Bluebird. Today the engine pits, motor parts and oily rags are all long gone. But you can dine well here and enjoy stylish shopping for the home. 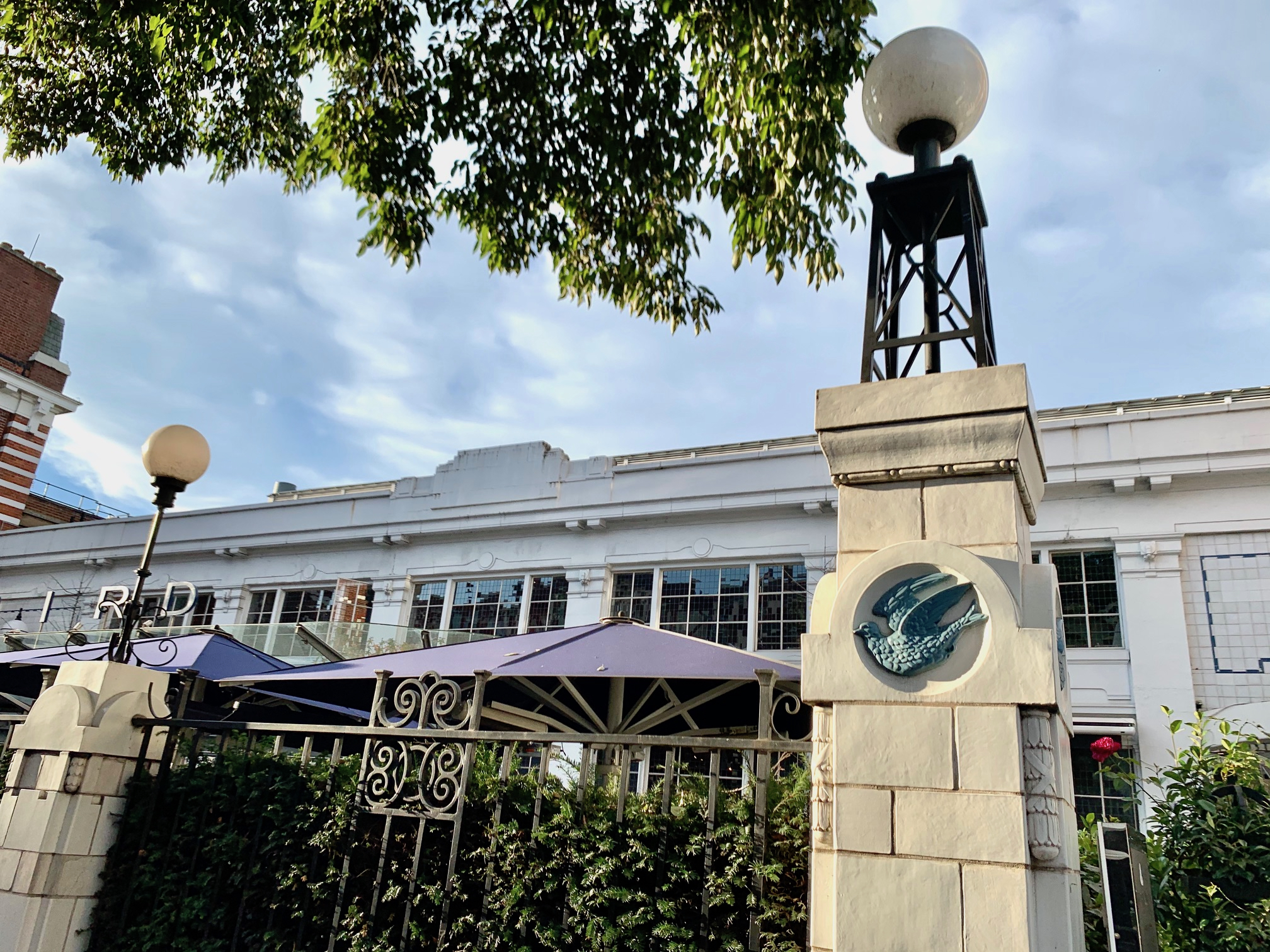 Perhaps your taste is for something more contemporary. Veteran actor Sir Michael Caine, star of classic 60s and 70s films like the Italian Job and Get Carter, is still making movies today. He has a pied-à-terre in Chelsea Harbour and enjoys its sweeping river views.

Chelsea’s appeal isn’t lost on other high-profile creative types. Paul Smith, Eric Clapton and Paloma Picasso all have homes here. They, like so many others before and after, have come to love the ebb and flow of this place by the river.

Mr Londoner is broadcaster, writer and a former director of the Museum of London director Antony Robbins.