A stroll through London’s Chinatown is like a journey through a different time and place. This extraordinary district is sandwiched between Trafalgar Square to the south and Soho, London’s most bohemian neighbourhood, to the north. Covent Garden with its tourist-filled piazza lies to its east. Over on Chinatown’s west side is busy Piccadilly and the affluent West End beyond.

Walking along Lisle Street and into Rupert Street, past restaurants and supermarkets and through a lively, colourful – sometimes chaotic – neighbourhood, seems to confirm Chinatown has been here in Soho forever. Appearances can be deceptive. Chinatown, as we know it today, wasn’t properly established until the early 1970s. But new research from the China Exchange shows Chinese businesses had operated in Soho from the early 1900s. “As new migrants arrived throughout the 1960s, they started to develop restaurants and build other enterprises, in what we now know as Chinatown, rather than in war-torn Limehouse,” said Freya Aitken-Turff, the China Exchange’s Chief Executive Officer. 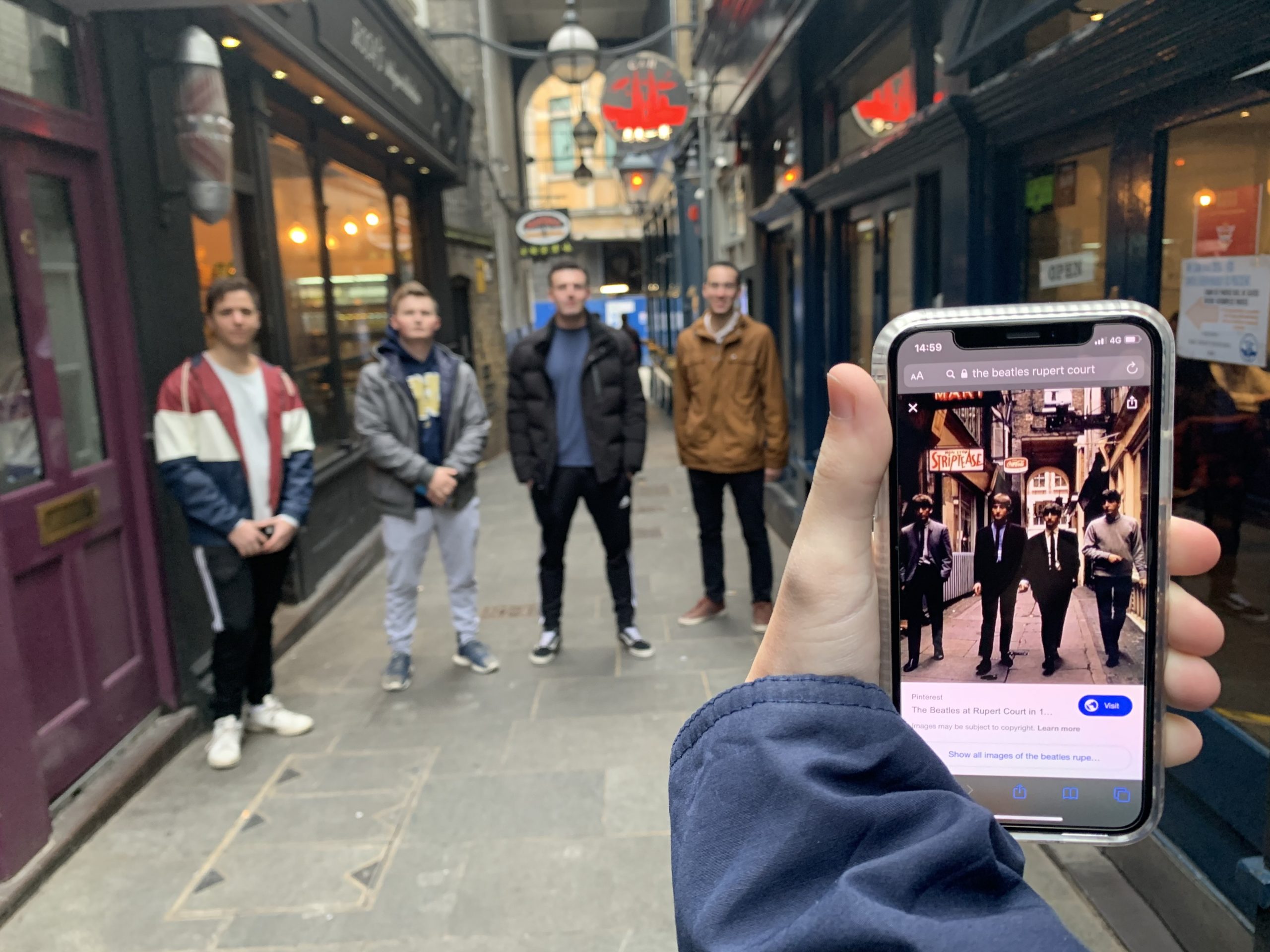 Rupert Court in Chinatown was the loaction of one of the Beatles’ earliest photo shoots.

Limehouse is in the heart of the East End: it was here that London’s pioneering Chinese community first established itself in the Victorian and Edwardian era. Chinese men worked on the ships that drove trade across a vast empire. Many others them set up laundry businesses serving the docks and east London’s dockside communities.

The Second World War took its toll on the neighbourhood. Many members of the Chinese community were bombed out of what were, even then, sub-standard Victorian tenements. The docks themselves declined over the following twenty years, put out of business not by Hitler’s bombs, but by changes in the shipping industry. The growth of containerised freight required deep water ports, which had to be built further along the Thames Estuary. The Docks closed down in the 1960s. They remained derelict until their 1980s re-invention as a high-rise international financial hub. 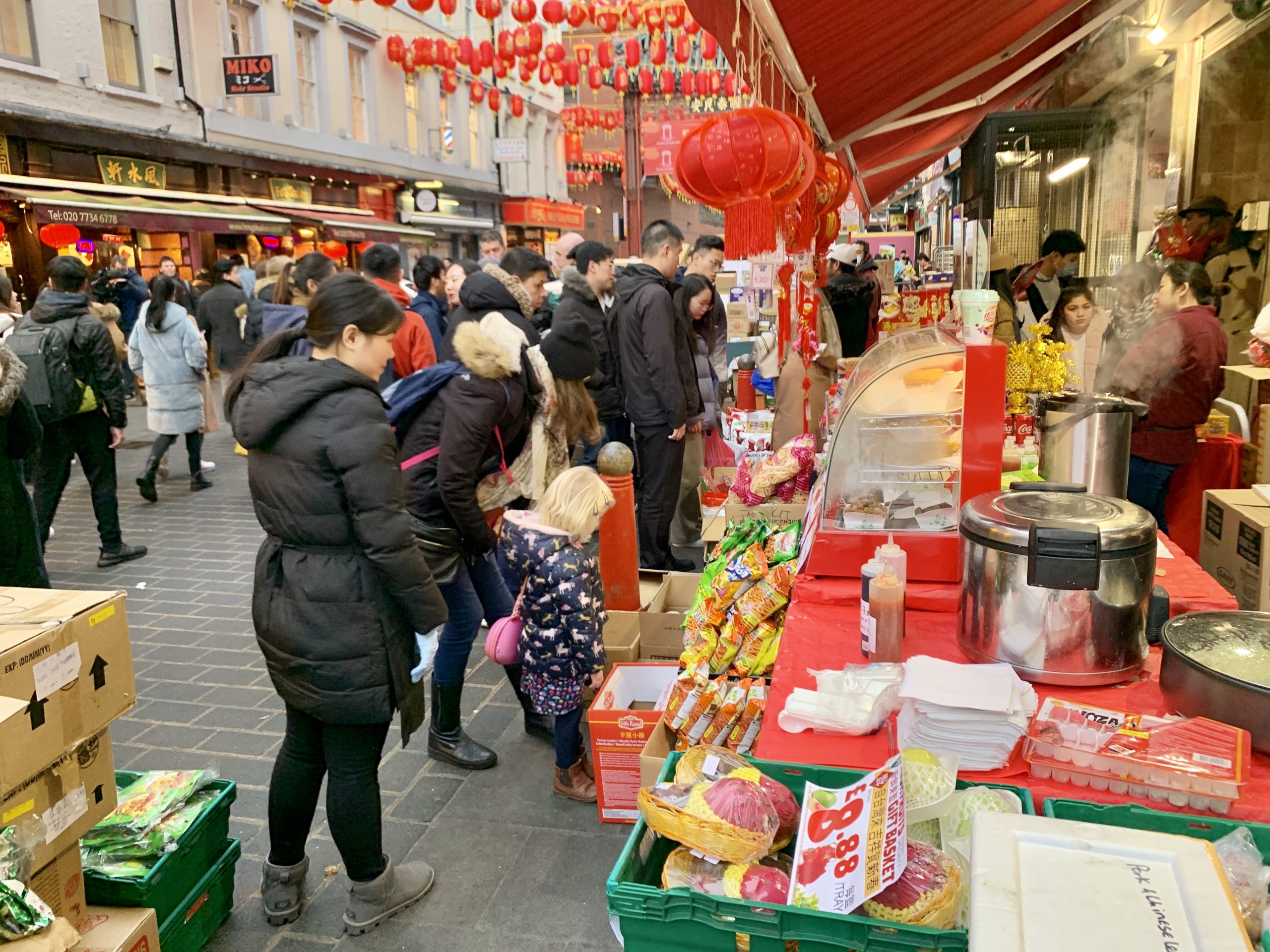 The Chinese community didn’t stand still during this period either. People dispersed, some moved away, others stayed in the East End. Many families headed west to Soho, where rents in the 40s and 50s were cheap. The 60s saw community numbers swell with the arrival of people from the coastal province of Guandong (Canton) and the then British territory of Hong Kong. The focus of local people’s business interests changed too. Quick to spot an opportunity, Chinese restaurants started to appear. They not only attracted Asian diners, but also adventurous Britons, some of whom had acquired a taste for Chinese cuisine on active service overseas. Soho has a long-standing tradition of welcoming newcomers – and by the 1970s Chinatown was well and truly on the map.

Not only did we Brits get a unique taste of (what at the time was mainly) Cantonese cooking, the Chinese community introduced us to such exotic ingredients as noodles; garlic; vegetable oil, soy sauce; chilli and ginger. All of these foodstuffs were a revelation to the British palate of the 50s and 60s, accustomed to bland and grey food – justly criticised by almost every overseas visitor at the time. Rest assured it’s all very different now. And the food served in gastro pubs, that we now proudly call ‘Modern British’, owes much to Chinese, Indian, French, Italian, Spanish and Portuguese chefs who transformed British cooking post-war. 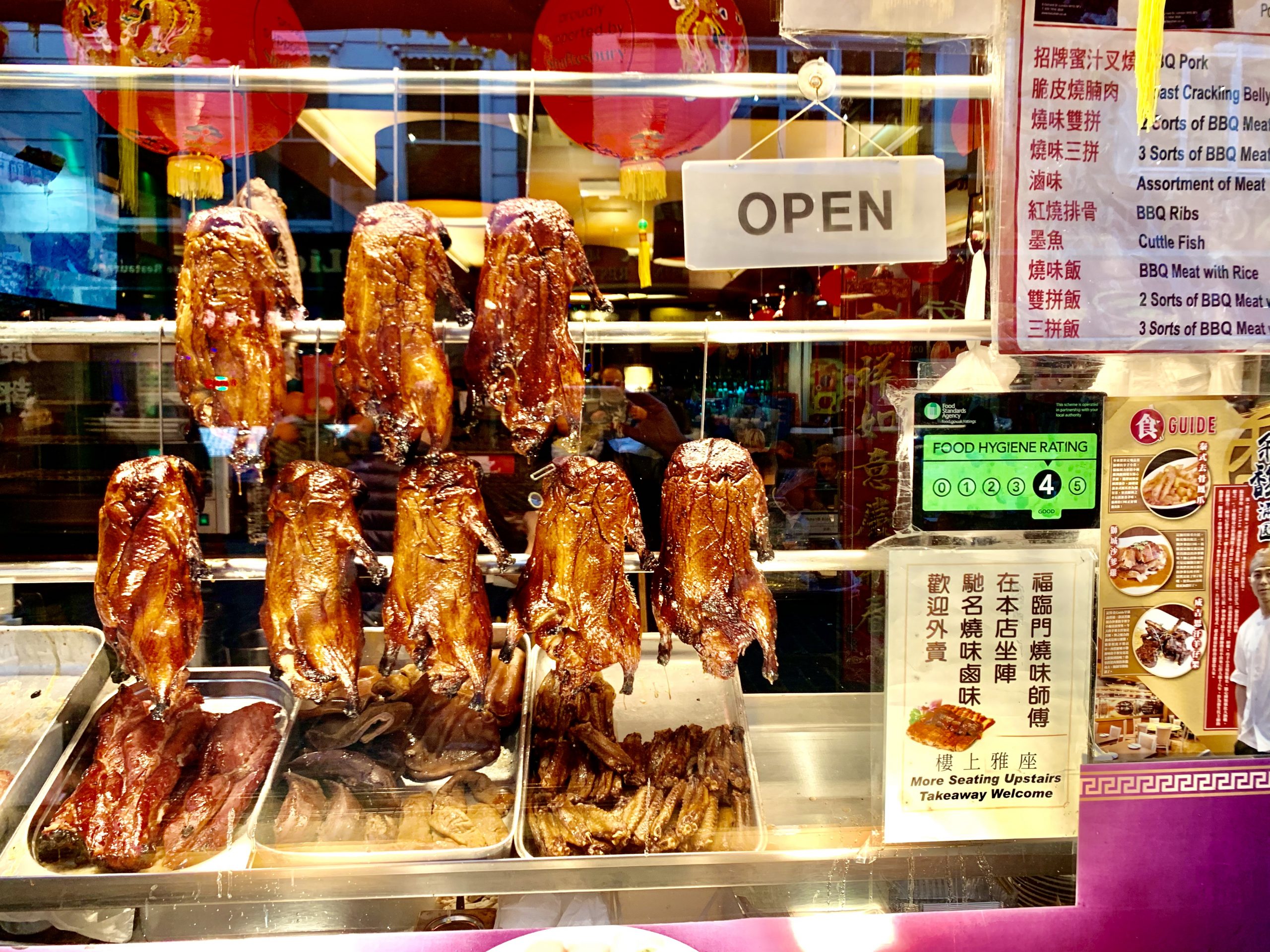 The See Woo Supermarket in Lisle Street has two claims to fame. A plaque on the wall reveals that the building – then an electrical engineering workshop – produced the world’s very first TV sets. In its subsequent re-incarnation as a supermarket, the company imported the first Pak-Choi into Britain. Today that favourite stir-fry ingredient can be found in supermarkets nationwide.

The brilliant work done by a range of community organisations, like the China Exchange, has helped tell the story of Chinatown. However, the contributions of the Chinese community to British history – especially during two World Wars – are not as well-known as they might be. A crowd-funding campaign has been launched recently to help record and promote the Chinatown story. The plan involves creating new neighbourhood plaques and history panels and the training of local community guides to help celebrate this unique London locale. Click here for more details.