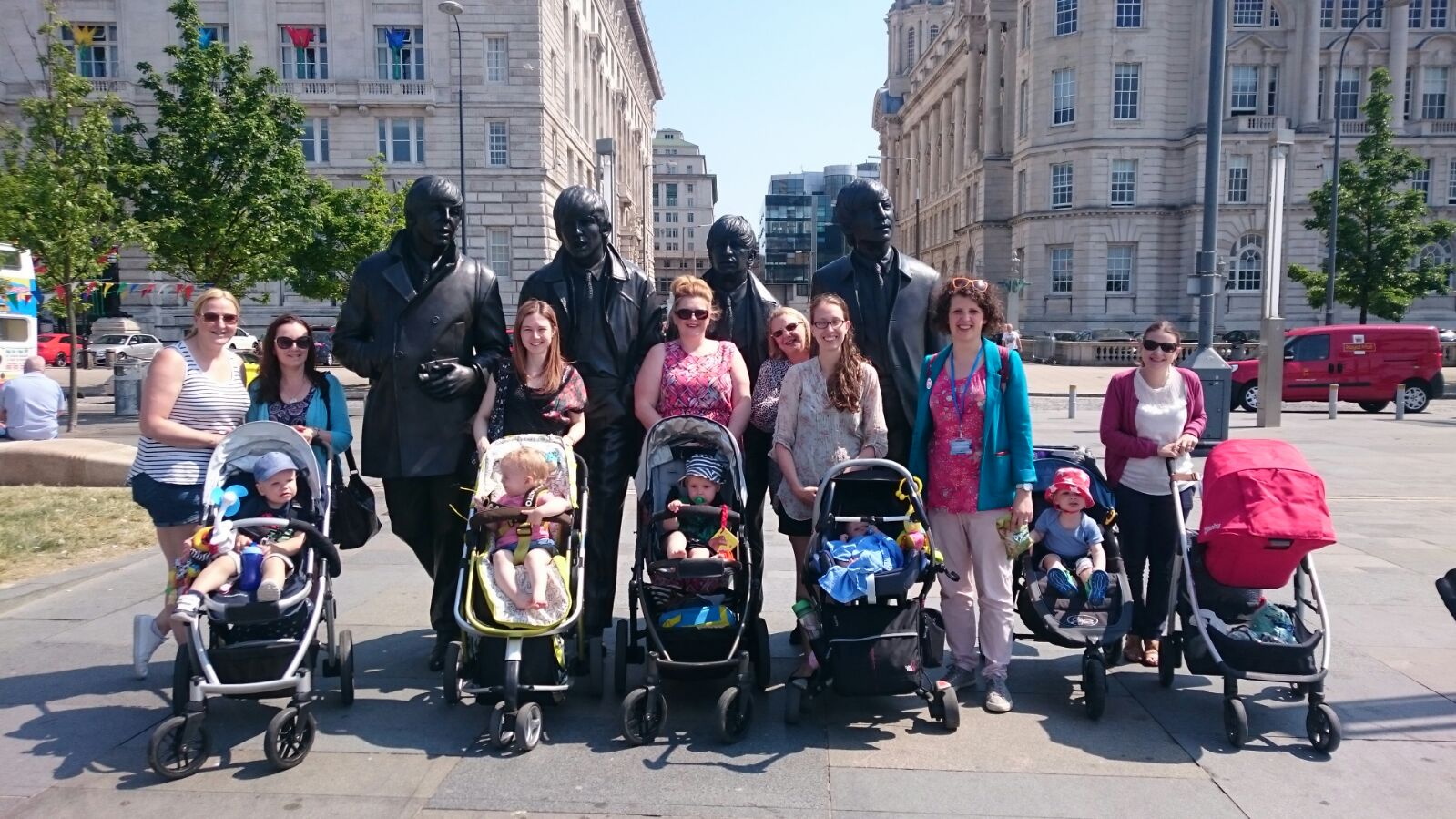 As my six year old crept down the stairs the other night to ask for more water/explain that his ears were too hot/that his sister was being too loud or any number of other excuses he likes to pull from his armoury to delay bedtime slightly, he saw me posting this image of him as a baby by his buggy on social media. He asked what I was doing and I said I was trying to promote Buggy Tours for my business.

“You have a business??!!”, my six-year-old son exclaimed incredulously.  Yes Jackson, although it might not have looked much like it the last 18 months! 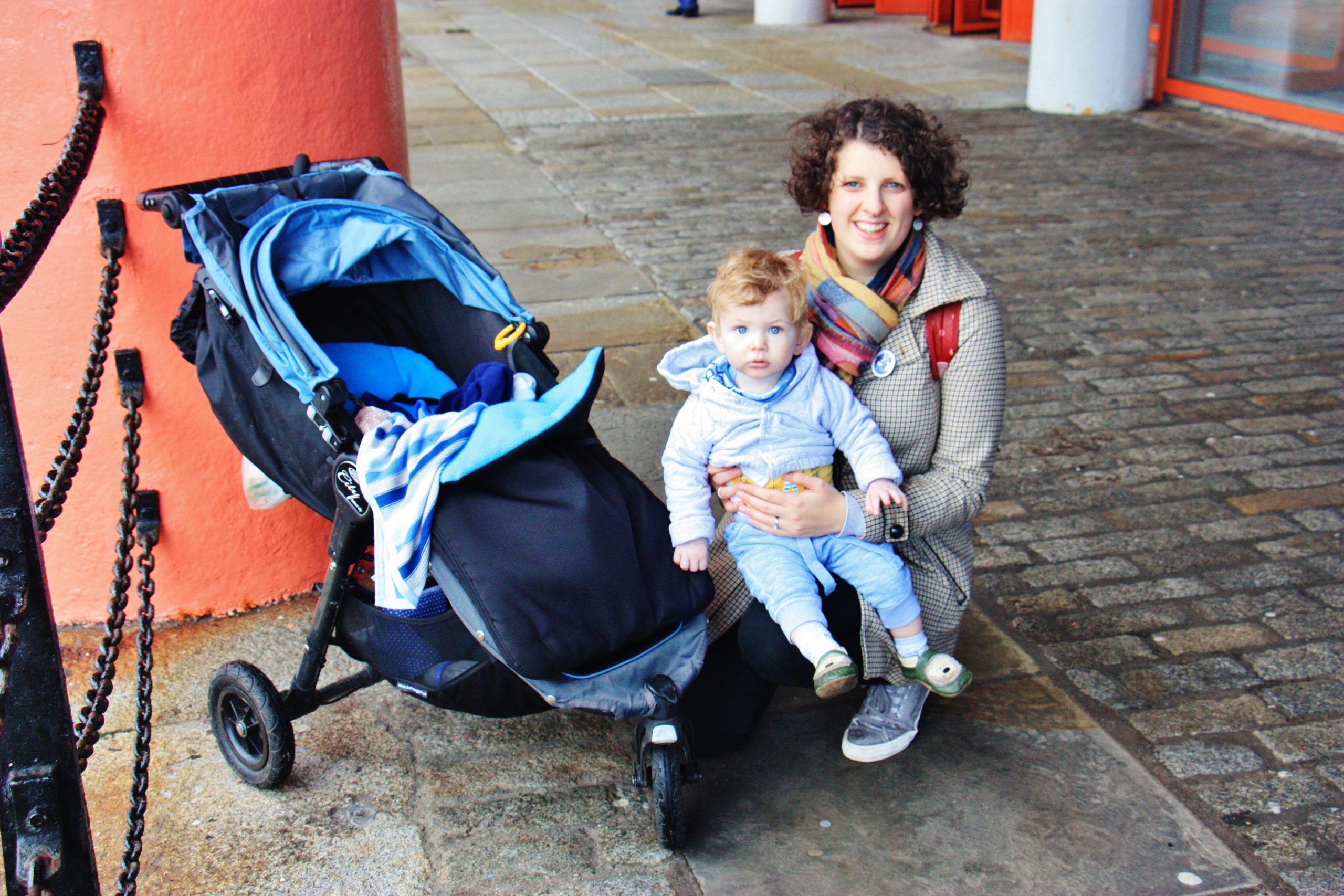 Truth is, Jackson was the inspiration for Buggy Tours which I began in 2015 after he was born the previous Autumn. Jackson loved his buggy and I spent many hours trudging the streets with him, often in the wet when he was all wrapped up and protected with a rain cover.  I realised quickly you can’t hold an umbrella and push a buggy at the same time, unfortunately.

I qualified as a Blue Badge Tourist Guide in 2013 so had two seasons to enjoy getting some guiding in prior to becoming a Mum.  I did enjoy playgroups and meeting other new parents was the thing I really valued about them but there are only so many times you can sing ‘The Wheels on the Bus’ and I longed to be outside when better weather came.  I decided that instead of walking along on my own perhaps I could lead a tour so other parents could meet and engage in some interesting info at the same time. And so in summer 2015, I launched some Buggy Tours. Jackson came with me which worked well the first year and negated the need for any nursery costs but when I tried it the following year despite a caddy of snacks he was less obliging which I why I generally say it’s a good option if your child is pre-walking so they’re still happy to sit in the buggy watching the world go by. 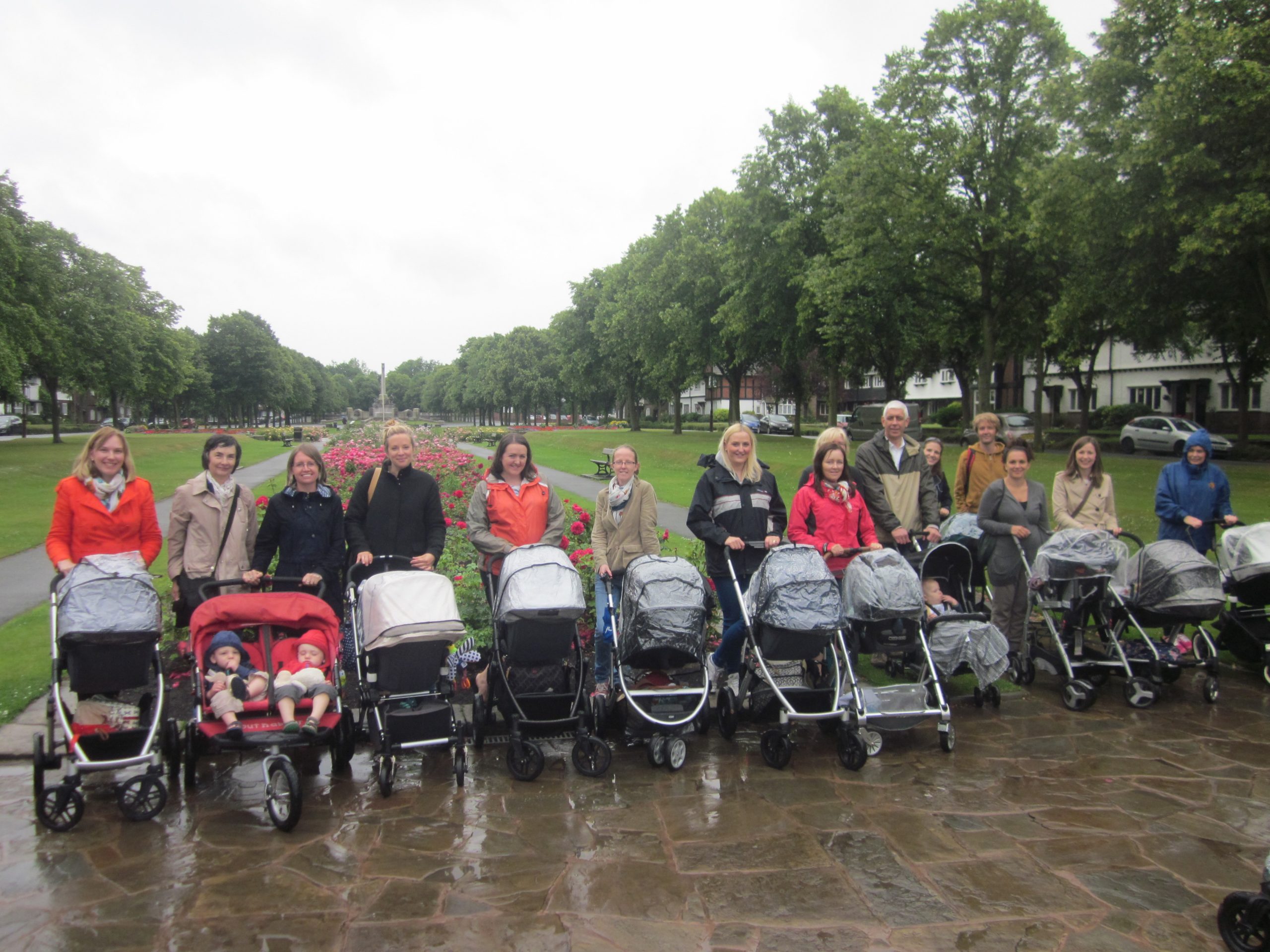 The reason they are suitable for parents and carers is they are relatively short for a tour, lasting one hour. I’ve made sure the routes are suitable for pushing a buggy and we always end by a café that has baby changing facilities and sustenance.  This is necessary because as parents will know you can get through an hour or two but then there’s going to be that crunch moment when they need seeing to at a moments notice and you won’t be able to wait till you’ve had time to get home.

The routes I have devised in the past have been Liverpool Waterfront, Sefton Park and Palm House, Liverpool Cathedral (who were always very helpful putting out ramps for us),  Port Sunlight Village and Liverpool One – about the regeneration of the shopping district. 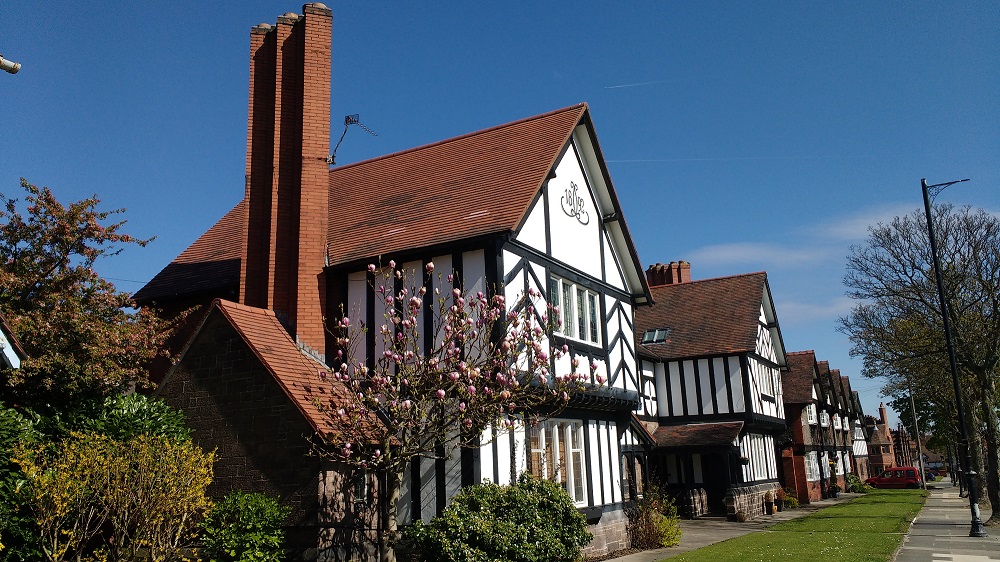 Port Sunlight Magnolia, one of the favourite places for a tour. Image by Harriet Gilmour.

I have done them on and off over the years as parenting and childcare allowed (a daughter followed in 2018) but thought that in this year post-pandemic it would be good to bring them back since there must be a lot of parents who have spent most of their parental leave couped up and wanting to get out. 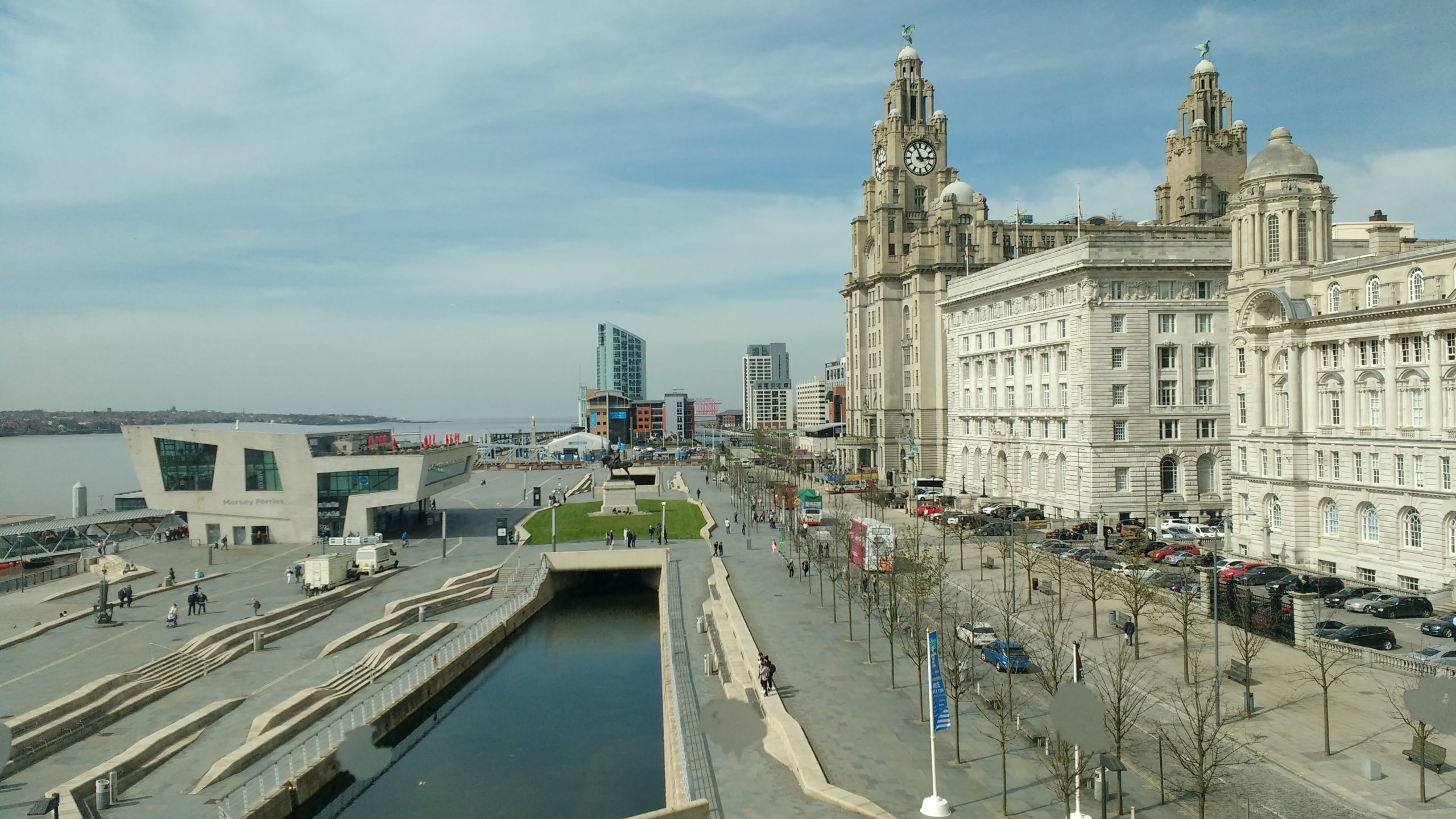 Pier Head in Liverpool, another great things to see during the Buggy tours. Image by Harriet Gilmour

The only problem with Buggy Tours is the children grow up! But I have had a couple of people return when younger siblings come along which has been great to see and am really hoping to bring a bit of fun to parents of these corona-generation babies.

Buggy Tours are running on Thursday 24th June and Thursday 8th July,  possibly with more dates late summer if there is demand. 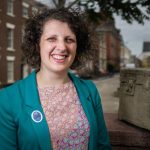 Harriet Gilmour is a Blue Badge Guide for Liverpool City Region since qualifying in 2013.  A real City Girl, she grew up in Leeds and now love living in vibrant Liverpool City Centre. Her favourite locations to take guests are the gargantuan Liverpool Cathedral and immaculate Port Sunlight Village. For any enquiries, please contact her on: harriet@experienceliverpool.com or check her Facebook page or Twitter Profile.