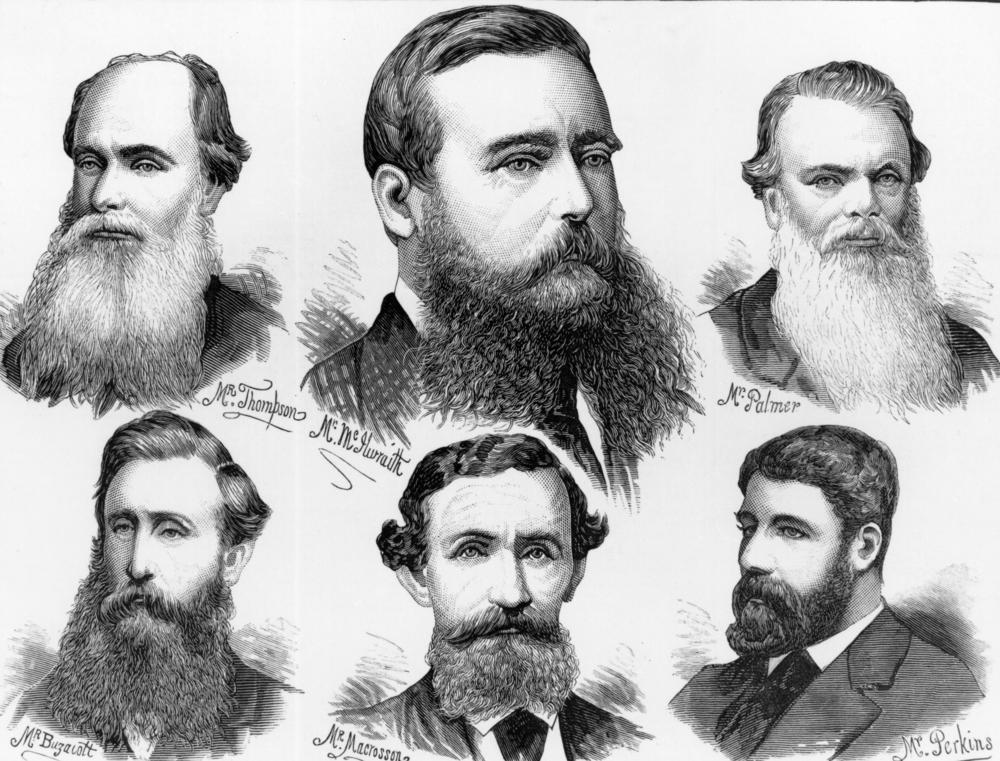 From Alfred the Great to William Shakespeare, from hipsters’ whiskers to beat generation goatees, beards have had a long and enduring history.

For Sikhs and Muslims, the beard is at the heart of cultural identity. Wearing a beard is a tradition within the Jewish faith and some orthodox Jewish men and boys grow sidelocks (known as payot). Facial hair has been as much part of British history and menswear as the bowler hat and brolly. Just think of mutton-chopped Victorian gents like cricketer W.G. Grace and the identikit beards of George V, Kaiser Wilhelm and Czar Nicholas. 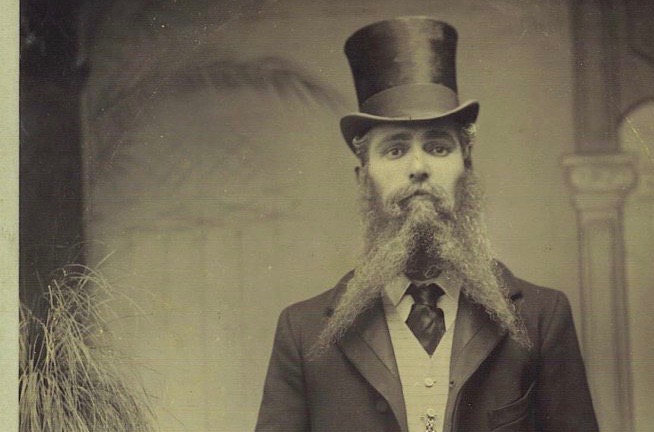 Henry VIII’s beard emphasised his red hair. It was styled in a broad spade shape, echoing the King’s silhouette. With the help of court painter and style-meister Hans Holbein, this became the very essence of Henry’s brand identity and indeed his toxic masculinity. This bold look was instantly-recognisable – with wide shoulders, a sturdy physique and clompy ‘bears’ paw’ shoes.

The King’s footwear, like his beard, were squared off at the end. Thomas Moore fell victim of that toxic masculinity in 1535. He was executed at Tower Hill for
opposing Henry’s break with the Catholic Church. Laying his head on the block, it’s said he asked the executioner to pause while he arranged his long beard out of the path of the axe ‘For it had committed no treason.”

Henry VIII lived life to the full. But like almost every British monarch until Queen Victoria, he was permanently cash-strapped. Henry, it’s said, came up with a plan to fill his coffers – a 1535 beard tax. Historians are yet to produce any evidence to prove the tax existed. In 1536 however, the King dissolved England’s Catholic monasteries and seized their assets. This was probably a better earner. But beards remained a thing. In 1587, buccaneer, privateer, and beardie, Sir Francis Drake set out from Plymouth to attack the Spanish fleet. This episode is still called the ‘Singeing of the King of Spain’s beard.’ 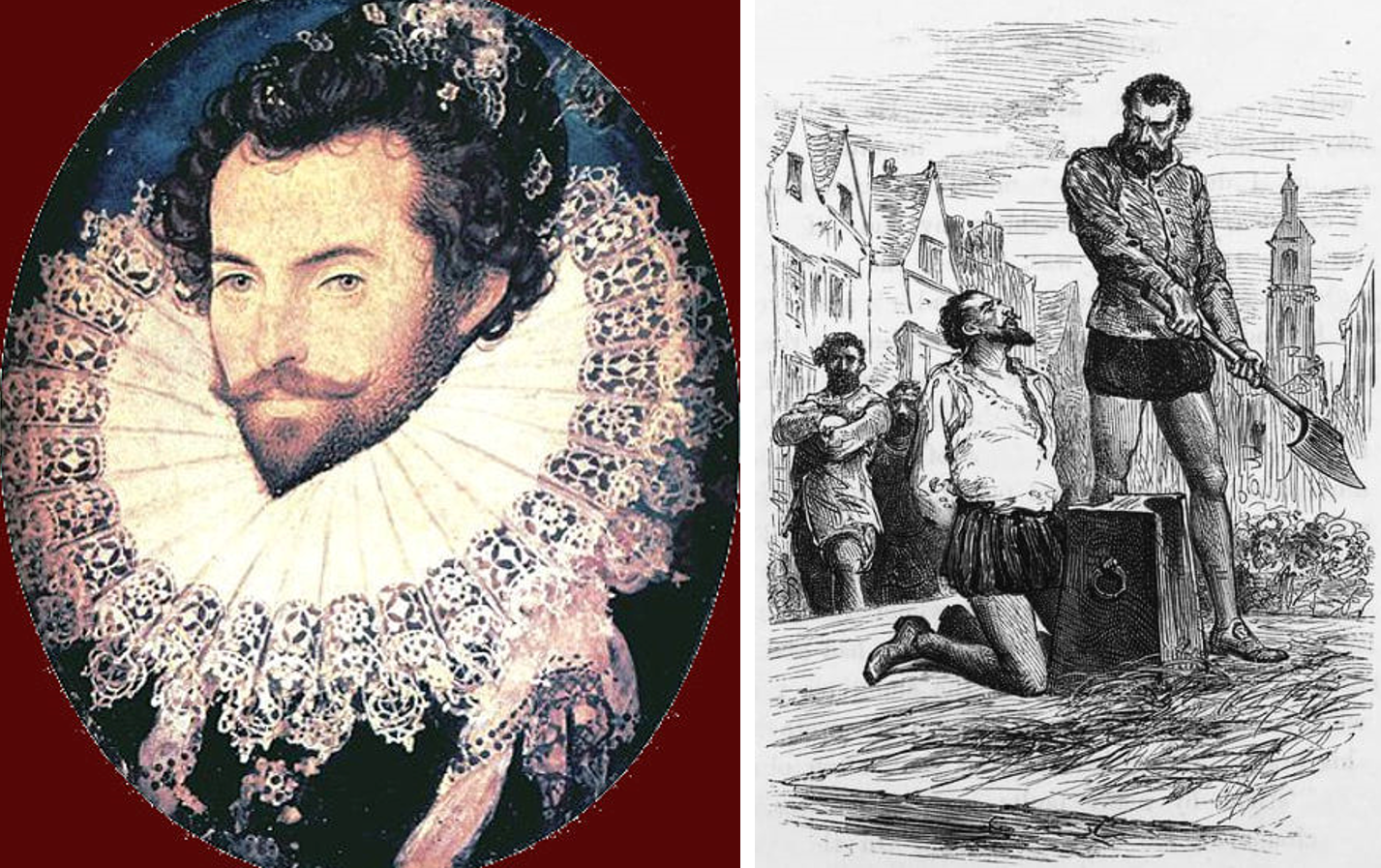 The Emperor Charlemagne, 8th century King of the Franks and the Lombards, was ‘the Father of Europe.’ – the first emperor since the fall of Rome’s Western Empire three centuries before. For the Germanic tribes, hair and beards were a symbol of freedom – a stark contrast to their shavenheaded slaves. Charlemagne loved wine, women … and facial hair. He is usually depicted with a beard or a droopy moustache. The Lombards were also known as Langobardi or ‘long-beards’. Lombard Street in the City of London, remembers the dynasty’s later contribution to British banking.

Czar Peter the Great was a moderniser who reformed Russia along European lines and Renaissance principles. His 1697/98 visit to northern Europe – his ‘grand embassy’ – clearly made an impression. He met King George III, toured Oxford and spent 105 days in Deptford to learn about ship-building and the docks. Deptford didn’t forget him: Czar Street commemorates the visit. The Russian party’s riotous behaviour inflicted significant damage to their lodgings at Sayes Court, the elegant manor house of diarist John Evelyn. Returning to Russia, Peter launched a ‘beard token’ – his very own tax on beards. It prompted the 18th-century trend for moustaches instead. The Czar’s visit also marked the beginning of the end of Sayes Court. It’s now remembered only in the name of a local car park. 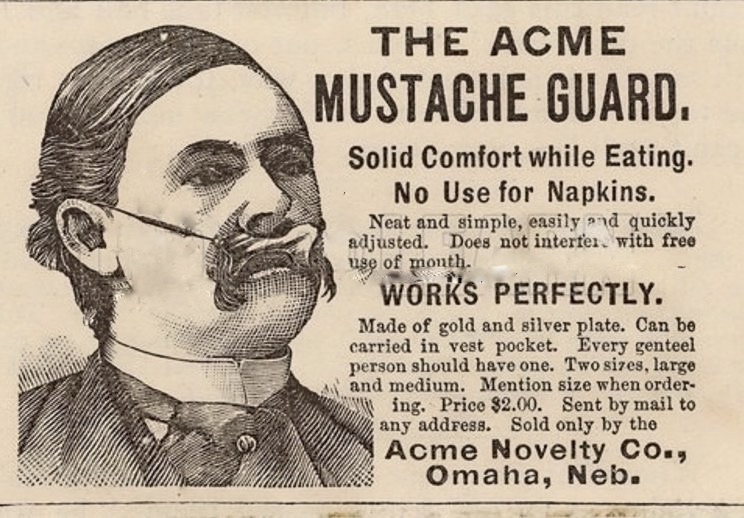 Whiskers, not beards, were the thing in 19th-century fashionable society. There was, for a decade or two, a ready British market in false whiskers and in 1813, the matter of whiskers was debated in Parliament. Some MPs even went as far as to suggest a bill to outlaw them. In the US state of Arkansas, although beards are allowed to flow freely, there is a tax on hair removal and electrolysis. Perhaps it’s actually hair removal rather than hair growth that’s the more significant trend in our own times. 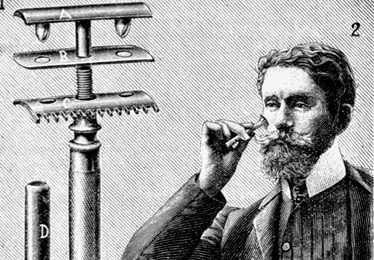 Ancient man grew beards to show his virility and bravery as both hunter and warrior. Facial hair also helped offer some defence from the sun and cold – and possibly protection in combat. That and the fact that multi-bladed razors and shaving gel hadn’t yet been invented. Beards through history have been far from exclusively male. Greek goddesses Aphrodite and Pandora are sometimes depicted with facial hair. Ancient Egyptians sported beards as a sign of high status.

The pharaohs, including female pharaohs, wore the postiche. This was a fake beard secured with a ribbon and remained the height of pharaohonic fashion between 3000 to 1580 BCE. The Romans tended to prefer the clean-cut and clean-shaven look. They loved bathing, using the scythe-like strigil to remove dirt from their skins. Not for nothing were non-Romans castigated as Barbarians. Barbus is Latin for beard. That, of course, is how we get barbaric, barbican … and barber. 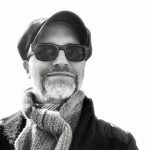 About the author:
Mr Londoner is broadcaster, writer and beardie Antony Robbins. He now sports a lockdown beard.