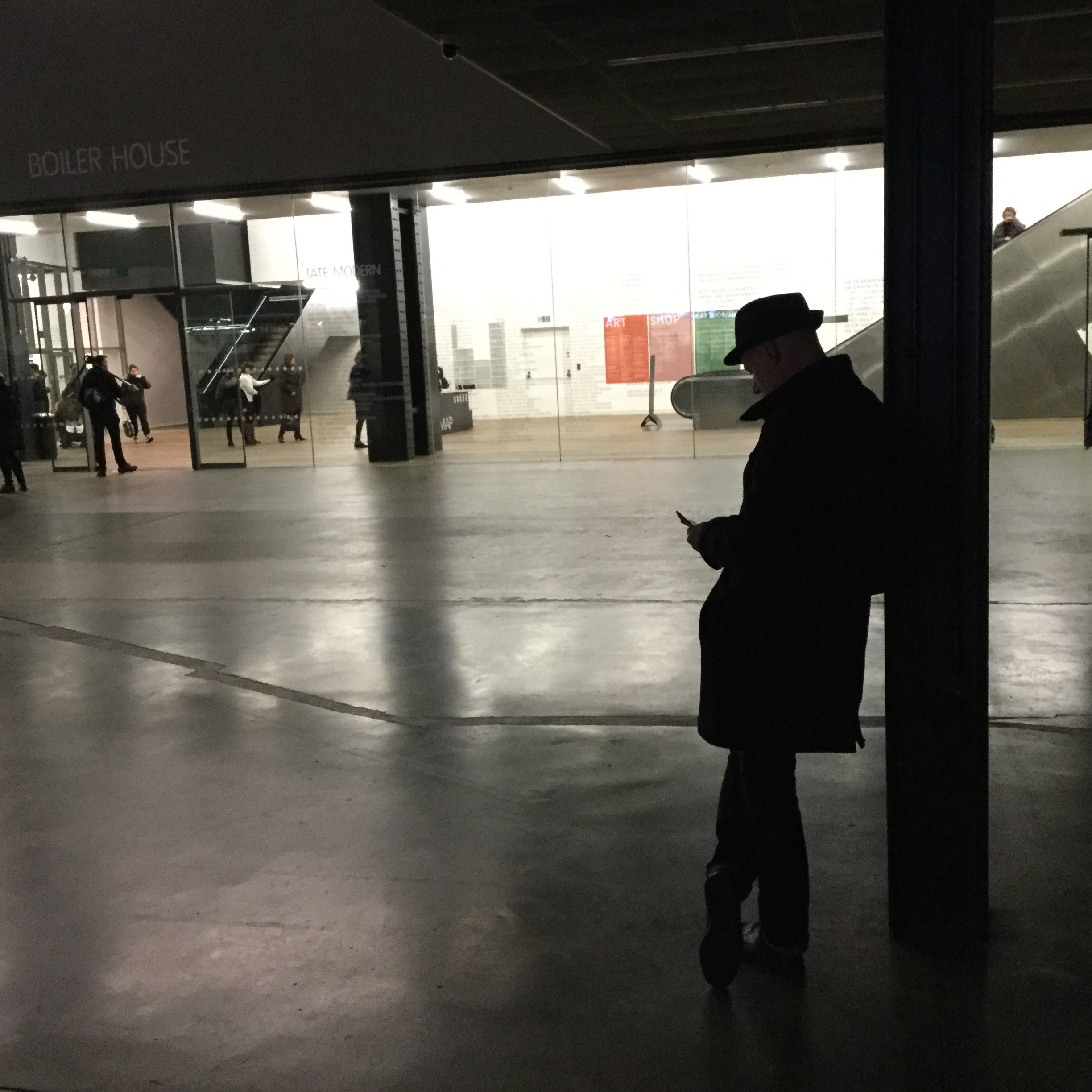 With 007 about to return in the much delayed No Time to Die, Mr Londoner, aka writer Antony Robbins, navigates us through the streets of James Bond’s London.

What does ‘Britain’ mean to you? Is it the Queen, Beefeaters or fish and chips? Up there with the most British of icons is possibly the world’s favourite fictional secret agent, James Bond. The latest film, No Time To Die, starring Daniel Craig, Remi Malek and Naomi Harris is finally released in the UK on 30 September, after a lengthy pandemic-induced delay. It’s 007’s 25th mission with Eon Productions. It’s also Craig’s fifth and final appearance as a dark and brooding Bond. 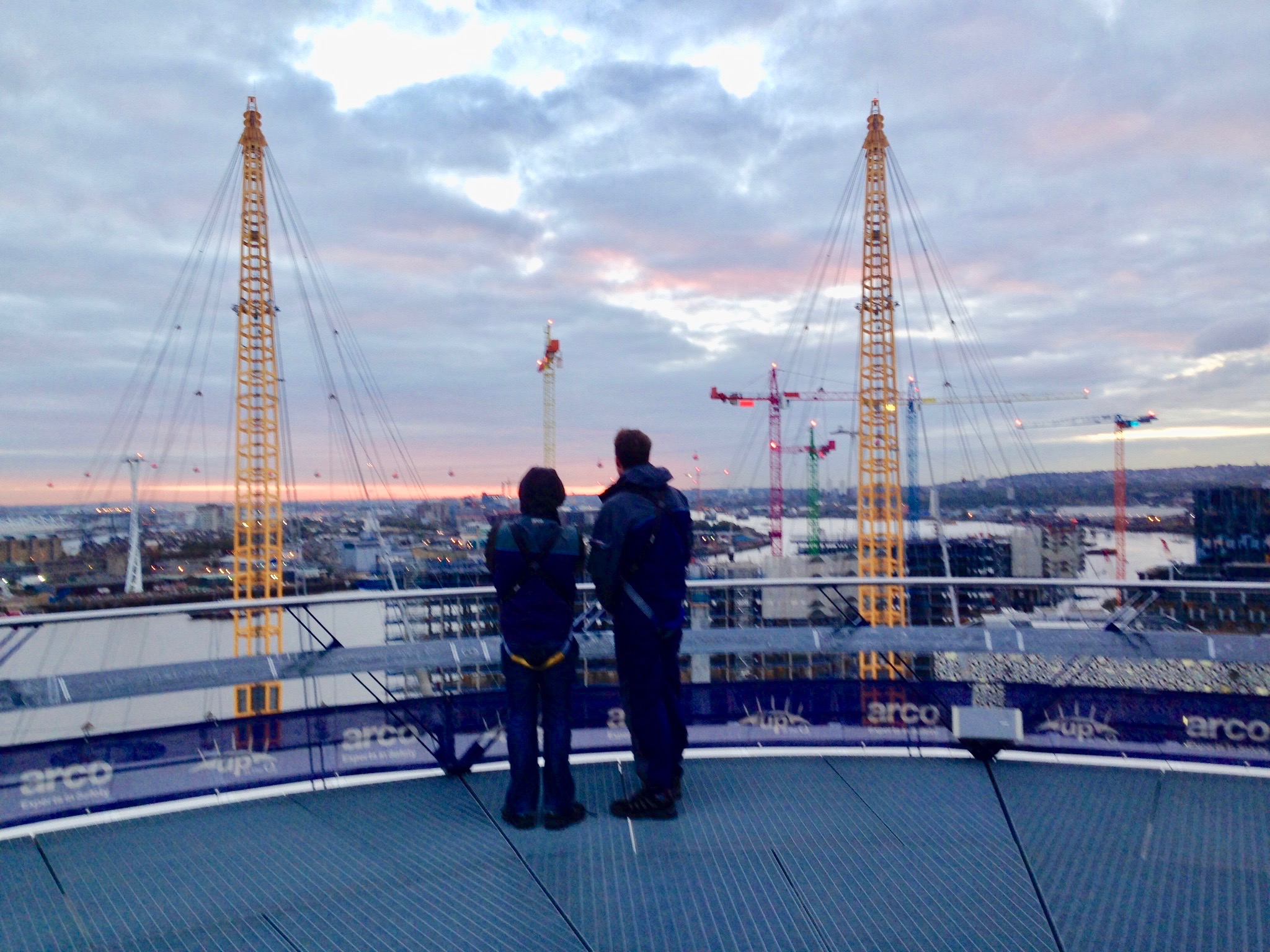 Climbing the 02 at dawn. Piers Brosnan’s Bond crashed on to the roof of this dome in 1999 – in ‘The World is Not Enough’ @Meetmrlondoner

All Bond films feature exotic locations – places that British audiences in the early 1960s could only dream of. In the latest offering we enjoy both Norwegian fjords and Jamaican beaches. Most importantly, however, much of the action is shot in the world’s greatest city, London. The capital has featured prominently in many 007 adventures over the years, which I enjoy sharing with visitors on my tours. Despite its bucolic riverside setting, Hammersmith is a little off the regular tourist trail but nevertheless features in the new release, as does the more centrally-located Senate House, in Bloomsbury.

We also see 007 in Whitehall, the seat of government. Underneath those streets is an underground lair. It’s not however a Bond villain’s HQ. It’s the Cabinet War Rooms: Churchill defeated Hitler in this dark bunker. Winston loved Bond-like technology, championing the tank and gadget-touting special forces. Bond author Ian Fleming was himself in military intelligence. Fleming’s father, Valentine, knew Churchill well, but died during WW1. 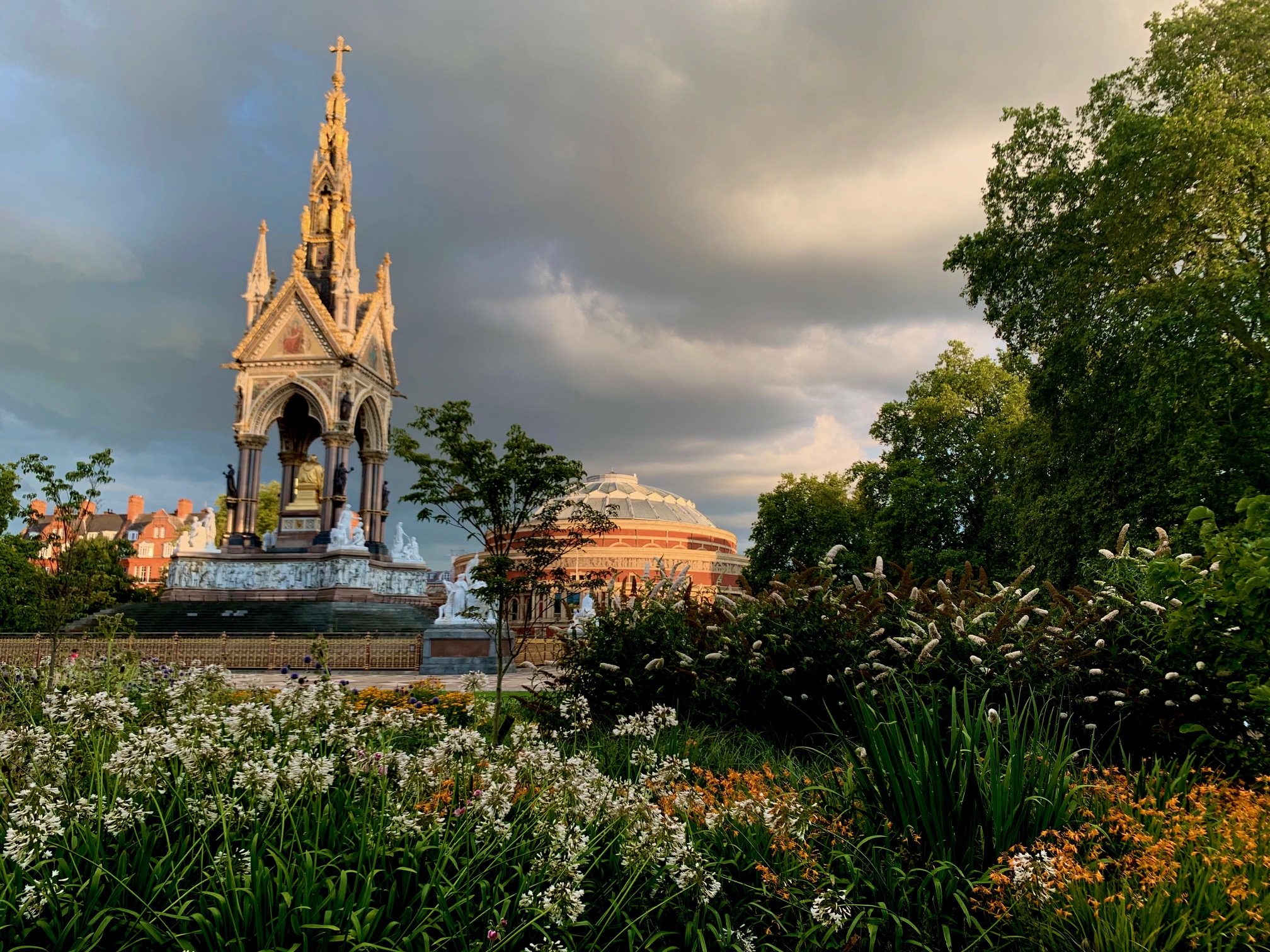 No Time to Die will premiere at the Royal Albert Hall (right) on 28 September, followed by its UK-wide theatrical release on 30 September. @Meetmrlondoner

If 1990s James Bond floats your boat, then join me on the river following Piers Brosnan’s route in 1999’s The World is Not Enough. This leads us from (secret service HQ) MI6 to the Greenwich Peninsula. We can climb the 02 Arena’s dome, which features in the showdown. For something more sedate, we could enjoy lunch in Covent Garden at London’s oldest restaurant, Rules, established in 1798. Bond dines here in Spectre in 2015.

In 2012’s Skyfall, Bond meets Ben Wishaw’s Q at the nearby National Gallery. The younger man is a tech wizard – a new breed of spy. Q has a pointed discussion with the older, more traditional, agent in front of one of the Gallery’s masterpieces, JWM Turner’s the Fighting Temeraire. The 1839 work shows the Temeraire as a ghostly sailing vessel en route to be being broken up on the Thames. The once majestic ship, which had fought valiantly at the Battle of Trafalgar, is being towed out by a modern tugboat, puffing black smoke across the scene. The symbolism is very clear. Bond’s world, like that of the Temeraire, is changing.

Alternatively, we could head to the College of Arms, which George Lazenby’s Bond (the Aussie Bond) visits in 1969’s On Her Majesty’s Secret Service. Bond is investigating the bloodline of baddie-intent-on-world-domination Ernst Stavro Blofeld, played by Kojak actor Telly Savalas. ‘I can confirm you’re a proper count,’ Bond informs his nemesis. Female lead, Tracey, was played by the wonderful Dame Diana Rigg, who died last year. She’d recently found TV fame as Mrs Peel in cult ‘spy-fi’ series The Avengers. 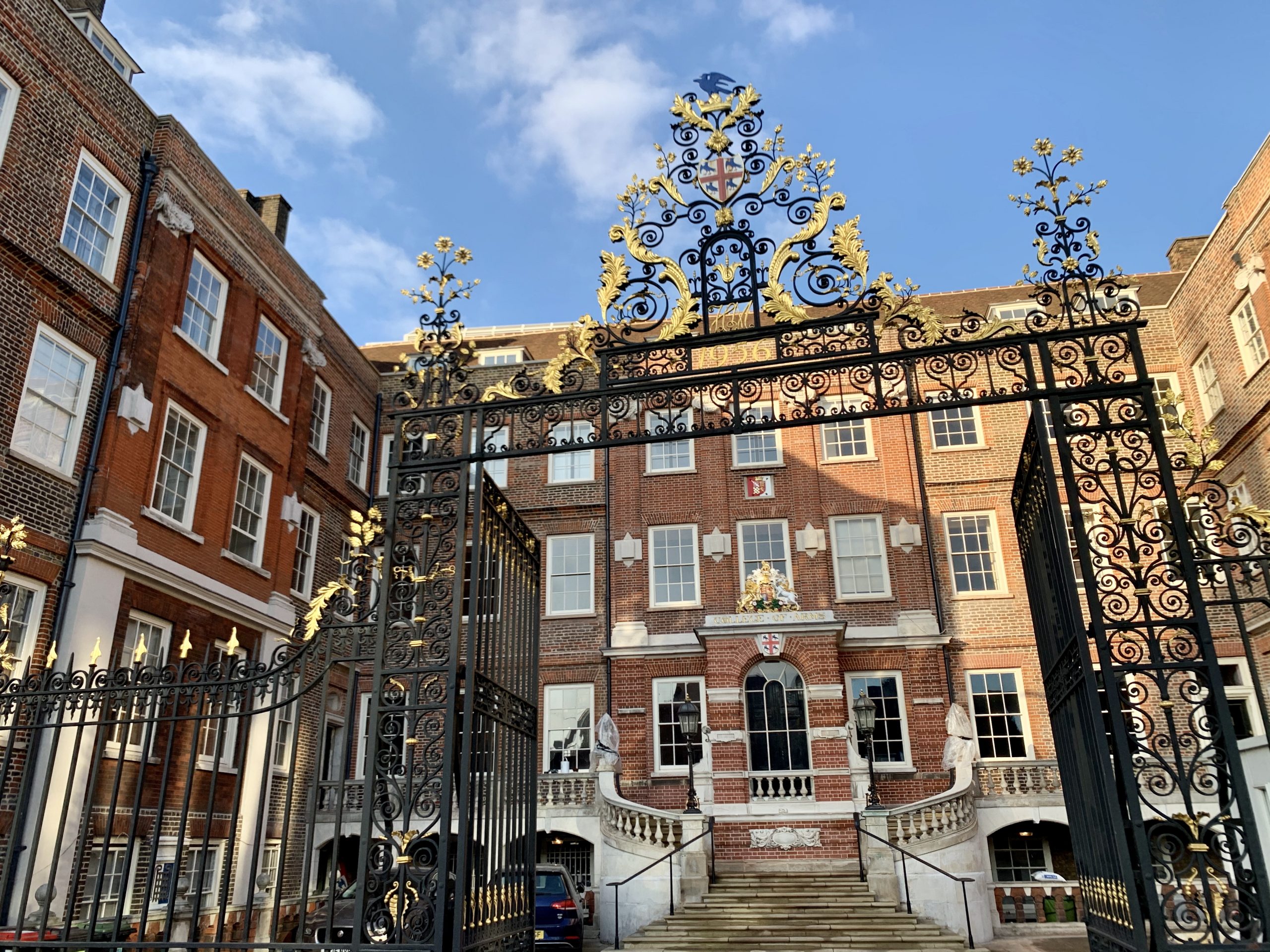 The College of Arms featured in 1969’s On Her Majety’s Secret Service @Meetmrlondoner.

Sean Connery’s innuendo-laden scenes with Miss Moneypenny, occurred in the shadow of Big Ben. In fact, London’s buildings in the 60s – rather like the social attitudes reflected in the movies of the day – were caked in a sooty layer of smog and coal dust. 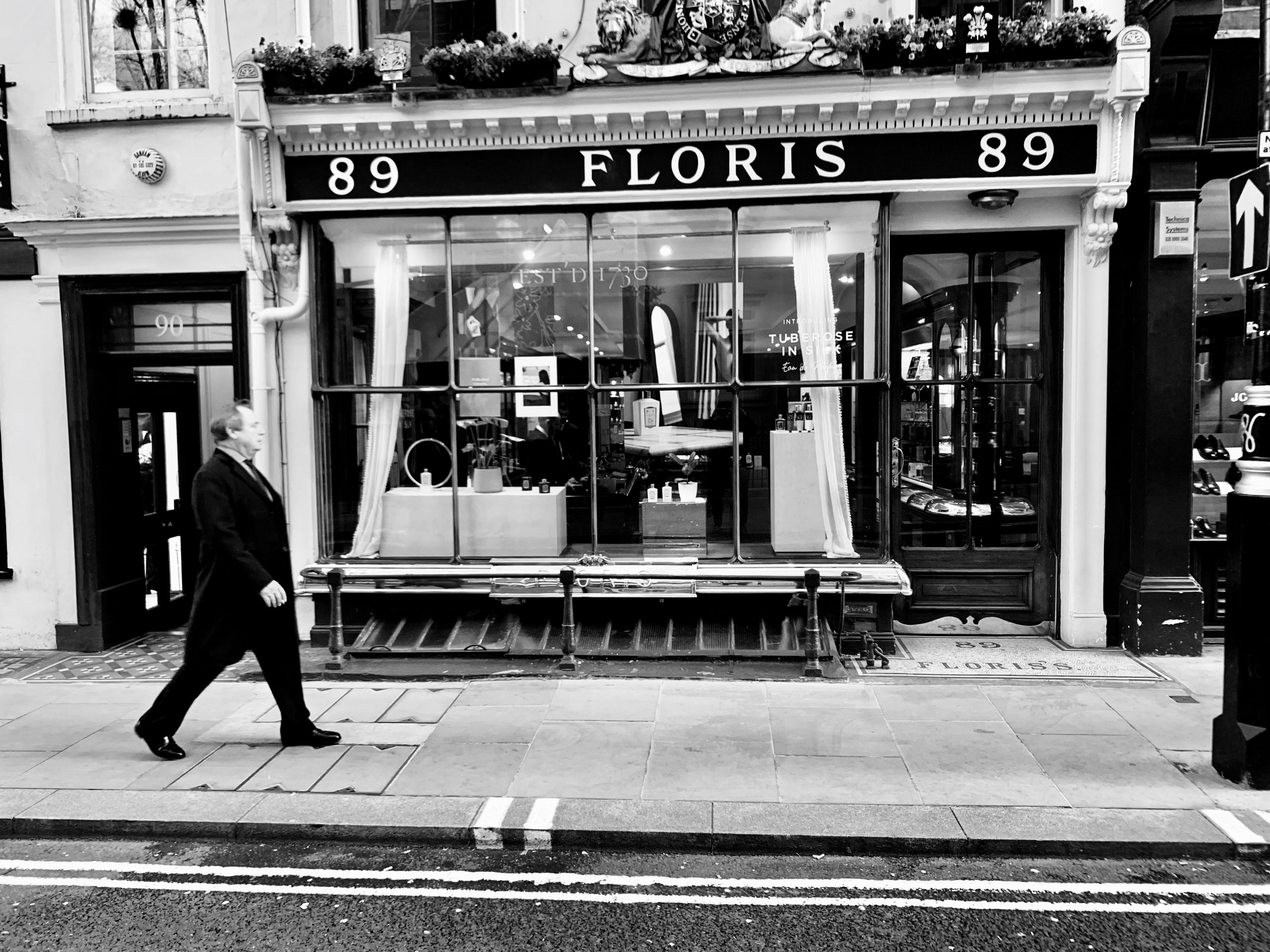 For a more fragrant option, we could visit Floris, where Ian Fleming bought his favourite scent. Fleming, like his creation, appreciated the finer things in life. Just around the corner is Beretta. This is the clothing side of the Italian armaments’ manufacturer. I seem to recall Bond switched to a Walther PPK in 1962’s Dr No after his Beretta jammed on a mission.

If you fancy owning 007-inspired accessories, then let’s head to Globe-Trotter in Mayfair. Bond uses the company’s signature luggage in No Time To Die. You can deploy the same special edition green and black suitcases on your own overseas missions. Alternatively, we could hit gold in the City of London, in a bar called the Ned, on Cheapside. This former bank contains the vault where, in 1964, Sean Connery’s Bond electrocuted killer hat-wielding Goldfinger henchman Oddjob. 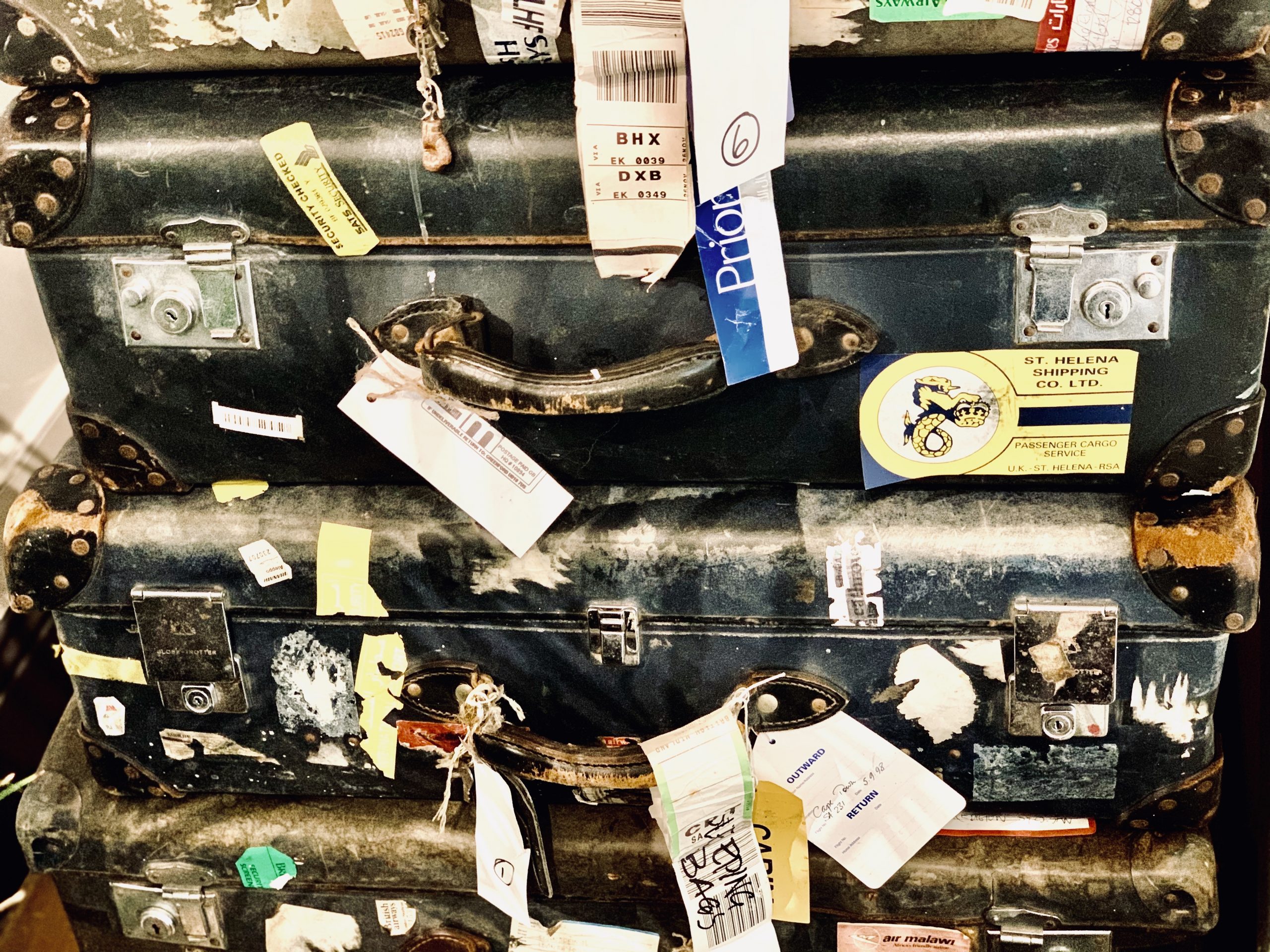 Part of the display archive at the Globe-Trotter luggage flagship store in Mayfair. The firm’s suitcases feature in No Time to Die @Meetmrlondoner

Our final scene would take place in Mayfair. At Duke’s Hotel, we could order a Vesper Martini, inspired by Vesper Lynd, Casino Royale’s anti-heroine. What better way to end our mission in James Bond’s London than sipping an aperitif in glamourous surroundings, hopefully feeling stirred, not shaken.