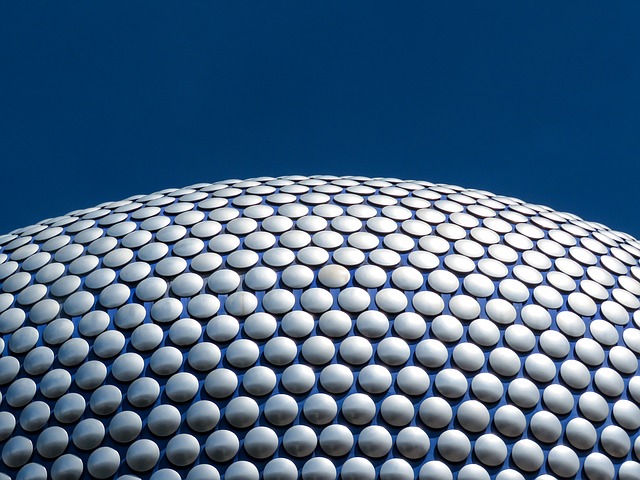 Birmingham, once known as the ‘City of a Thousand Trades’ and the ‘Workshop of the World’, is a diverse and dynamic city. With a vibrant music and theatre scene, stunning architecture, links to literary figures and more green spaces than any other European city.
Blue Badge Guide Roberta Davis takes us on a tour of Birmingham to show us why it is such a major visitor attraction. 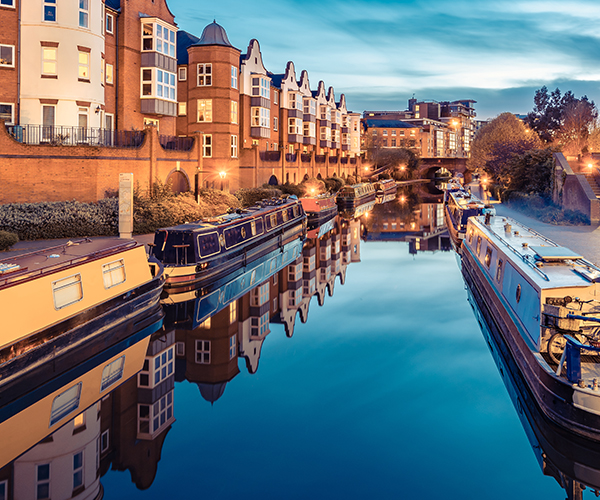 1 Brindley Place: Canals
“Birmingham’s canal network covers approximately 100 miles – that’s more canals than Venice! Birmingham is a land-locked town so its canals were once a crucial lifeline for the town to trade all over the world. Today, Brindley Place is a major visitor destination, with, art galleries, bars, restaurants, narrowboat trips and canal-side strolls. You can even visit the pub where former US President Bill Clinton, famously downed a pint of Guinness! 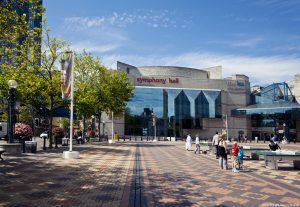 2 Symphony Hall
Situated in the bustling heart of the city centre this is considered to be one of the finest concert halls in the world. It plays host to the best in jazz, world music, folk, rock and roll, pop, and stand- up comedy. Discover why Symphony Hall is an acoustic marvel! 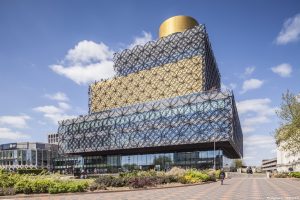 The new Library of Birmingham building with gold and black exterior metalwork detail.

3 New Library
This is not just any old library. Birmingham Library is the largest public library in Europe and it’s an absolute gem. An architectural delight – designed to look like a jewellery box to reflect Birmingham’s jewellery trade. The 9th Floor houses the Shakespeare Memorial Library with over 42,000 books on Shakespeare alone including a copy of Shakespeare’s First Folio. You can also take discover the secret gardens with stunning views over the City’s sky line. 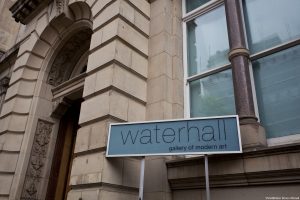 The Waterhall is part of the Museum and Art Gallery which is now in the Town Hall building.

4 Birmingham Museum and Art Gallery
This was built in 1884 to display objects from around the world for the inspiration of local artisans. The Museum’s motto is ‘By the gains of Industry we promote Art’ – the City’s industrial forefathers sought to invest their profits of industry in works of fine and decorative art. See paintings that make up the most important collection of Pre-Raphaelite art anywhere in the world, including the work of Birmingham’s own son, Sir Edward Burne-Jones.

Discover the story and see the largest hoard of Anglo Saxon gold ever found. Exquisite craftsmanship. Hundreds of pieces from the Hoard are on show, including the Staffordshire Hoard Helmet.

The Black Sabbath Exhibition runs until 29 September 2019 and explores the legacy of Black Sabbath. Birmingham is the home of ‘Heavy Metal’ – music born in and around Birmingham. Music that turned up the volume. 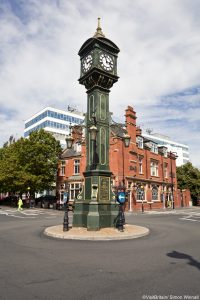 5 Jewellery Quarter
This is the heart of the nation’s jewellery manufacturing. 40% of British jewellery is made in Birmingham’s unique Jewellery Quarter. Here you can pick up a bespoke diamond ring and afterwards cool off with a refreshing beer, a glass of wine, or a pick-me-up cup of coffee in the many bars within the Quarter, many of which were originally manufacturing workshops.

Visit the Museum of the Jewellery Quarter – the Smith and Pepper factory, preserved as it was on its closing day in 1981 right down to the jar of damson jam in the office. Discover how gold dust was collected for reuse, why cyanide is used in the jewellery trade and why jewellery made in Birmingham has the anchor as part of its hallmark. 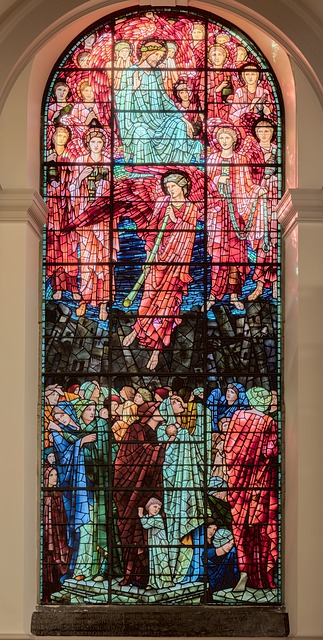 6 Birmingham’s Anglican Cathedral Church of St Philip
This 18th century Italian Baroque style cathedral is home to exceptional Burne-Jones stained-glass windows made in the workshop of Morris and Co. The West Window ‘The Last Judgement’ is seen as Burne-Jones best work with exquisite colours and drapery. 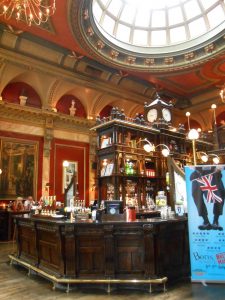 The Old Joint Stock – the Theatre within a Pub, Birmingham

7 The Old Joint Stock – the Theatre within a pub
Originally the Old Joint Stock Bank and now a pub with an amazing interior. The hidden gem is the theatre which has a full dressing room, green room facilities, “Gin” Bar for interval drinks and a demountable stage and seating. It attracts artists from across the region. 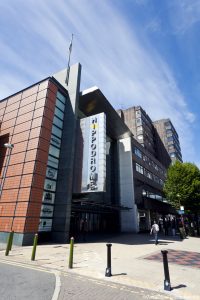 8 Hippodrome Theatre
The Hippodrome is situated in Birmingham’s vibrant Chinese Quarter and near Birmingham’s only surviving ‘Back to Backs’. (National Trust Museum). It’s one of five major theatres in Birmingham, a favourite with ‘Brummies’ and famous for its pantomimes and the ‘Nutcracker Suite’. It’s the busiest single theatre in the UK and the best venue for dance outside London. This is the venue for West End touring theatrical shows including The Lion King and Mary Poppins. It’s also the home stage of the Birmingham Royal Ballet. 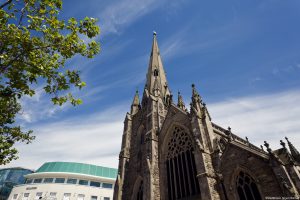 The Bullring is a landmark concrete shopping centre in the centre of Birmingham, by St Martin’s Church.

9 Bull Ring – Retail therapy
Discover where Birmingham began – the medieval heart of Birmingham. The site is located on the edge of the City’s sandstone ridge which results in a steep gradient towards Digbeth – a drop of approximately 15 metres from New Street to St Martins (Birmingham’s Parish Church).  The Bull Ring today is a major shopping centre and when combined with Grand Central (to which it is connected via a link bridge) it is the UK’s largest city centre based shopping centre. See an example of blobitecture and count the shiny aluminium discs on the Selfidges store. Experience the nearby (High Street) world’s largest Primark megastore, with Disney café. 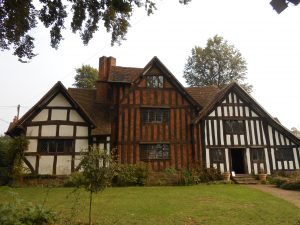 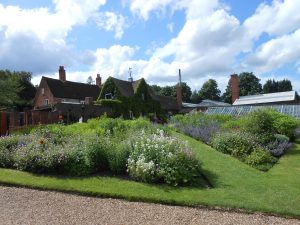 12 Barber Institute of Fine Arts – University of Birmingham
Discover for free one of the finest small collections of European art in the UK – Monet, Rosetti and Van Gogh to name a few. View one of the largest collections of Byzantine coins and listen to a concert in the lunch hour.

13 Sarehole Mill
Experience J R R Tolkien’s Birmingham and see where the author of The Hobbit and The Lord of the Rings Trilogy, who lived across the road from the Mill, was inspired by the Mill and rural surroundings in his writings of Middle Earth. See the two water wheels one of which is usually operational and used to grind wheat. Buy Sarehole wholemeal flour in the Mill shop.

And if that’s not enough then come to Birmingham to eat! The city is a gourmet’s delight, with a variety of cuisine on offer reflecting the City’s multicultural nature – from Vietnamese and Persian to Jamaican street food. Birmingham has four Michelin star restaurants.

And in 2022 Birmingham welcomes the Commonwealth Games !”

Roberta Davis is a Blue Badge Guide working in Birmingham and the surrounding area. She has been guiding for over 20 years.