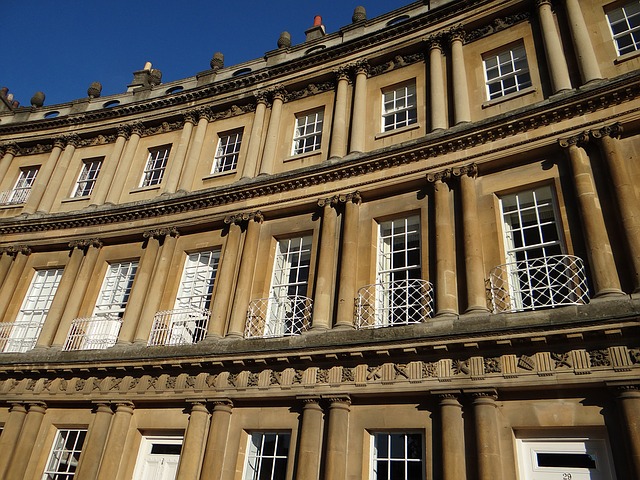 Sparking an interest in history

After its triumph at the BAFTA’s, The Favourite is all over the press and much tipped for Oscar success for the award-winning performances of Olivia Colman, Rachel Weisz and Emma Stone. Film is a powerful medium for sparking an interest in history and although The Favourite is not a particularly accurate portrayal of the last of the Stuart monarchs, it’s a funny and unconventional costume drama and definitely worth seeing. 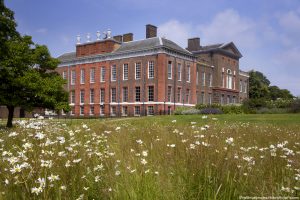 Olivia Colman brought a queen to life that many know little about. Born on 6 February 1665 at St James’s Palace in London, it seems to be her 17 pregnancies that are best known, and that none of her offspring got beyond childhood. The Favourite focusses on the ill health Anne suffered throughout her life and she died, aged just 49, at Kensington Palace in 1714. 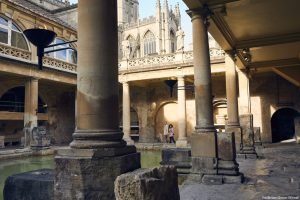 The Roman Baths. bath Abbey in the background.

Anne, however, was central to the success of Bath. From 1688 (then as Princess Anne) she had made regular visits to the city in the hope the thermal waters would help her various complaints. It was for the treatment of gout that she was visiting in 1702, now as queen, with her husband, Prince George of Denmark. And wherever the court went, smart society and its hangers-on followed including an enterprising and extrovert gambler called Richard (Beau) Nash.

Beau Nash believed there must be benefits from this regal patronage and, by making the right connections, he became Master of Ceremonies in 1704, shortly after his arrival in the city. From that position, and with very effective PR and a strict code of manners, he helped establish the city as the most important social centre outside London and the fashionable began to flock to Bath. 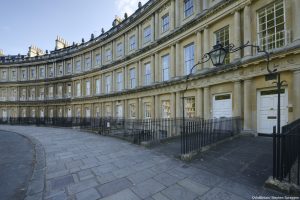 The growth of the city

Lodgings to match the grandeur of these new visitors were needed and entrepreneur Ralph Allen and architect John Wood helped create the stunning honey coloured townhouses set out in formal squares and sweeping crescents on Bath’s hillsides. But Anne never saw this development. At the time of her visits, Bath was a small walled city of no more than 3,000 inhabitants living in timber-framed properties clustered around the Abbey. All of Bath’s major architectural set pieces were built long after her death in 1714. She never knew that her visits would in time create an incredible Georgian city, unique in Britain. And such was the demand for these elegant stone houses that the population of Bath rose to 33,000 by 1800.

Despite this, we do still have a poignant reminder of Queen Anne in Bath and it hangs on the wall of the dining room of No. 1 Royal Crescent. Construction of this house began in 1767 to the design of John Wood the younger, whose father’s architectural work had done so much for Bath. No. 1 is now a museum where you can experience the life of the great and the good in their grand home as well as see something of life ‘below stairs’. The elegant rooms include the ground floor dining room where a portrait hangs of William, Duke of Gloucester (1689-1700) – the only one of Queen Anne’s seventeen children to survive infancy. 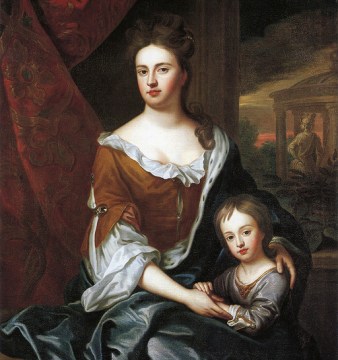 Anne with her son Prince William, Duke of Gloucester,
in a painting from the school of Sir Godfrey Kneller, circa 1694.

The hope for an heir ends

Born to then Princess Anne and Prince George in 1689, William provided hope that the Stuart‘s reign over Britain would continue. But that hope ended in 1700 when, aged 11, William died of pneumonia. He was regarded as unfit to reign, but although he had mild hydrocephalus, he was an intelligent boy who could have ruled. Had that happened, and he had children to succeed him, the house of Hanover would not have been called upon and Britain’s 18th-century history would have been very different.

To find out more about the thermal waters that brought Anne to Bath and the subsequent extraordinary development of the city, book a walking tour with Jan Hull.