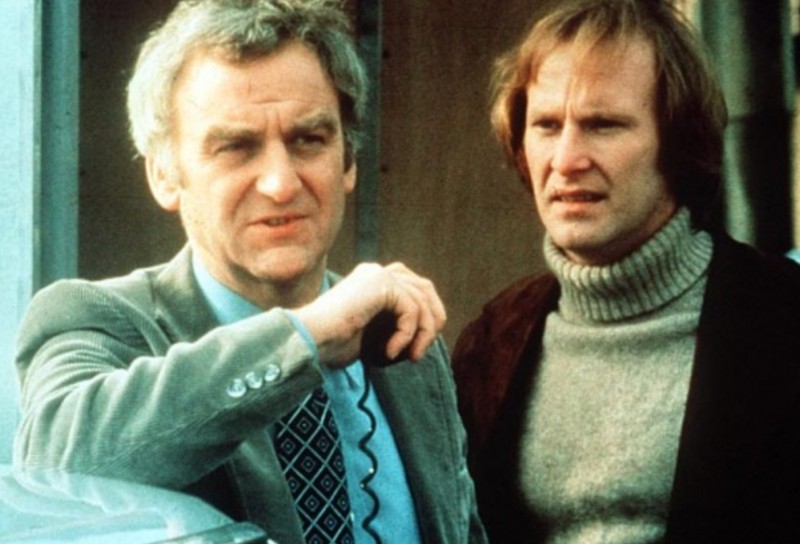 The past is another country or so they say. And so it is with the London of the 1970s.

After the hopes and dreams of the 1960s, the 70s brought us down to earth with a bump. Amid the icy depths of the cold war, Britain faced recession. Industrial unrest and unemployment dominated the news. The IRA remained a constant threat. The long hot summer of 1976 caused fires and water shortages. The winter of discontent of 1978/79 brought power cuts. Both crises came with entreaties from the government to ‘Share a bath with a friend’.

British broadcasting in the 1970s was a mixed bag. We only had three channels and transmission stopped at midnight. There was experimental TV in the form of Play for Today – but turgid educational stuff dominated daytime schedules. And yet the decade produced ground-breaking material, which has influenced TV drama, comedy and animation to this very day. 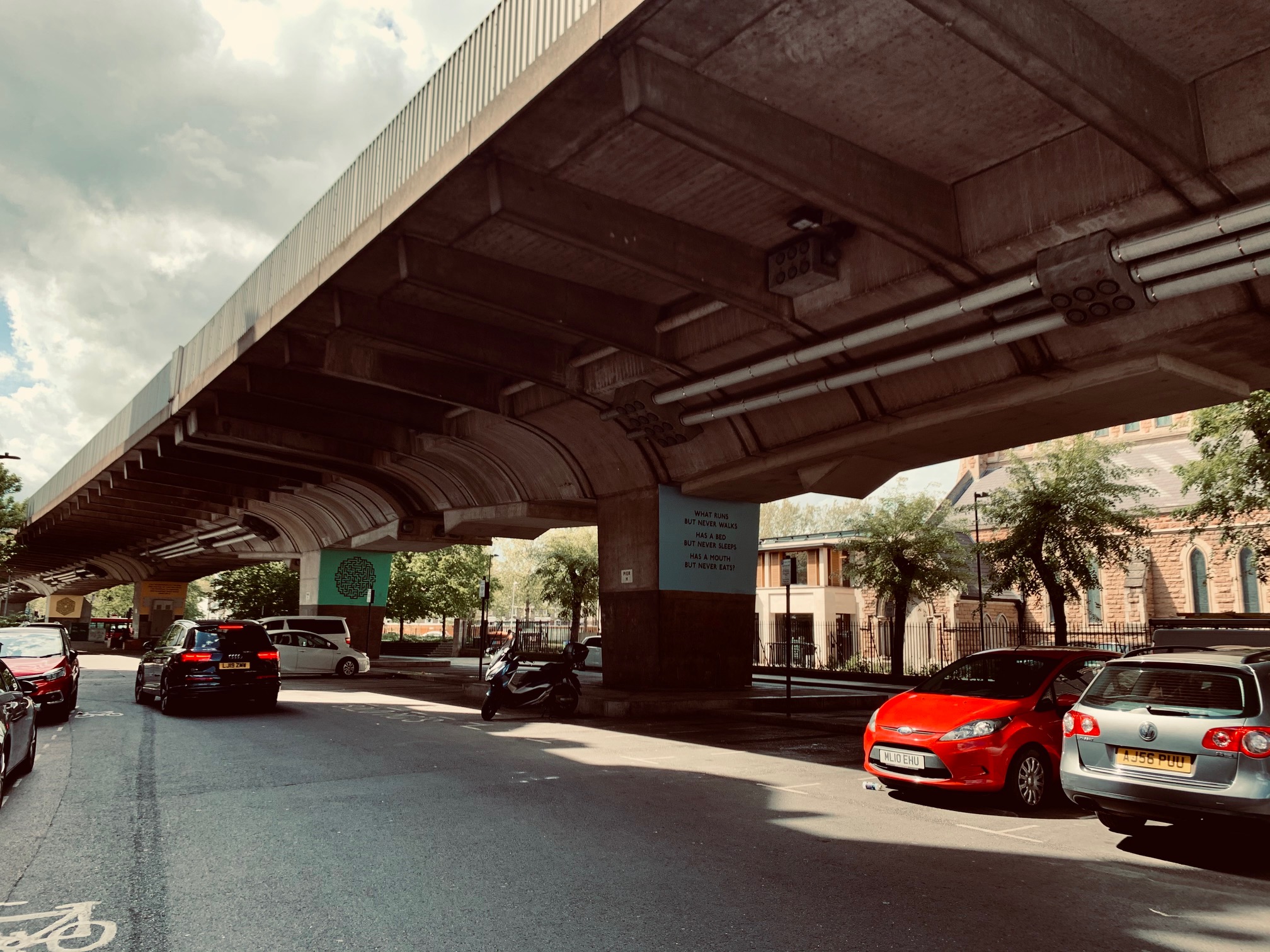 The Hammersmith Flyover is a well-known landmark that featured in TV shows like the Sweeney and Minder. Image by @Meetmrlondoner.

American shows like Charlie’s Angels, Kojak and Starsky and Hutch were a big hit. But British drama was evolving too. The Sweeney is the moniker of the Metropolitan Police’s Flying Squad. (The name derives from the Cockney-rhyming slang term for Sweeney Todd – the fictional ‘demon-barber’ of Fleet Street). It was also the name of a gritty 70s cop show featuring Detective Inspector Regan and Detective Sergeant Carter as our thief-taking duo. John Thaw played he cynical and hard-bitten Regan, becoming the rather more refined Inspector Morse a generation later. Dennis Waterman played the affable and more easy-going Carter. He would later appear in the 80s hit Minder, which featured many of the same West London locations.

Fighting armed robbery, these no-nonsense coppers made good use of London backdrops. The 70s was a time of economic depression and the city still bore the scars of wartime bombing. The Sweeney’s production company, Euston Films, was based at Colet Court, Hammersmith. The building conveniently doubled as the squad’s HQ throughout the series. The action took place in the then shabby streets of Shepherds Bush, West Kensington and Barons Court. These scenes conjured up a brilliant (if not entirely accurate) aura of late-70s seedy glamour, complete with nicotine-stained public houses with swirly carpets. Public houses then were a million miles away from the gastro-pubs we know today, with their craft ales, single-estate coffee and artisan produce. 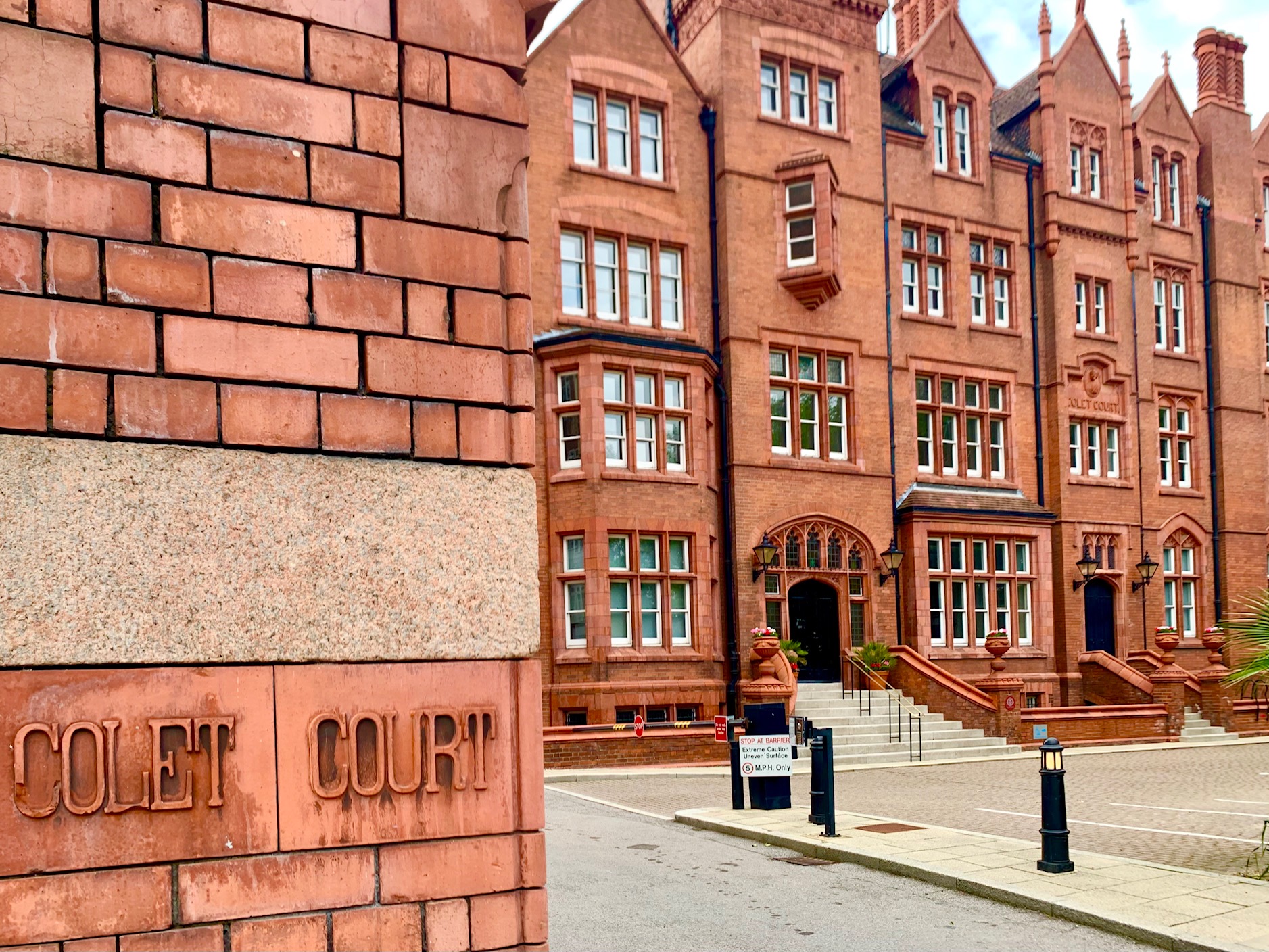 Colet Court, Hammersmith, was home to Euston Films. It also doubled as the HQ of the fictional detectives in the Sweeney. Image by @Meetmrlondoner

Much of the Sweeney’s fast-paced and often violent action made use of East London’s former docklands. The West India Docks were bomb-damaged, abandoned and perfect for action scenes. Car chases were popular. The police drove Fords: the villains preferred battered but fast Jaguars. The Sweeney’s methods weren’t always by-the-book. They bent the rules and cut corners: and the attitudes and language of the TV series are pretty shocking by today’s standards. The Sweeney aired from 1976-1978. Ironically, during this same period, real-life Flying Squad boss Detective Chief Superintendent Kenneth Drury, was jailed for eight years for corruption in relation to Soho’s dark world of pornography and corruption. Twelve other officers were also convicted and yet more resigned. 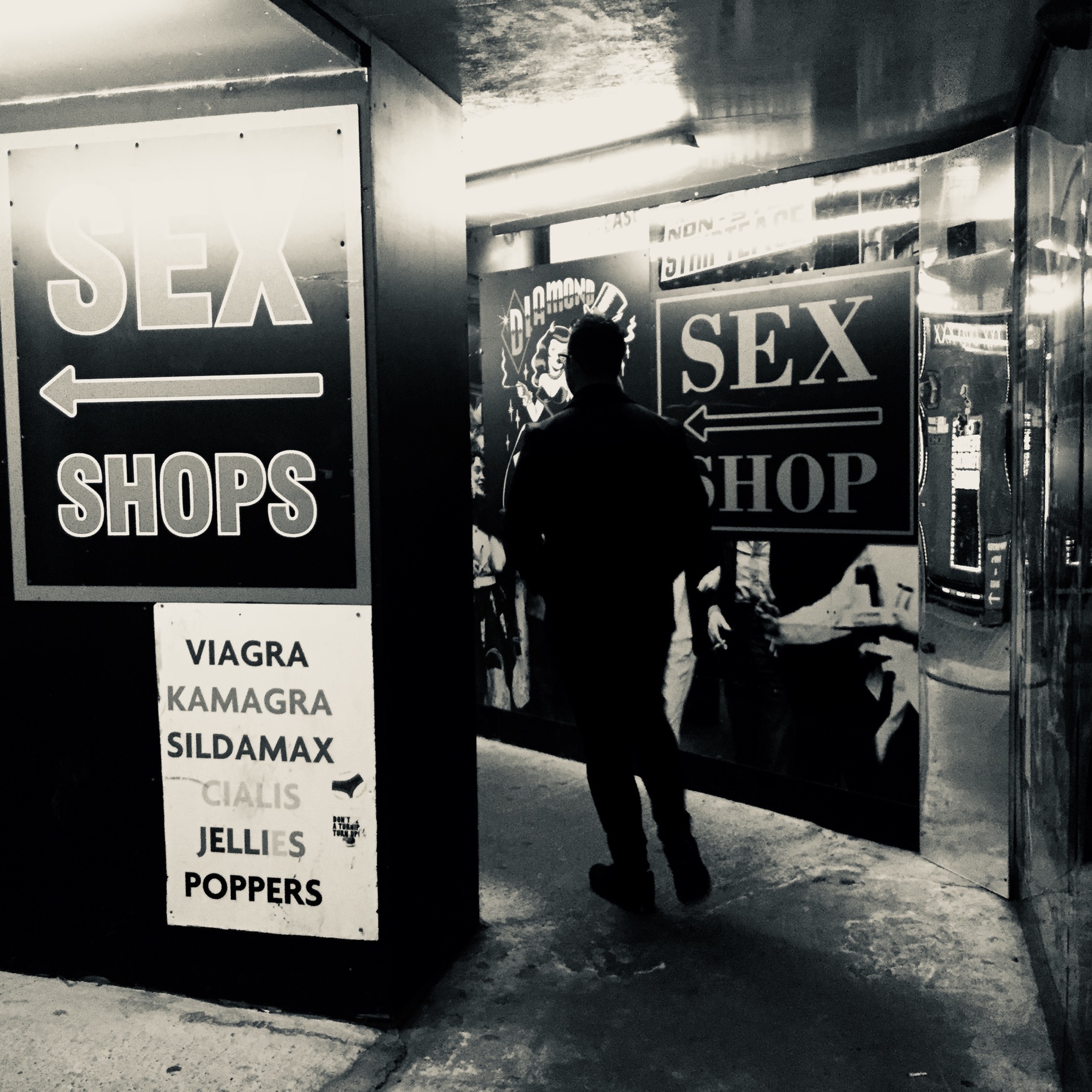 The real-life boss of the Flying Squad was jailed for his corrupt associations with the 1970s Soho vice. Image by @Meetmrlondoner

The Sweeney’s style of gritty realism, where life imitated art, was very different to the super-stylish and surreal antics a decade earlier of upper-class sixties spooks Steed and Mrs Peel in the Avengers. That was much more Austin Powers. Mrs Peel’s stylish leather catsuits kicked off a fashion trend that still looks cool today. The same could not be said for the Sweeney’s 70s fashions of wide lapels, massive ties at half-mast and clumpy square-toed shoes. 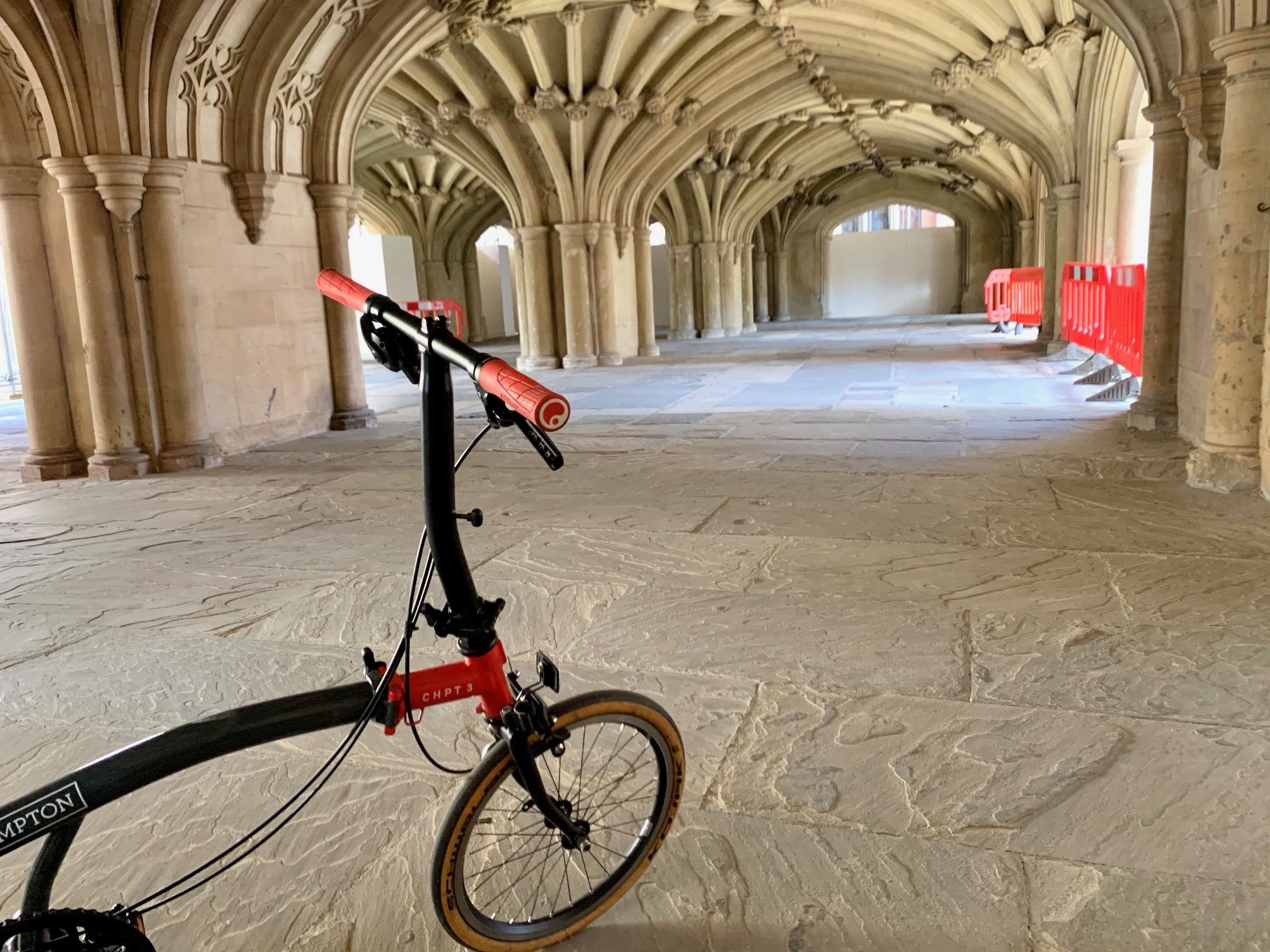 Mr Londoner biked over the Lincoln’s Inn, used in the filming of the Persuaders. @Meetmrlondoner

Rather less gritty than the Sweeney and less pop-art than the Avengers were the Persuaders. Filmed in 1971 for ITV, this was drama with its tongue firmly in its cheek. It featured Tony Curtis and Roger Moore as two jet-set crime-fighting playboys from contrasting backgrounds. It had brilliant opening titles and a John Barry theme tune (sampled by rap sensation Snoop Dog four decades later). Filming ended after the first series, when Moore replaced Sean Connery as James Bond. 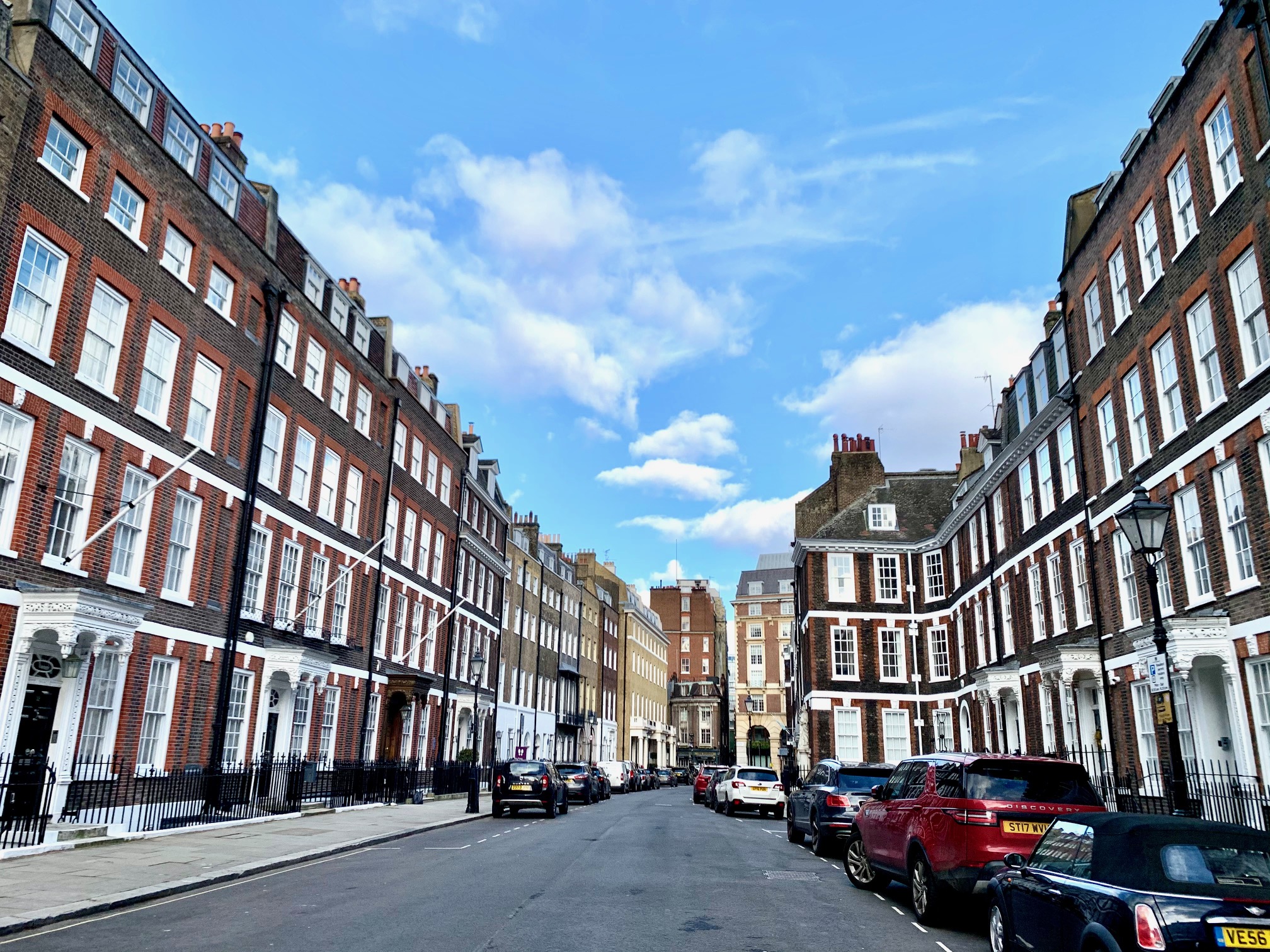 Lord Brett Sinclair in the Persuaders lived in style in Queen Anne’s Gate in the heart of St James’s. Image by @Meetmrlondoner

These chalk-and-cheese crimefighters were often filmed in London’s most central locations. Roger Moore’s character, Lord Bret Sinclair, lived in Georgian splendour at Queen Anne’s Gate. Theirs was a world of upmarket glamour. If not in London, they seemed to be drinking cocktails and driving Ferraris and Aston Martins on the French Riviera. This was all in stark contrast to the fags, Fords and fist fights in Hammersmith of Messrs Regan and Carter.

Featured image: John Thaw and Dennis Waterman as Regan and Carter in a publicity shot for the Sweeney, produced by ATV.