Christmas Day 2021 marks a special anniversary for literature, for women, and for Cumbria’s Lake District.  On this day 250 years ago, a baby named Dorothy was born to John and Ann Wordsworth in the town of Cockermouth on the north-western fringe of the National Park.  The baby girl was their third child, and Dorothy’s older brother, William, who was later to become Poet Laureate to Queen Victoria, famous for penning Romantic poetry that continues to be taught in schools across the world. 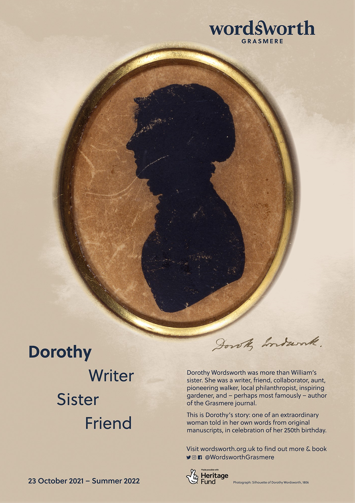 Dorothy Wordsworth has since become famous in her own right, and her notebooks and journals provide an entertaining and informative commentary on life in the late Georgian period.  Besides accounts of day-to-day life and regular walks taken with her brother and their family and friends, she was one of the first women to document an ascent of England’s highest mountain, Scafell Pike, on 7th October 1818, at a time when many women living in upland areas were beginning to indulge in the ‘invention’ of mountaineering. 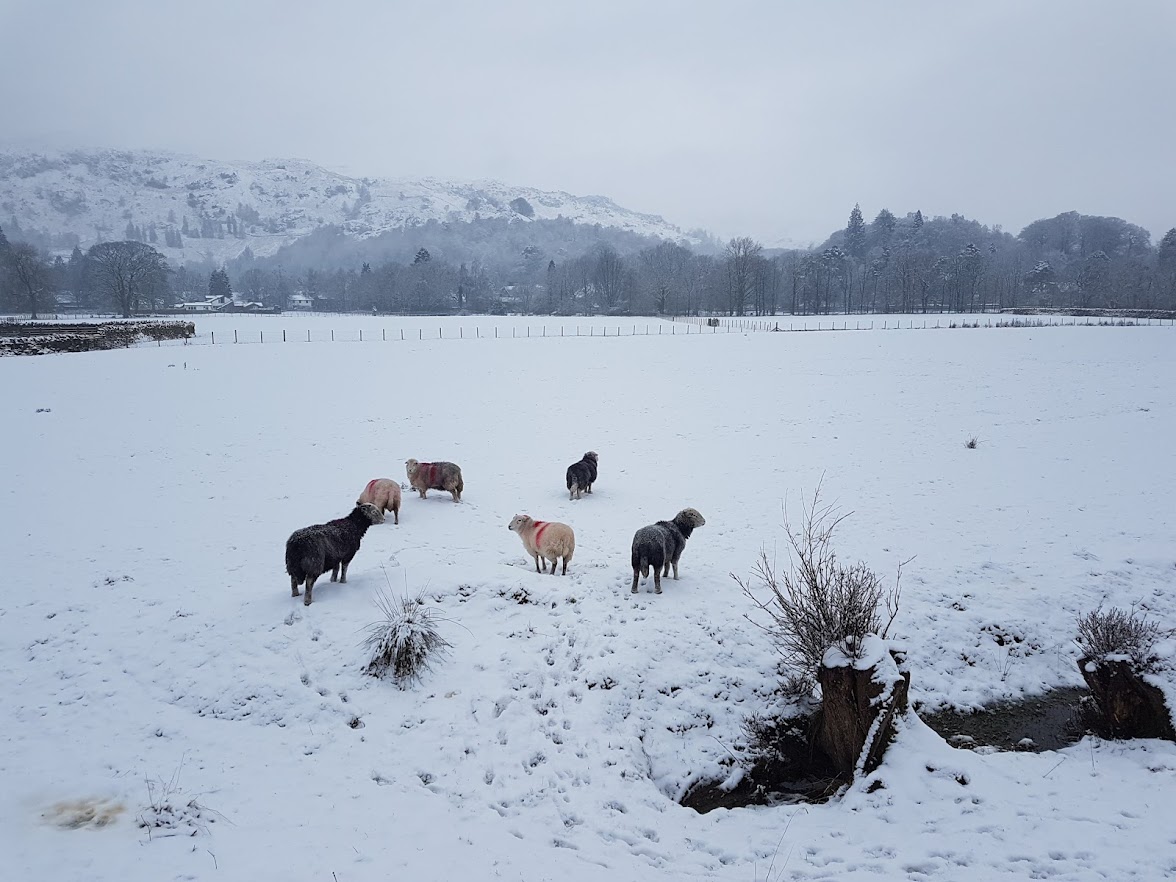 Dorothy loved walking, and thought nothing of trekking 20 or 30 miles in a day.  She would have been very familiar with the picturesque scenes that we enjoy on a winter’s day when we head for the Lake District fells.

But no walking boots and spikes, nor down jacket for Dorothy… when she and her friend Mary Barker climbed Scafell Pike, they will certainly have been wearing long skirts and petticoats.  And society of the time may well have been shocked by their behaviour: in 1871 – one hundred years after Dorothy’s birth and 53 years after Dorothy and Mary’s expedition up Scafell Pike – Liverpudlian Lucy Walker became the first woman to summit the Matterhorn.  Today we celebrate such remarkable achievements, but in 1871 the Nuneaton Observer pronounced, “Mountain-climbing is no woman’s work”. 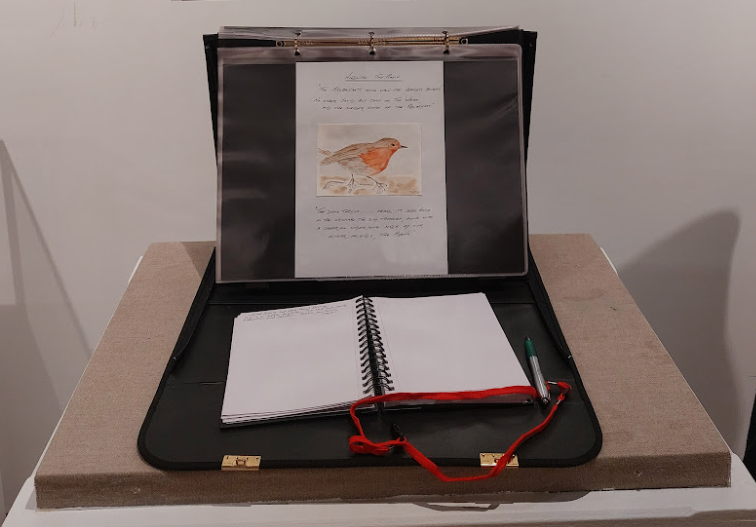 The manuscript in which Dorothy described her and Mary’s feat is one of the extensive collection of manuscripts, letters, paintings, and books held by the Wordsworth Trust.  This treasure-trove of artefacts relating to the British Romantic poets is housed in the Jerwood Centre, a couple of minutes’ walk from Dove Cottage, the white-washed cottage in the hamlet of Town End near Grasmere that Dorothy and William moved into on 20th December 1799. 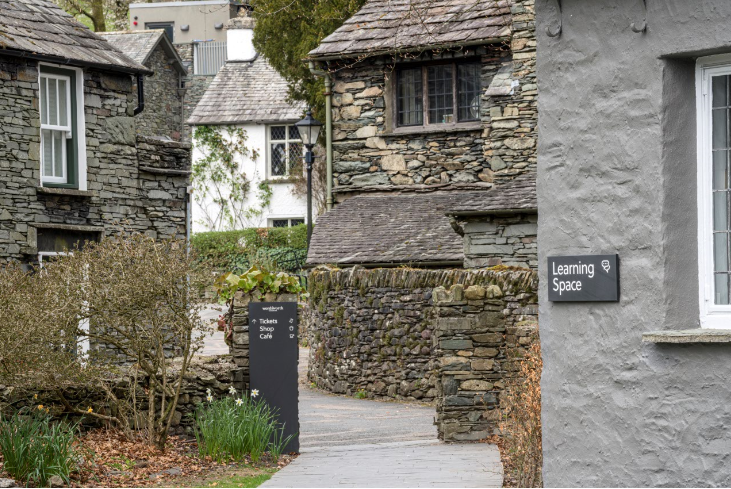 How different the hamlet must have been when the siblings arrived at their new home after their 70-mile walk from Sockburn in Yorkshire.

In 1891 Dove Cottage first opened to the public as a museum.   Today, the living room is adorned with Christmas decorations and a beautifully decorated tree stands in the entrance to the Museum. 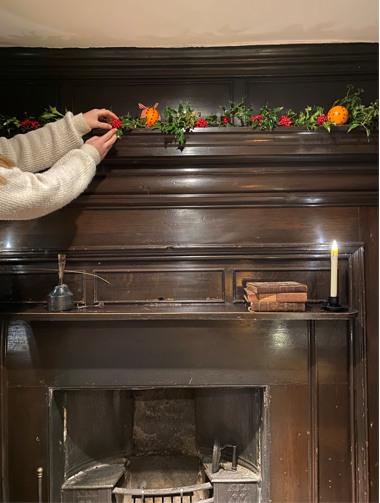 To mark Dorothy’s big birthday Wordsworth Grasmere is curating a temporary exhibition until Summer 2022, which celebrates the life of Dorothy: so much more than ‘Writer, sister, friend’ – but also, inspiring gardener, pioneering walker, and local philanthropist…

I recommend visiting for at least half a day to enjoy the entire Wordsworth experience, including costumed guides performing across the site (usually on a Friday), but to see Wordsworth Grasmere decked out in its Christmas finery you’ll need to visit by 1st January.  For opening times please go to Wordsworth Grassmere website. 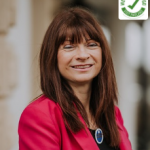 Tess Pike is qualified for Cumbria, Yorkshire, and the Liverpool City Region, and she guides in English and German.  Born and bred in London, she moved to Cumbria in 1993 and is passionate about guiding visitors around Northern England by vehicle and on foot.  She lives in a small market town on the edge of the tranquil Yorkshire Dales, an easy journey away from the bustling Lake District and cosmopolitan northern cities. Tess is Course Director of the 2021-2022 Cumbria Blue Badge Guide Training Programme and welcomes enquiries about training as a Blue Badge Guide.  She can be contacted by email at Tess.Pike@btinternet.com, on Instagram tessbluebadgeguide or Facebook  Tess Pike Blue Badge Tourist Guide. She also guides virtual tours – you can see her tours here!