I recently travelled from Birmingham to Stafford to meet friends from Liverpool for lunch. It is about an hour by train for all of us and the station is centrally situated. We were a little early so decided to walk along the pedestrianised Greengate St and stumbled across the Aladdin’s cave of St Chad’s Church which was open to visitors.

The Victorian West Front exterior of St Chad’s was designed by “starchitect” of the day, Sir George Gilbert Scott.  It hides a magnificent twelfth-century interior with some of the finest Norman stone carvings in England. (Photo)

The nave contains 4 massive round piers, multi scalloped capitals and one step arches date from 1150. 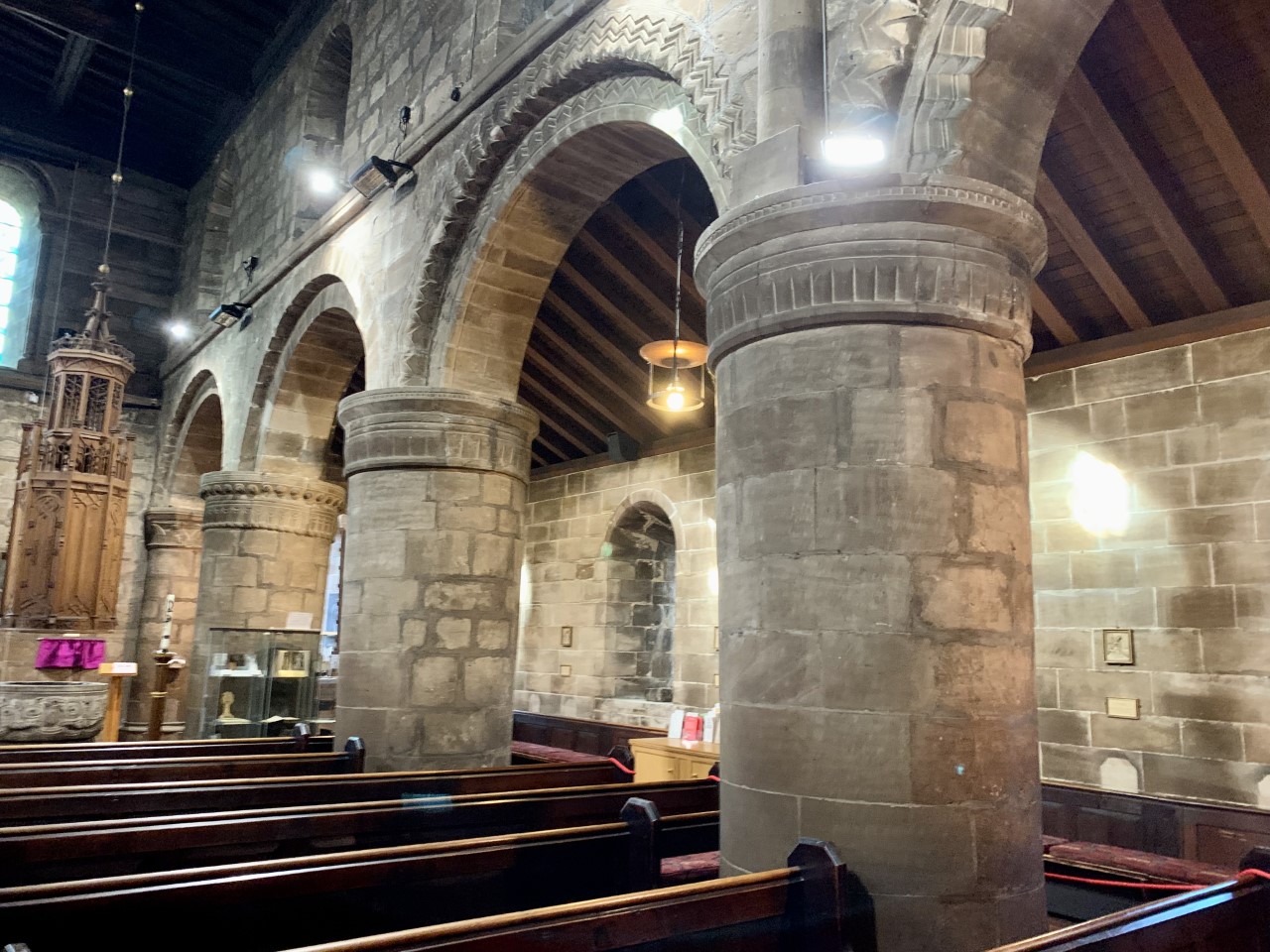 Norman round piers with multi scalloped capitals, and pellet and chevron moulding. Image by Ann Carr

The chancel which had been bricked, plastered and whitewashed over for hundreds of years now reveals the most intriguing pristine stone carvings of bare chested beakheads wearing short skirts and wristbands, animal faces and human forms thought to be Syro-Phoenician or Egyptian in origin. One human figure is thought to be based on the Babylonian goddess Ishtar, with symbols of death and rebirth. It is a mix of Near Eastern, Celtic and Nordic motifs on a Norman Romanesque arch, reminding us that the Norman culture embraced many traditions, especially at the time of the Crusades in the 12th century. (Photo) 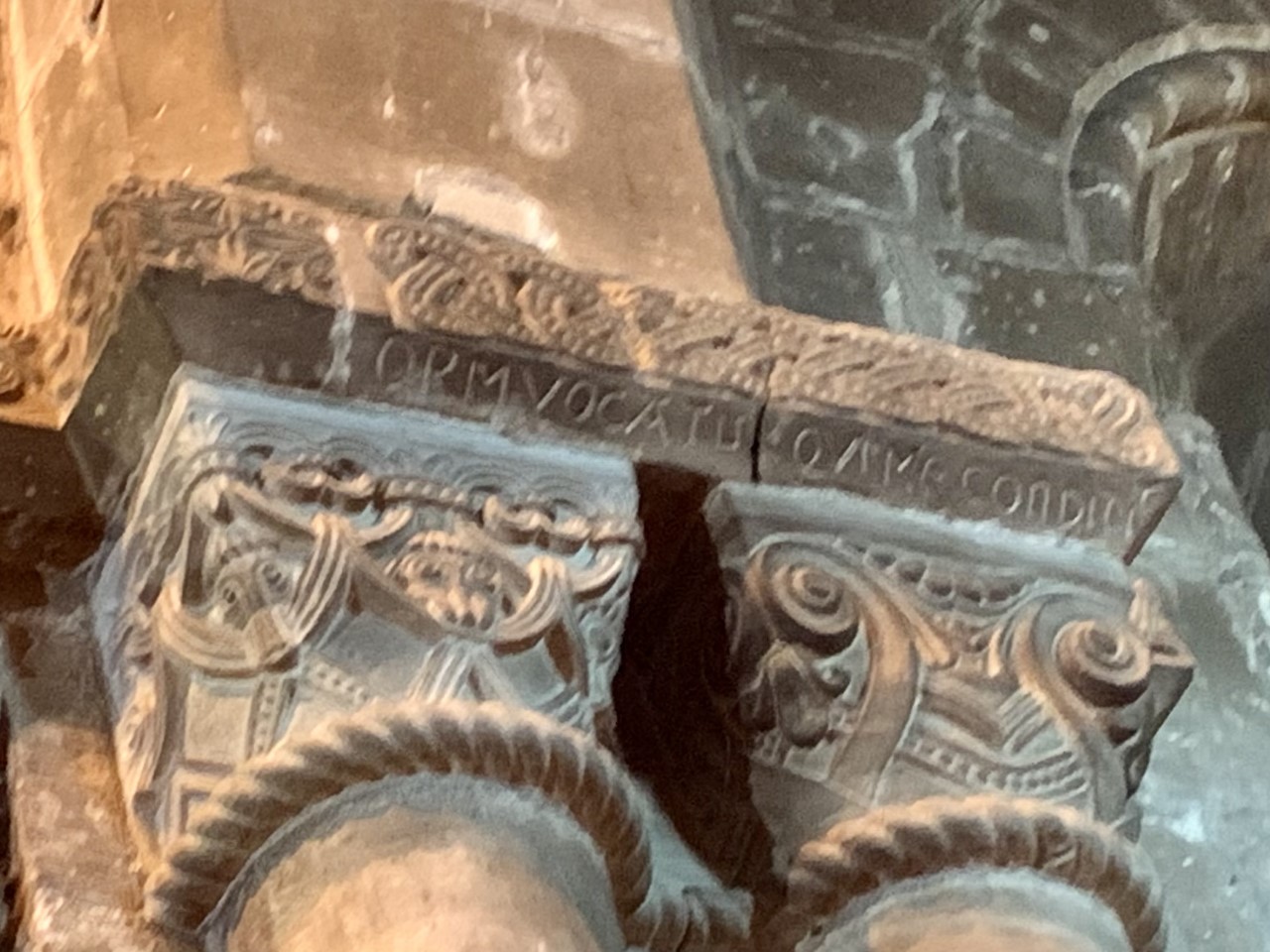 There are a pair of fighting dragons displayed with the Latin inscription “Orm vocatur qui ne conditit” meaning “the man who established me is called Orm”.  Orm is an old Danish word for dragon, serpent or worm. Local Lord Ormus le Guidon of Biddulph was probably the church’s founder and it is said seven Saracen stonemasons were brought back from the Third Crusade and worked on his Biddulph Estate. Therefore, is quite likely they designed these unusual and unique stone carvings.

We even have a Green Man or two, the Roman fertility symbol that in Christianity is said to represent Adam. 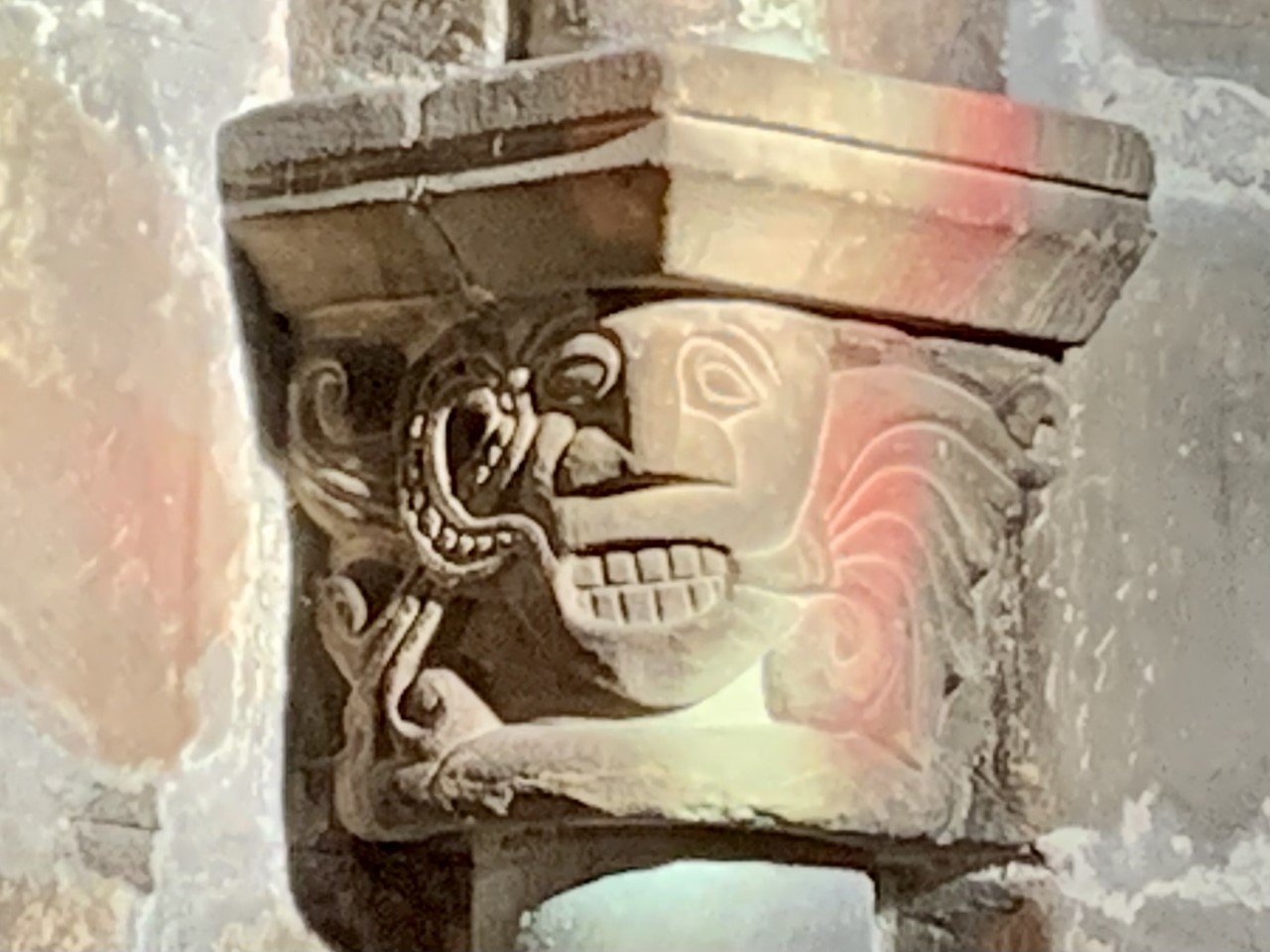 It is a miracle that this amazing church has survived. Luckily, it had help from local resident Izaak Walton of “Compleat Angler” fame who in 1670s assigned rent from nearby land he owned for the upkeep. By the 1800s, the church was in disrepair but with the population growth of the Industrial Revolution in the late 19th century and the need for more churches, money was raised by local banker Thomas Salt in 1840. In 1875, George Gilbert Scott was engaged to spend the last years of his life demonstrating a thoroughly conservationist attitude towards the restoration of this ancient church.

St Chad’s Church, Stafford is one of finest examples of Norman decorated style and is a living example of when England engaged closely with Europe and the Near East and is full of meaningful symbols and fashionable style of its time. Who would have thought such exotic art and beautiful architecture would exist nearly 900 years ago in the small county town that most people by-pass when travelling up the M6?  I urge you not to miss this very unique hidden gem next time you are nearby.

Who was St Chad? We have many churches named after St Chad in the north and Midlands. A former abbot of Lastingham in Yorkshire he became Bishop of the Mercians and Lichfield in 669 taking office only 72 years after St Augustine established the English church. He died on 2 March 672, now his saint’s day. His relics are enshrined at the Roman Catholic Cathedral of St Chad’s in Birmingham.

Featured image: The Romanesque Arch of the Chancel with ornate carvings. Image by Ann Carr 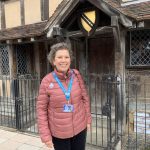 Ann Carr is a London and Heart of England Blue Badge Guide who lives near Stratford-upon-Avon. She specialises in tours of Shakespeare’s Stratford,
Birmingham, Oxford and the Cotswolds. She has over 30 years of experience in tourism.
For more information: www.anncarrtours.co.uk