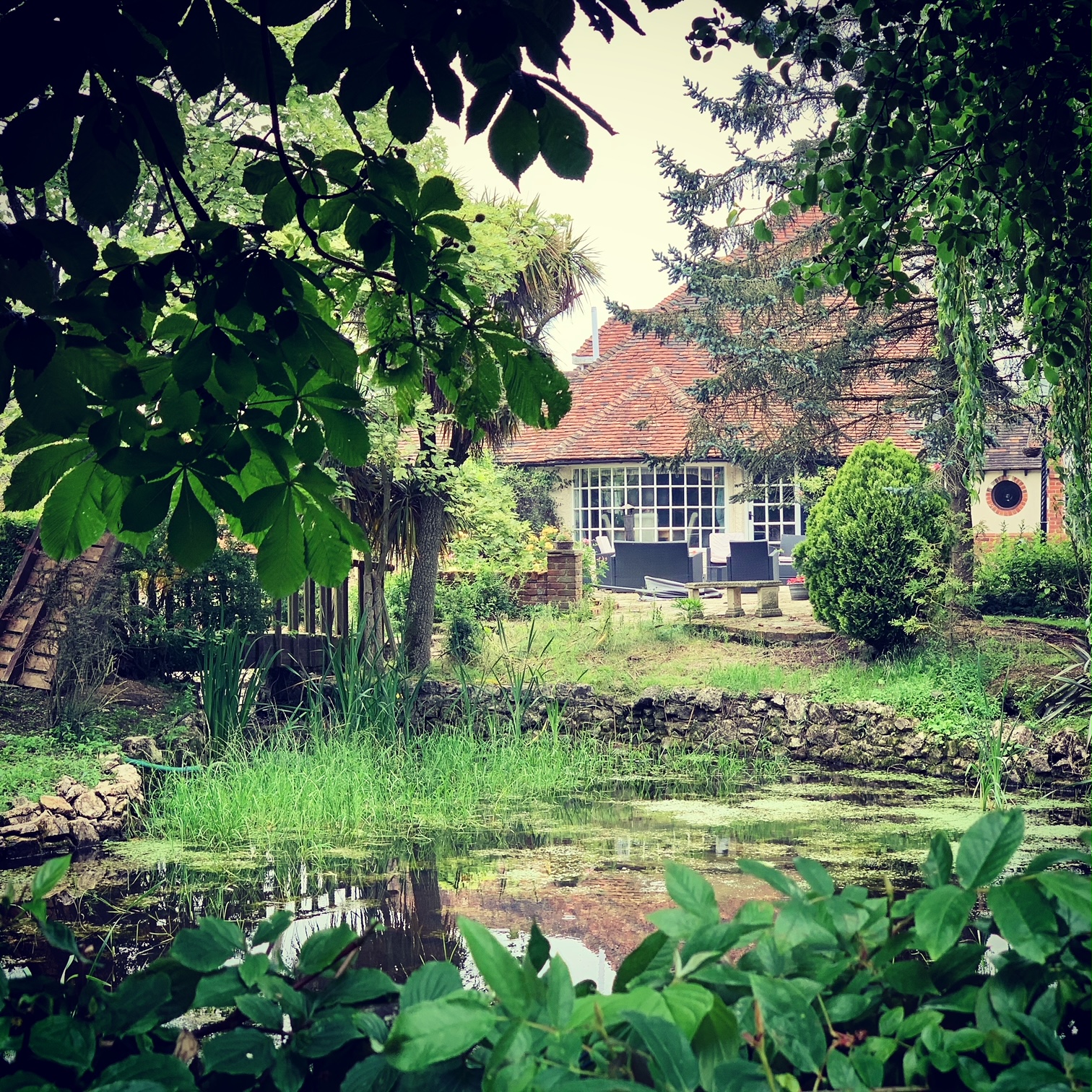 One of the great joys of being a London Blue Badge Guide is to offer the occasional visit out of the Capital for our guests. Canterbury, a gorgeous medieval walled city in Kent – the so-called ‘Garden of England’ – is one such popular destination in which our badge enables us to guide, as a day-trip from London. 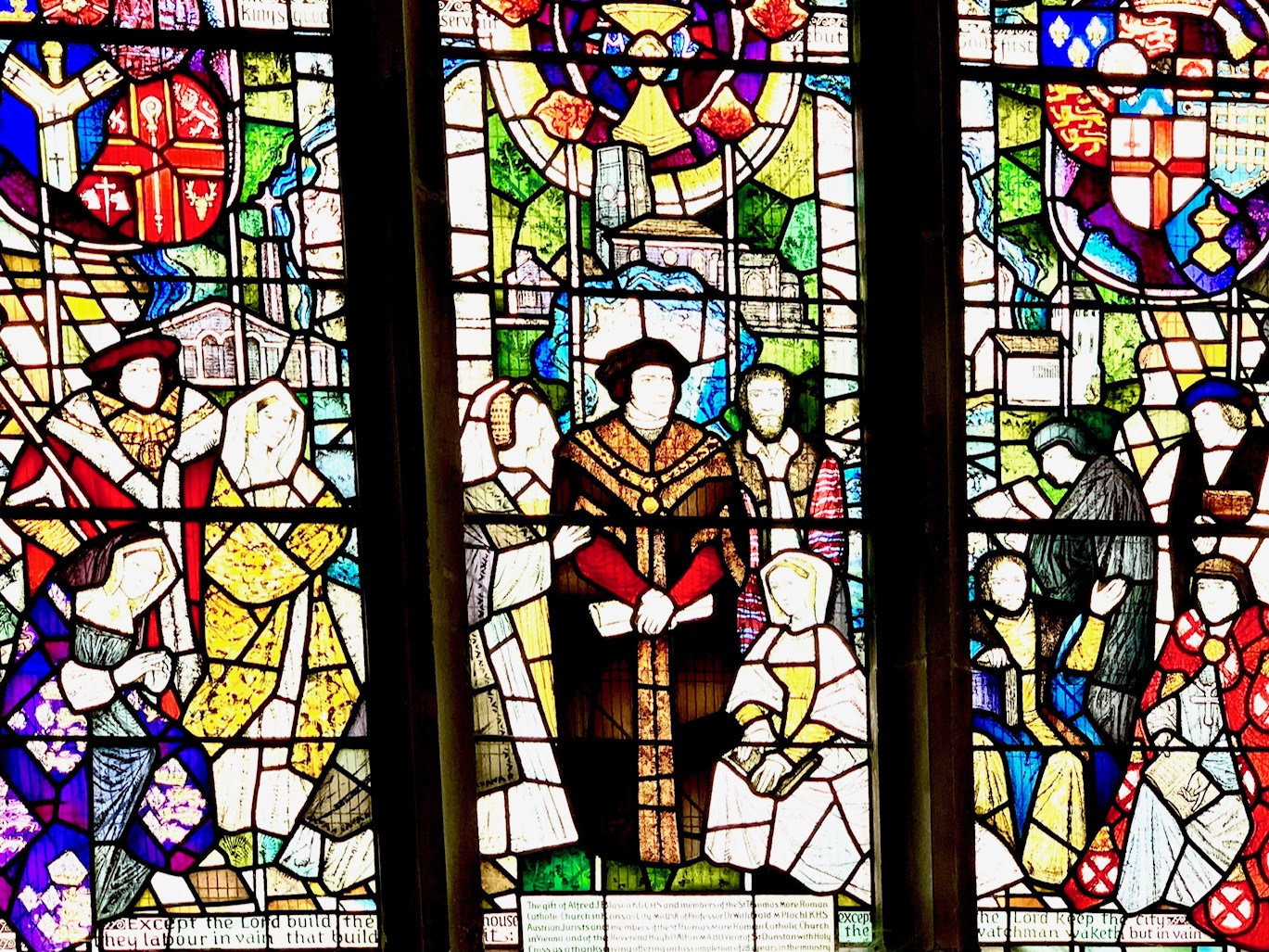 Canterbury is famous for its stunning Cathedral, currently undergoing major repairs. The Cathedral, St Martin’s Church and St Augustine’s Abbey, together comprise Canterbury’s UNESCO world heritage site. Pope Gregory sent St Augustine to restore Christianity to England in 596. Gregory’s mission was a success – thanks to the welcome he received from Frankish Queen St Bertha (or St Aldeberge). She married pagan King Aethelberth of Kent and helped convert him to Christianity. The pair are commemorated across the City. Queen Bertha’s Chapel was in St Martin’s Church, which incorporates a remarkable wall from Roman times. UNESCO acknowledges St Martin’s as the oldest church in the English-speaking world and worship has continued here since 580 AD. 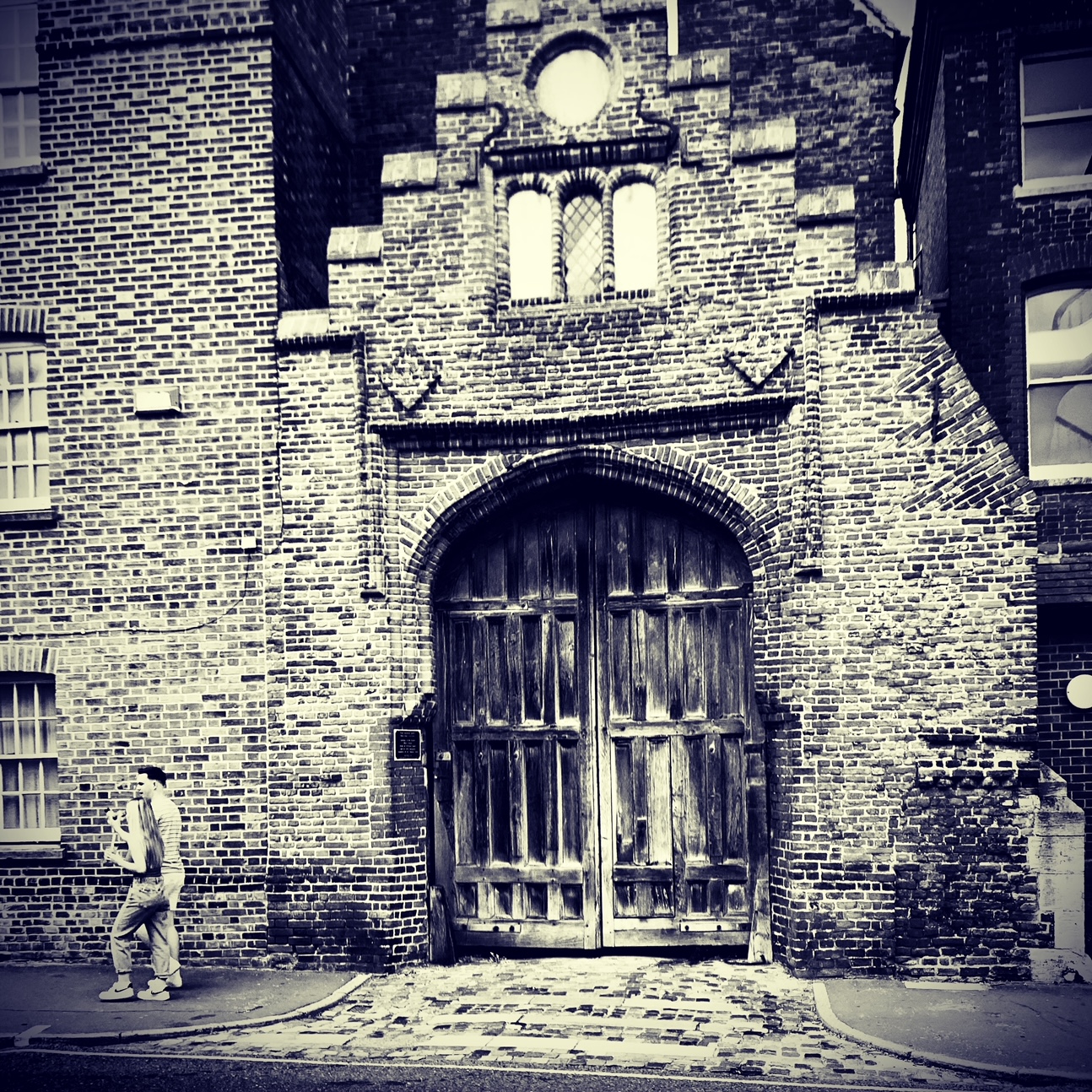 The Roper Gate was once the entrance to Place House @Meetmrlondoner

The UNESCO world heritage site is just magnificent. But don’t overlook the City’s other stunning places of worship. St Dunstan’s Church tells a story of the struggle and violence of Tudor England. In a vault here, a skull is reputed to be the severed head of St Thomas More. The unfortunate More was Chancellor to Henry VIII and a committed Catholic. The King had him beheaded on Tower Hill on 6 July 1535, when he failed to deliver Henry’s divorce from Katherine of Aragon. More’s headless body was slung in an unmarked grave in the church of St Peter Ad Vincular, in the Tower of London. His head, however, joined a grisly display of those of other traitors impaled on a spike on London Bridge. It was allegedly retrieved by his daughter, Margaret, and installed in the family vault of her husband, William Roper, a member of a prominent Canterbury family. The 16th century Roper Gate on Canterbury’s London Road is the only remaining part of the family’s once grand manor, Place House. 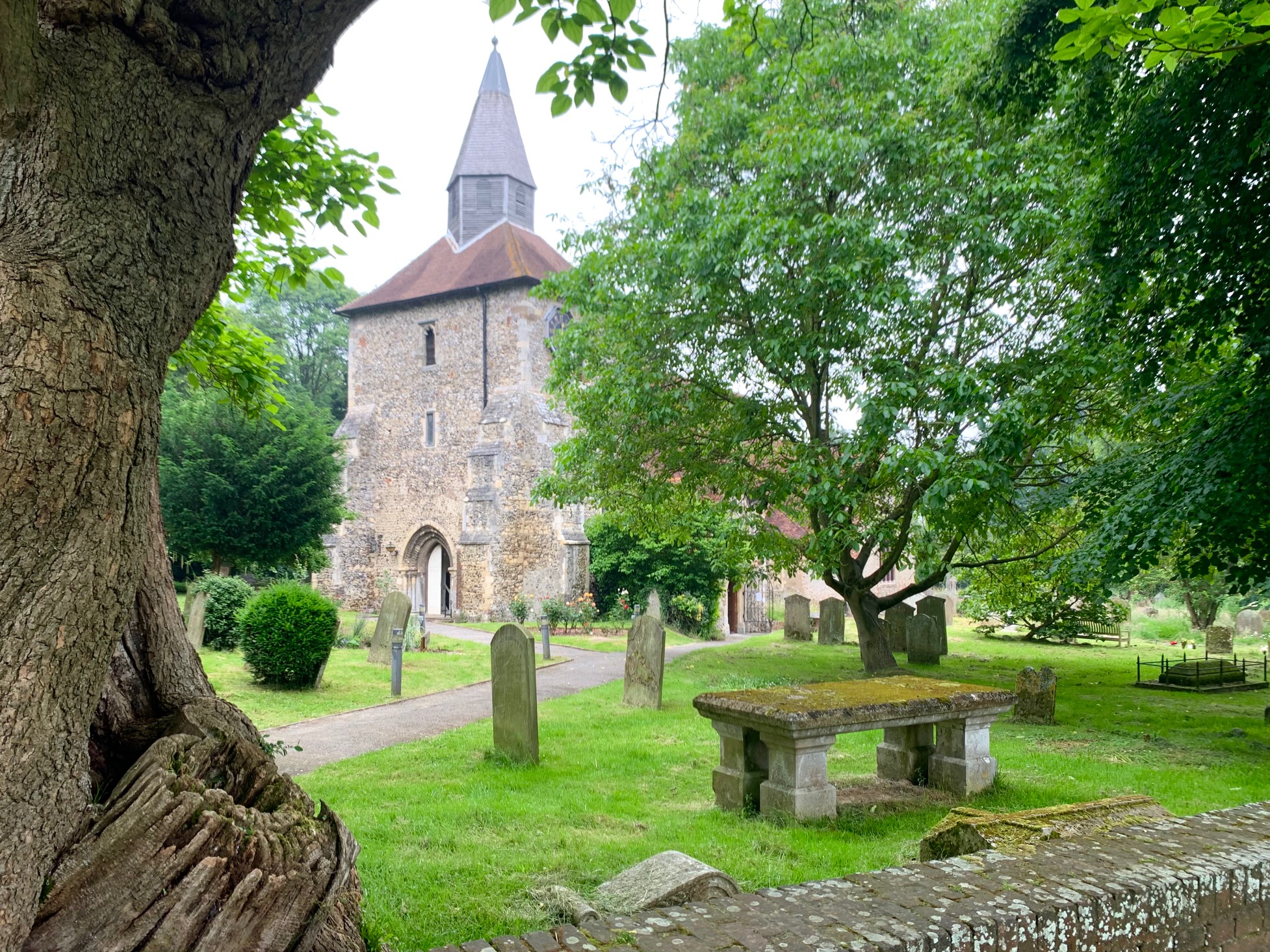 The Church of St Stephen’s Hackington is on the City’s northern side, bordered by meadows, vast sports fields and children’s playgrounds. It’s not far from the Canterbury West railway station and a pleasant walk from the city centre, through the Beverley Meadows. This is the perfect country church. It dates back to the 13th century and is Grade-I listed, as a protected building of historic importance. Its rambling, but beautiful, burial grounds tell a story of Britain’s colonial past, with several 19th century graves of British Indian Army officers. It also contains a number of Commonwealth War Graves, from the First and Second World Wars. The area is teeming with nature and wild flowers.  Naturally there’s a picture-perfect country pub next door, Ye Olde Beverlie. 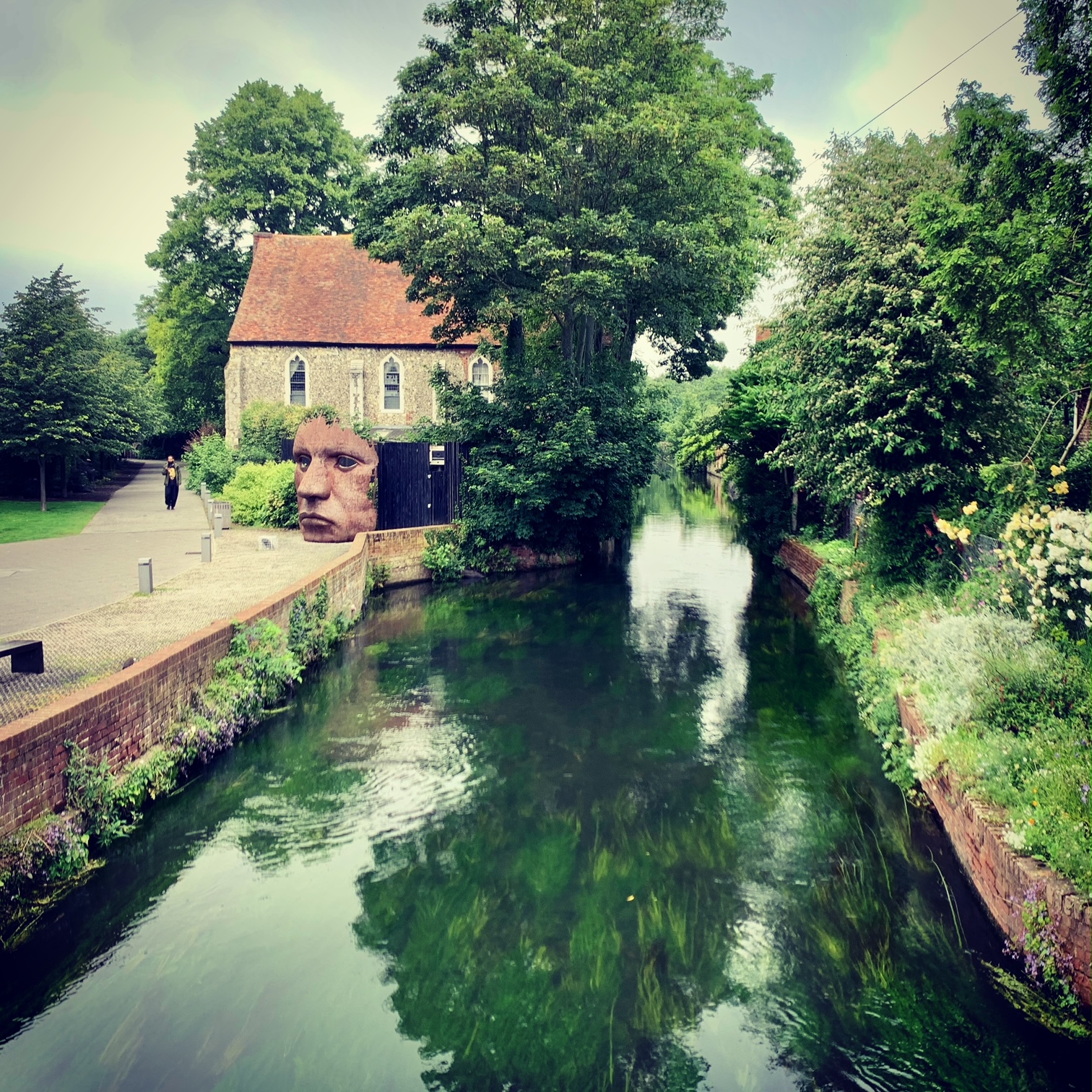 The River Stour flows through the centre of the City @Meetmrlondoner

Perhaps less well-known to day-trippers are the extensive green trails that surround the city. The Crab and Winkle Way is a former trade route that became a railway line. Today it’s a bike and walking trail connecting Canterbury to Whitstable, taking the traveller through verdant farmland, forestry and cherry orchards and avoiding the traffic. On the other side of the city is a glorious nature trail along the River Stour, passing wetlands and many clues to the city’s industrial heritage. People come to Canterbury for its historic pubs. Others seek out its thriving vintage clothes scene. For creative but thrifty bargain hunters, Canterbury has great charity shops too. 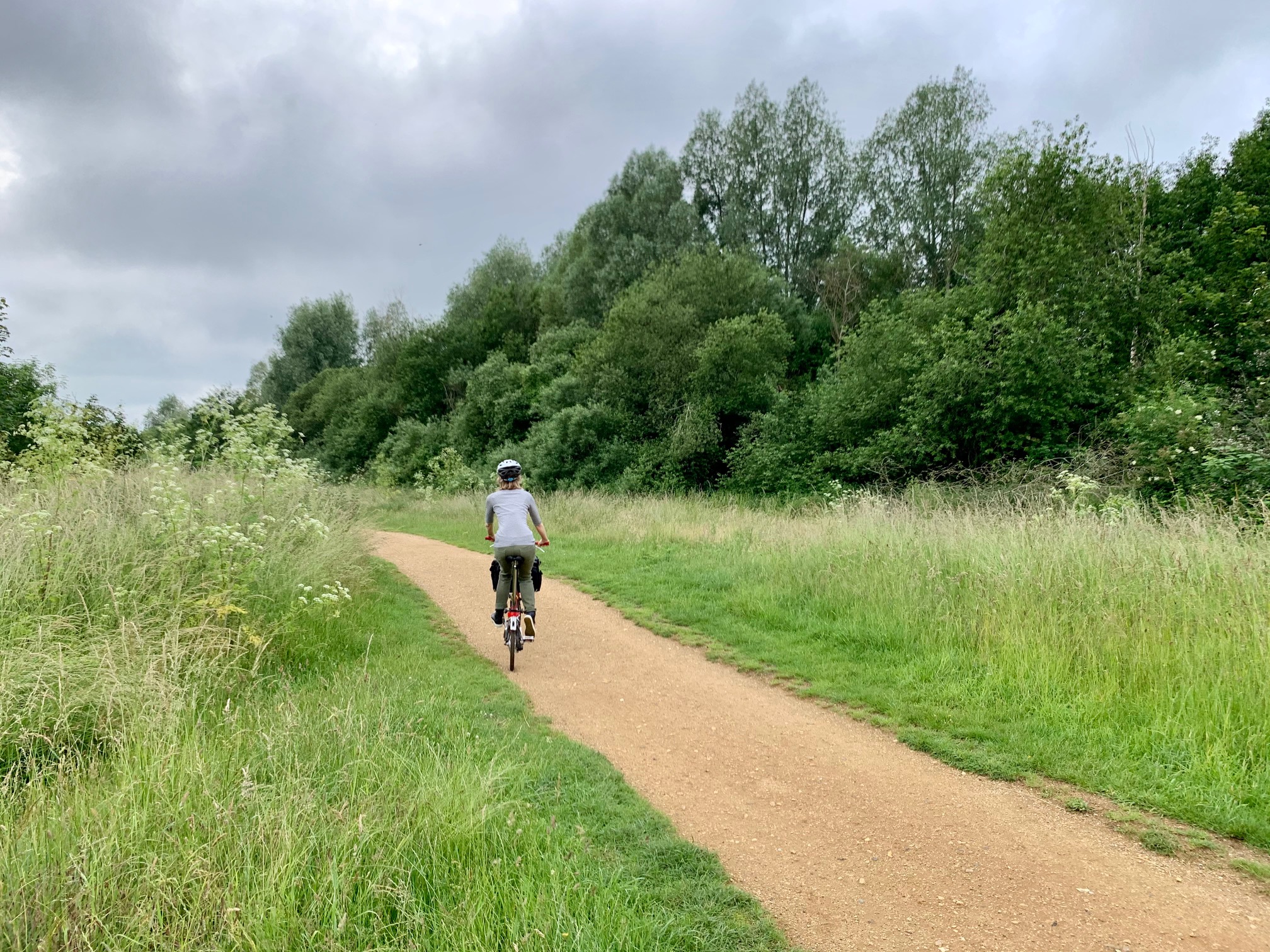 The trail along the River Stour features wetlands and wildlife @Meetmrlondoner

It might be that you want to The Garden of England, in a little more detail. Historic Dover, trendy Whitstable or arty Margate are all relatively close by. The countryside is stunning and the beer – and even the wine – award-winning. For adventures outside Canterbury itself, check out the tours offered by my colleague Tanya Firth. Tanya is an experienced driver-guide as well as a linguist and a blogger. She knows the County of Kent exceptionally well and can show you some amazing things that most visitors would otherwise miss.

Featured Image: A gorgeous cottage on the City’s edge. @Meetmrlondoner