London’s Regent Street attracts clientele of fashion, dining, wellness and lifestyle. It also has some history. It is named after George, the Prince Regent (later George IV) and was laid out under the direction of the architect John Nash and James Burton in 1825. Famous landmarks include BBC Broadcasting House, All Souls Church, iconic Liberty of London and the renown toyshop Hamleys, to name but a few. Within 307 Regent Street there is, however, a hidden cinematographic gem.

Housed within what is now, the University of Westminster, is the incredible Art Deco Regent Street Cinema, considered to be the birthplace of British Cinema. Its origins are the Polytechnic Institution (1838) which would become the Royal Polytechnic Institution (RPI) a year later. From the start the RPI had a keen interest in photography. The chemist J T Cooper experimented with photogenic drawing paper and gave lectures on the latest photographic processes such as daguerreotypes. In 1841 the RPI purchased the right to demonstrate Fox Talbot’s patented calotype photographic process and Europe’s first photographic studio opened. Charles Dickens had his photo taken. A Photography School opened in 1853 and the RPI became the centre of innovation in the field of optical or magic lanterns – devices used to project transparent images in the form of painted glass slides. 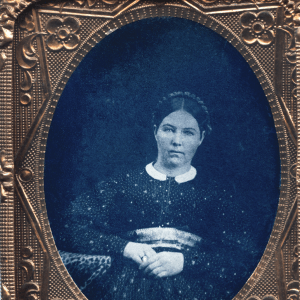 A digitally restored daguerreotype image of a young woman c1860

Lecturer John Henry Pepper had seen plans for Dirck’s “spectral optical illusion” and adapted it. On Christmas Eve 1862 he demonstrated “Pepper’s Ghost” in a performance of The Haunted Man by Charles Dickens. This clever illusion was created by angling a sheet of glass towards the audience and lighting the actor playing the ghost who was hidden in a large space constructed below the stage. 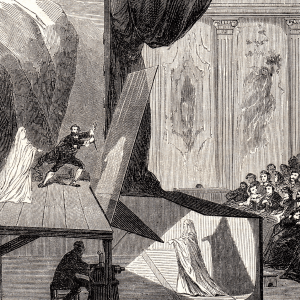 In 1881 the RPI closed and the site was purchased by Quintin Hogg for his Young Men’s Christian Institute which soon became known as The Polytechnic. The most popular evening classes were those on photography. Lewis Carroll was a regular visitor to the Polytechnic and gave permission for dissolving views from “magic lantern shows” to be used in performances of Alice’s Adventures in Wonderland.

Being at the forefront of innovation in images, it was no surprise that Hogg rented out the theatre for a screening of the Lumière Brother’s newly invented Cinématographe on 21 February 1896 – the first public cinema performance in the UK. The mix of films, which included a steam train and the demolition of a wall, only lasted 40-59 seconds each. After premiering their projected motion pictures first in Paris in 1895, then in London, Vienna, Moscow, New York, Bombay and Quebec, all in 1896, the Lumière Brothers declared Cinématographe “can be exploited for a certain time as a scientific curiosity but, apart from that, it has no commercial future whatsoever”. Louis Lumière returned to the Polytechnic to celebrate the 40th anniversary in 1936! 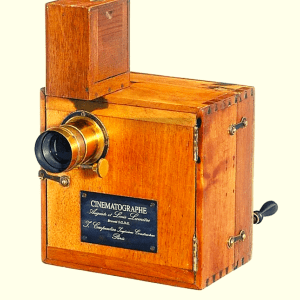 The Great Hall had been refurbished in 1929 in Art Deco style as a cinema by Frederick John Wills. It became the place to see travel films such as Climbing Mount Everest. A Compton cinema organ was installed in 1936 to add sound effects to movies and it was refurbished in 2006; it can be lowered and raised as required. In 1951 it was the first cinema to show a film with the new X-rated classification (La vie commence demain – Life Begins Tomorrow). The cinema became one of the places to enjoy eclectic French and Italian films.

The BBC Film Unit was the largest single employer of cinematography graduates from the Polytechnic. By 1972 the Polytechnic offered the only degree courses of their kind in UK and Europe – BA in Photographic Arts and BSc in Photographic Sciences. Former students have been nominated for BAFTAS and Oscars. While studying architecture here between 1962 and 1965, Roger Waters, Nick Mason and Richard Wright met and formed a band, originally called Sigma 6, which would later become Pink Floyd.

After a brief period as a theatre between 1974 and 1979, the cinema closed in 1980 until its recent refurbishment, reopening in all its former glory in 2015.

The Cinema is Grade II listed and shows an interesting mix of cutting edge and experimental work with the best of UK, independent and world cinema, documentary films, retrospectives and classic repertory and archive films. It can show 16mm, 35mm and the latest digital films. This is a must visit cinema for film buffs and those who want to have a film experience that goes beyond the big screen – the Regent Street Cinema is historic, atmospheric, eclectic and simply divine!

Check out what’s on currently and if you want a guided tour of this gem contact me!