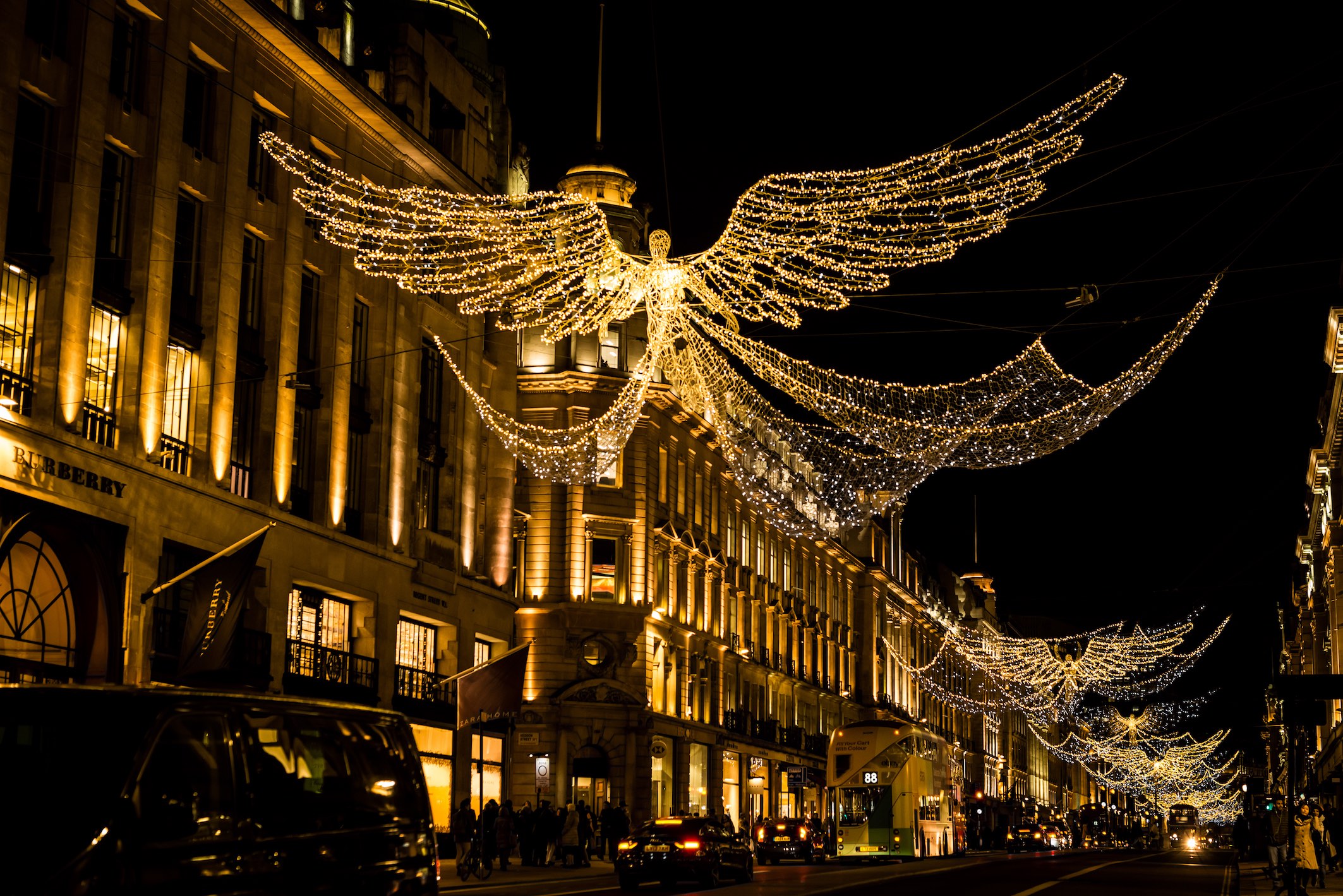 There is nothing to make you feel more festive than taking a walk through the streets of London in December. Whether you are taking one of our guided walking tours or just want to indulge in Christmas shopping, you will love the spectacular and charming displays in the capital. From giant mistletoe in Covent Garden, flying angels in Regent Street to birds of paradise in Carnaby, discover different themes and colours at every turn. 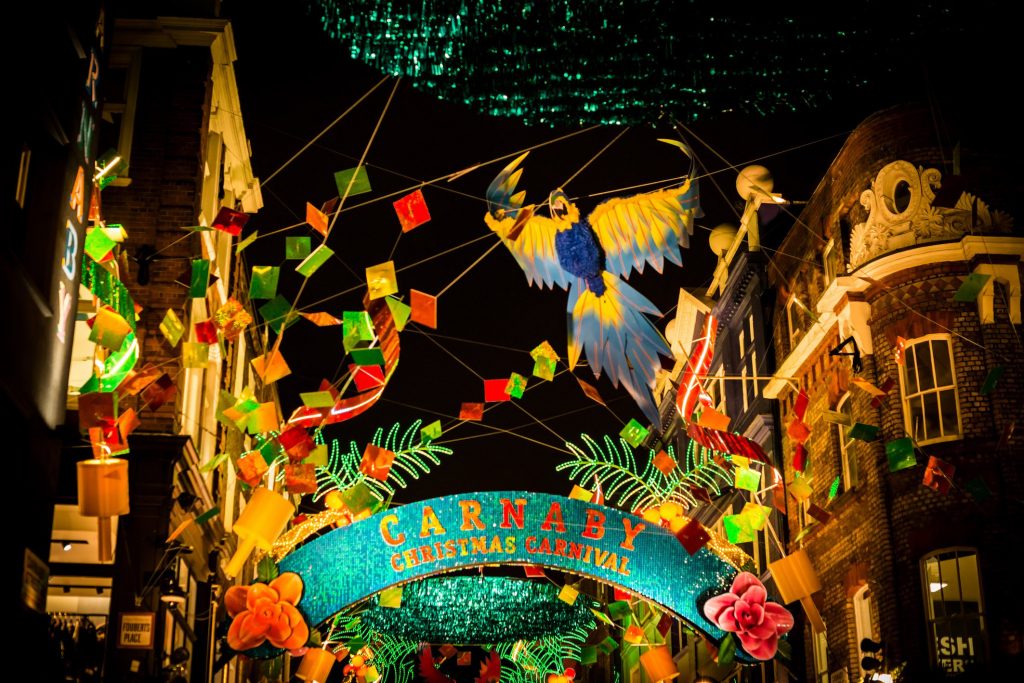 Every year in Trafalgar Square, you’ll also find a giant Norwegian spruce adorned with thousands of fairy lights – a gift from Oslo in recognition of Britain’s support during the Second World war, since 1947. Join one of the gatherings around the Christmas tree for carols which take place regularly throughout December.

As you visit London’s most popular attractions such as Westminster Abbey, Southwark Cathedral or St Paul’s Cathedral, do ask your private Blue Badge Guide about Evensong and the carol services that take place this time of year. Spend the daytime in awe of these magnificent buildings, learning about the wealth of history offered by your guide. Then in the evening, imagine following in the footsteps of royalty past and present, taking a seat to enjoy world class music, sung by some of the best choirs in the country. If booking a private guided tour of Westminster Abbey or similar, discuss this with your guide to incorporate it as part of your package.

Southwark Cathedral’s advent programme has carol services on the 17 & 21 December from 6pm and a daytime Cathedral Sing-In on 21 December 12.45-1.45pm.

St Paul’s Cathedral have services with carols up until the 28 December. 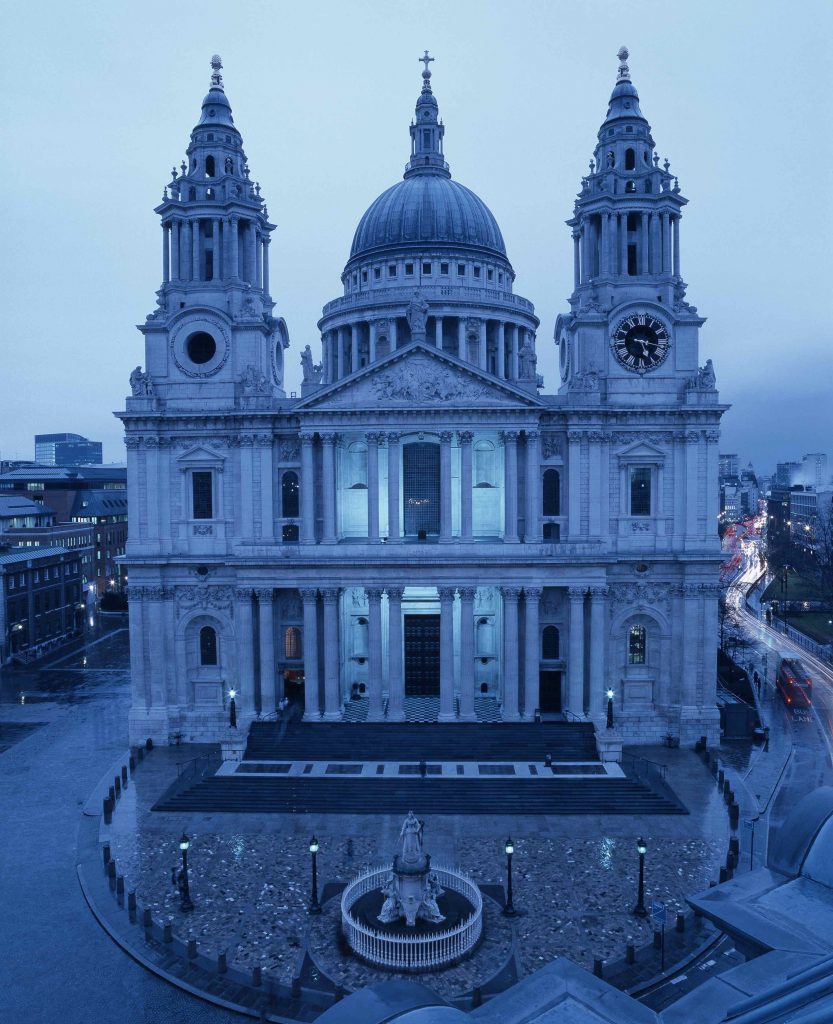 St Paul’s is great to visit in the day and evening.

You’ve probably heard of Winter Wonderland in London’s Hyde Park, but Christmas markets take place all around Britain. Here’s some of our favourites:

It might be a bit cold for punting (flat bottomed boats) but with a backdrop of the University buildings (31 colleges boasting stunning architecture), Cambridge turns into a fairy tale place at Christmas time. The famous old Market Square is decorated with lights as it becomes home to the annual Christmas Market.

Just less that 1hr 30mins by train from London is the city of Bath with UNESCO World Heritage status. Once you’ve done a tour of the Roman Bath and the Abbey, take your time browsing the 200 stalls that wrap around the area at Christmas time. Most produce on sale from ceramics to clothes and food are sourced locally so you can pick up one of a kind gifts made in the UK.

If being in the birthplace of Cadbury’s chocolate isn’t enough to get you to the UK’s second largest city, then the Frankfurt Christmas Market in Birmingham should. Held in Victoria Square, it’s the largest German market outside Germany and Austria. Once you’ve grabbed a mulled wine and bratwurst, you can also wander through to Chamberlain Square where local artists sell their goods at The Christmas Craft Fair.  You can even get a Blue Badge guided tour.

Harry Potter fans will love this market in the city where JK Rowling penned the bestselling novels. Voted as Britain’s favourite Christmas market this year in a recent poll, it’s set in the heart of Edinburgh, a short walk from all the city’s major attractions such as the Royal Mile, Royal Palace of Holyrood and Edinburgh Castle – home of the Scottish crown jewels.