January marks the start of the movie awards season. This year one of the leading contenders for Best Picture is Sam Mendes First World War movie, 1917.

It seems to be leading the field having already grabbed the Golden Globes Best Picture and Best Director awards and it is a pretty good bet that it will do well at the remaining ceremonies, including the biggest prize of them all, the Oscars. Blue Badge Guide Richard Ing gives us his contemplations on this remarkable movie. 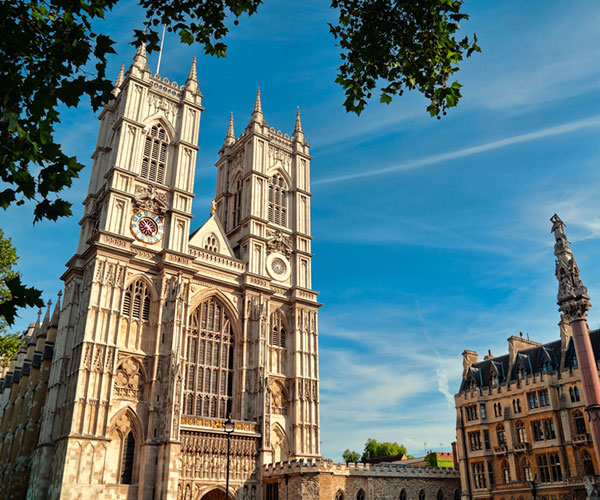 “Mendes dedicated the movie to his grandfather Alfred who joined up aged 17, served with distinction and clearly provided the inspiration for the story. 1917 is a wonderful movie. I found it to be a pretty visceral and exhausting experience but, in a good way. The horrors of the First World War are laid bare with many scenes that are hard to watch. The aftermath of the indiscriminate slaughter of soldiers, civilians and animals are graphically portrayed. The cinematography shows the realism of the killing fields with endless seas of mud, pockmarked with shell holes and bisected with cruel barriers of steel and barbed wire. There is a solid and simple plot concerning the passing of a crucial message across enemy lines by two young soldiers. Brilliantly, the movie appears to have been shot in one continuous take. It’s an awful, yet compelling vision. 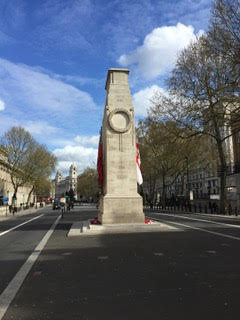 I found myself thinking about my own grandfather, Gilbert Ing, who served in the First World War. Like Sam Mendes grandfather, he enlisted aged 17. He joined the Royal Garrison Artillery and was posted to a unit operating the enormous guns behind the front line. He saw action at the Battle of the Somme in 1916. His gun took a direct hit and he was buried alive. But miraculously, he survived. I have his medical card that listed his injuries. He was returned to Britain, and happily, he married and lived to a good age. I’m proud to be able to tell his story, and often I do when i show visitors to London the many sites and memorials closely linked to those nearly nine hundred thousand British human beings who gave their lives in “The War to end all Wars”. 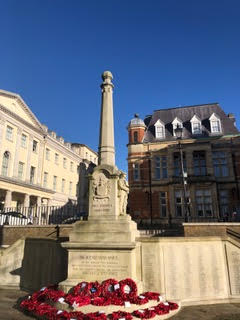 From the Grand National Memorials such as the Cenotaph in Whitehall and the Tomb of the Unknown Warrior in Westminster Abbey to the more understated war memorials that you will find not just across London, but in most towns and villages in the country, there is much to see to remind us of this awful and bloody conflict. The movie, 1917, continues and adds to the tradition of remembrance and positively adds to the story. Although Sam Mendes gives the subject matter the Hollywood treatment, for me, the movie tells a very human story. I hope it wins and I also hope that many younger people will go and see it.
I, along with many London Blue Badge Guides, will continue to tell the story of the First World War and perpetuate the memory of the sacrifice was made by so many. 1917 is now showing on general release.