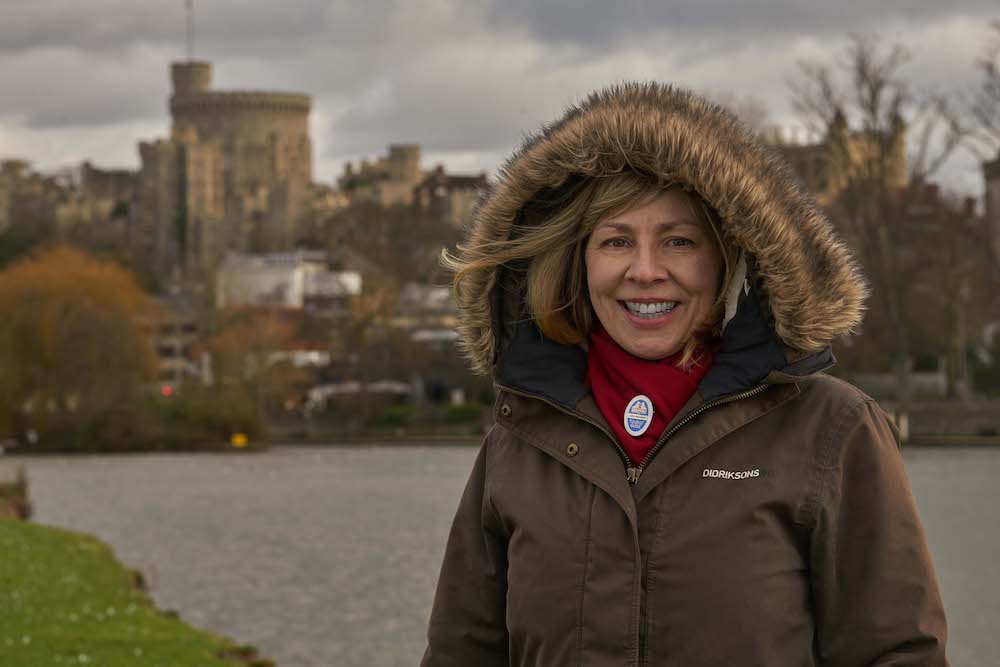 Our Windsor Blue Badge Guide Laura Comley-Smith gives us the top 10 facts we need to know about Windsor Castle and its stunning gothic Chapel.

1) Her Majesty Queen Elizabeth II actually lives here
Windsor Castle is where the Queen spends most weekends – arriving by Friday and leaving on Monday.

2) There is always a flag flying
Red, white and blue is the Union Flag and tells us the Queen is not in residence.  As soon as you can see yellow or gold, you know it is the Queen’s personal Royal Standard which is raised as soon as she arrives – keep an eye out to see if it changes while you are visiting!

3) You can’t miss it!
People who don’t know Windsor are often surprised that the castle is nestled RIGHT in the centre of town, so there is no chance of missing it when you arrive in Windsor!

4) Windsor Castle was one of a ring of defensive fortresses around London established by the Normans in the 11th century.

5) Today it is the largest INHABITED castle in the world
There are over 150 people living within the castle even when the Queen is not in residence. 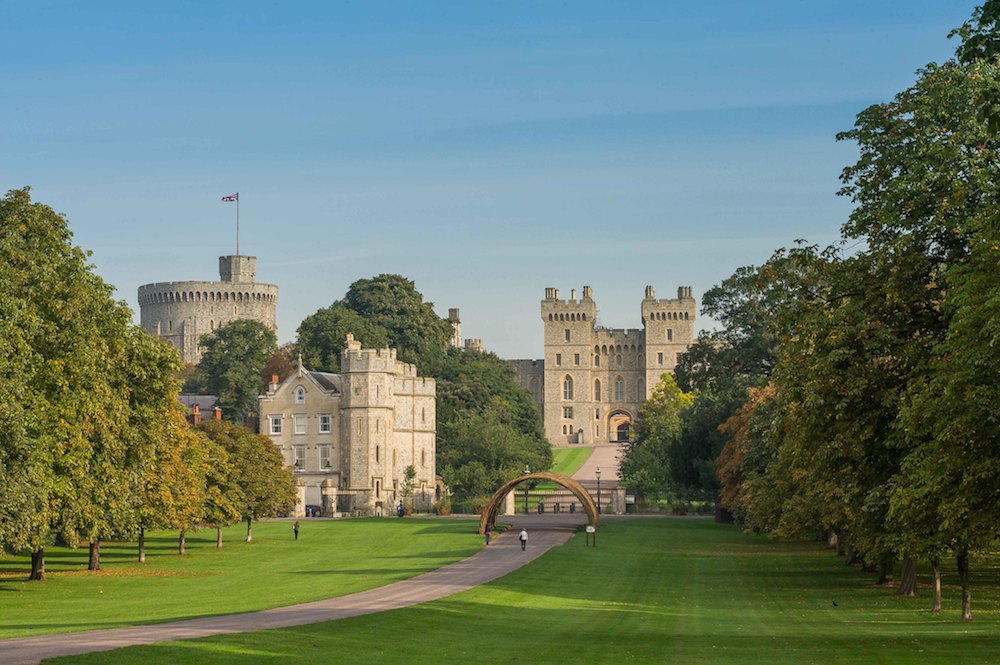 The Coronation Arch on The Long Walk leading up to Windsor Castle, Windsor Great Park

6) Wow factor
Saint George’s Chapel is stunning – more like a small cathedral and excedes most peoples’ expectation of a chapel.

7) 10 Kings are buried here
This is around a quarter of the monarchs since William the Conqueror – including the Queen’s father George VI and her grandfather George V and even Henry VIII.

8) Marriages and Baptisms
Prince Harry was baptised in St George’s Chapel in December 1984 and married Meghan Markle there on Saturday 19th May 2018. Princess Eugenie also married Jack Brooksbank at St George’s Chapel later in the year.

10) Evensong
St George’s is first and foremost a place of worship and there are services every day which the public are welcome to attend – most days there is a sung service at 5.15pm called Evensong – as at many Cathedrals in Britain, St George’s Chapel has a strong musical tradition and has its own choir who are wonderful to hear.

Laura Comley-Smith, is one of just a handful of Blue Badge Guides official allowed to give tours inside the Castle. Read what you can expect from a guided tour of Windsor Castle.