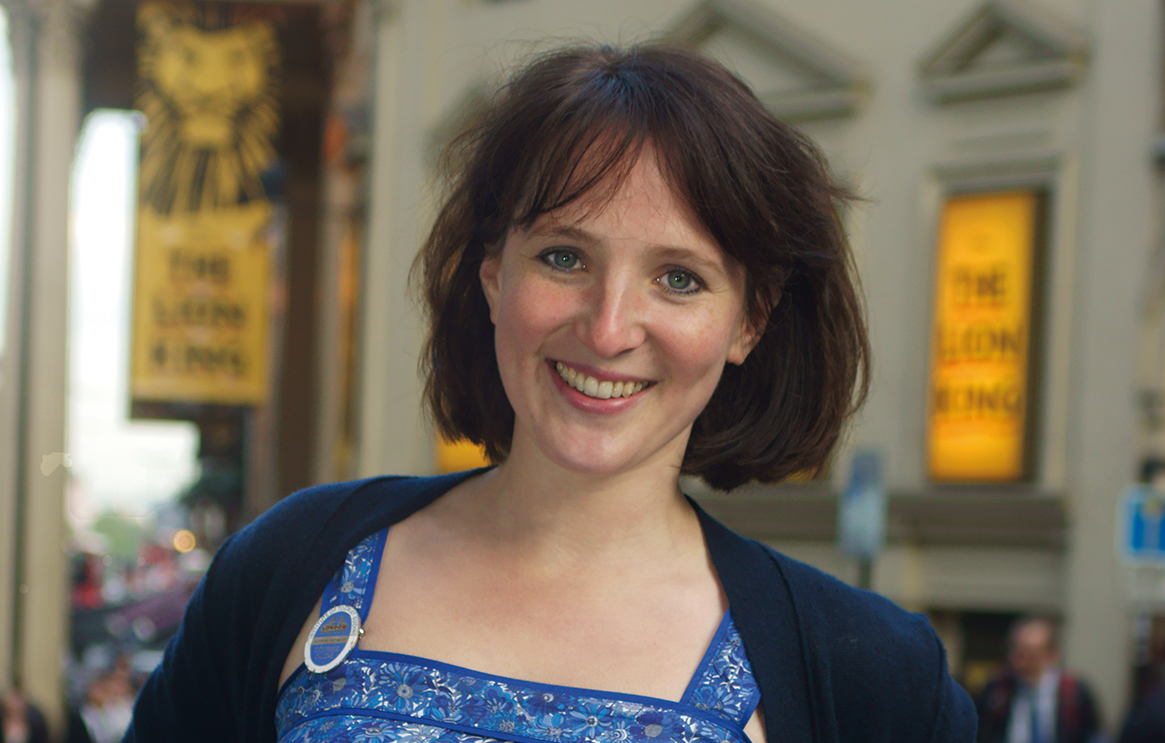 “When I was growing up in Penge I would boss my friends around, organising little performances for my family,” says Catherine Cartwright. “Fifteen years later I was still ‘bossing people around’. Fortunately these were professional actors, and I was directing them in fringe shows at Battersea Arts Centre and Theatre 503.” 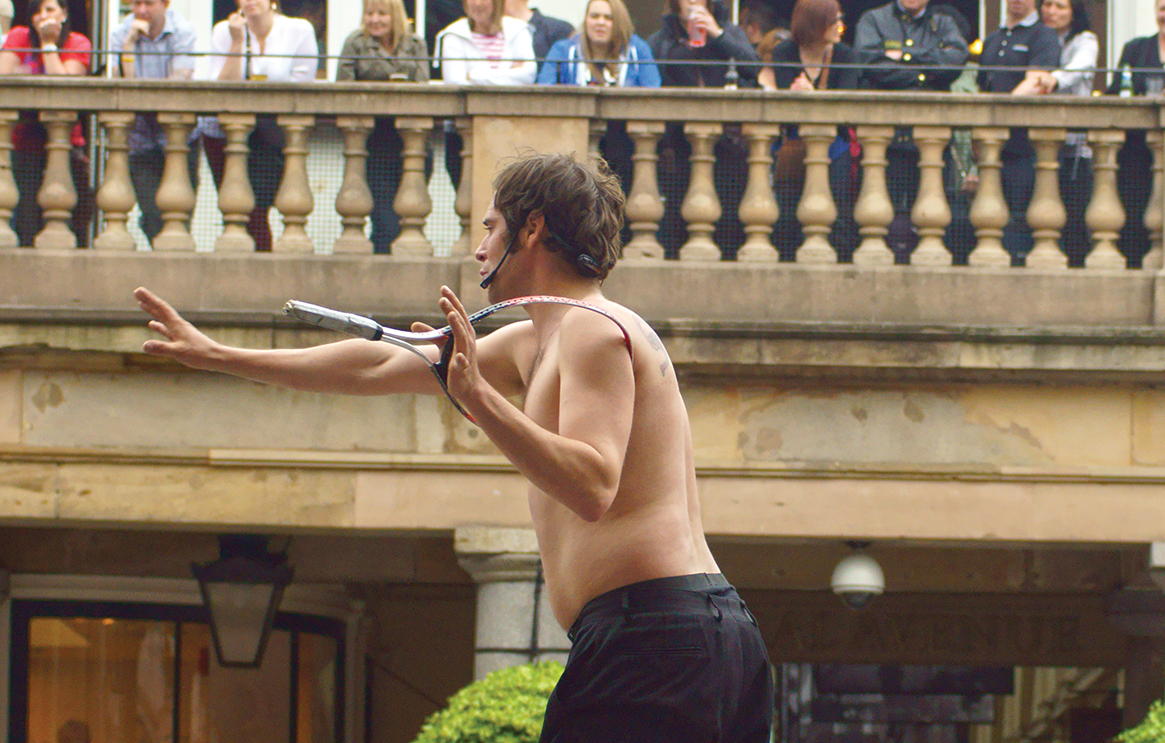 “After a several years of lots of fun, but little money in theatre, I decided to turn my passion for drama into guiding. I enjoy telling and sharing stories, and I love London – so I knew that becoming a Blue Badge guide would be a perfect way to combine all that.”

“London is one of the world’s great theatre cities, and I start my tours at is its heartbeat: Covent Garden. This is where the theatres came back into life in the 1660s after the Puritans closed them down for 18 years. The area still carries reminders of that burst of creative energy: the Punch and Judy pub is near the spot where diarist Samuel Pepys went ‘to see a puppet play’ on the 9th of May 1662 – traditionally reckoned as Punch’s UK birthday.

“Four hundred years later street theatre still thrives here, with buskers working beneath the portico of St Paul’s, the actors’ church. Before the first purpose-built playhouses in the 1570s, actors entertained their audiences in the open air. Covent Garden is as close as we’ll get to experiencing the atmosphere of those early performances.

“Pepys loved the theatre. He kept swearing oaths to stay away from the plays, but went 351 times during the decade of his diary. He witnessed the first women acting on the English stage, including ‘pretty, witty’ Nell Gwynn. She was Britain’s first female ‘celebrity’ – there’s a pub tucked away in an alleyway named after her. Nell became Charles II’s mistress, she bore him two sons and is buried in St Martin in the Fields church on the edge of the West End. But she had to stop performing – it was OK for the King to be seen with his mistress, but not with an actress.

“Around the corner from Covent Garden is the Garrick Club. There are streets, a theatre and a restaurant named after David Garrick – the great theatrical celebrity of the 18th Century. Three centuries ago stage performances were full of exaggerated poses and melodramatic gestures. Garrick changed that, setting the style for a more naturalistic mode of acting – a legacy inherited by modern performers.

“There are 250 portraits of Garrick, he commanded the kind of star status we see today. But our tabloids would not have had much fun with him: his long-lasting marriage was scandal free; it was said that: ‘his profession made him rich, and he made his profession respectable’.

“Kean was the great Shakespearean of the early 1800s and the star of the Drury Lane Theatre. A passionate eccentric, he kept a pet lion at home and one night rode his horse, Shylock, through the streets of London and up the theatre entrance. But a scandalous divorce turned the audience against him, and he was heckled and booed during performances. He never recovered his status and in 1833 he collapsed on stage while playing Iago and died a few weeks later.

“The 19th century audience was notoriously belligerent. In 1809 Covent Garden Theatre increased ticket prices. The public started to disrupt the performances, bringing coffins on stage with slogans written on them declaring: ‘here lies the body of new price, who died of the whooping cough’. This went on for over three months. The management brought in soldiers to keep the peace and hired and the boxer Daniel Mendoza to scare the rioters away. This simply provoked more uproar, and in the end the prices were reduced. 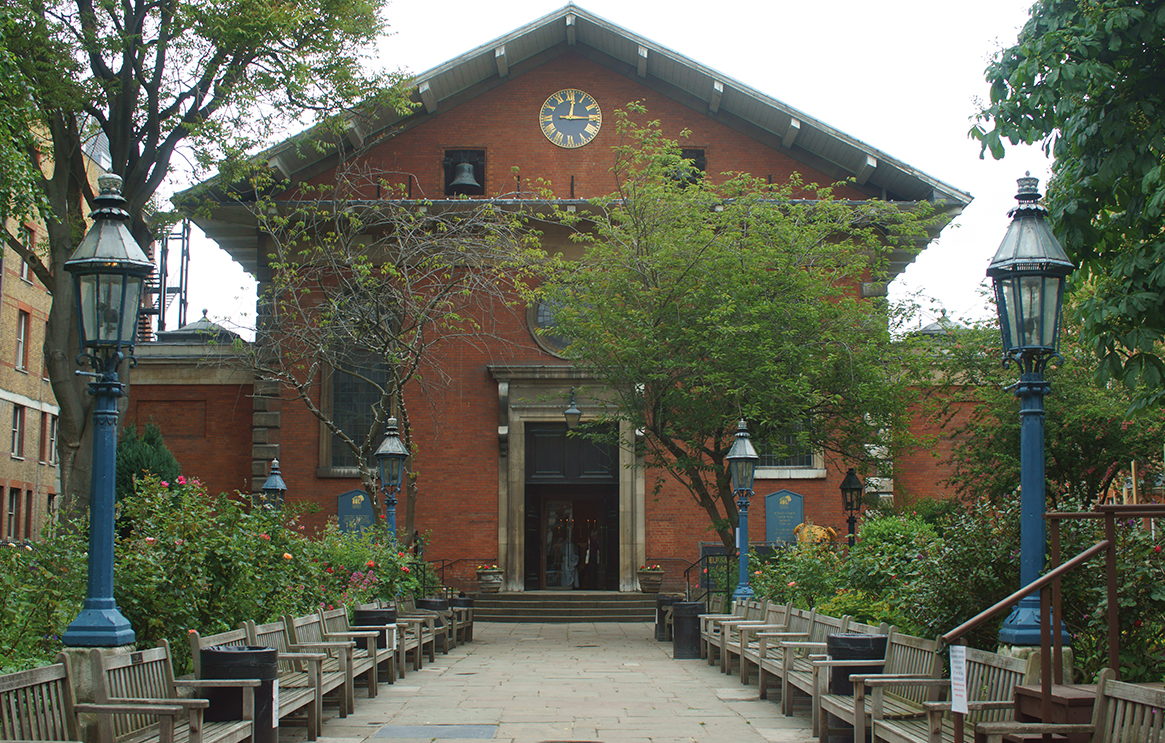 “These days the biggest problems actors have are a mobile phones ringing during performances, and audiences coughing too loudly. I talk about how theatre has lost some of the urgency and danger it once had. Some companies want to bring that back by taking audiences into new spaces or asking them to participate in the performance. London has developed a rich vein of unusual venues over the last decade; from the tunnels under Waterloo Station to the old Tobacco Dock in Wapping.

“I am fascinated by the relationship between London and its theatres. There are over 40 West End venues with a capacity of over 1000 people. They are a part of the city’s architecture and energy – with audiences hurrying to shows, then bursting out afterwards and rushing to the pubs and taxis. The streets are the ‘supporting cast’ to the plays, players and playhouses. I always want my groups to enjoy that to the full.